The Peach State has many must-see attractions, including:

Sponsored Content: From the National Infantry Museum and Columbus B 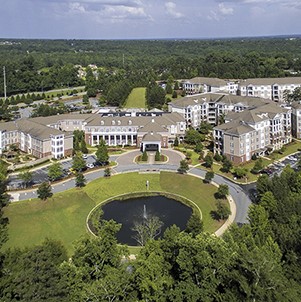 otanical Garden to The Columbus Museum and River Center for the Performing Arts, there’s a lot to see and do in historic and culturally rich Columbus, Ga. Located in Columbus, just minutes from Fort Benning, Spring Harbor is southwest Georgia’s only continuing care retirement community. Nearly 50 percent of the community’s residents are retired military veterans and spouses, and it’s easy to see why: Spring Harbor provides gracious, maintenance-free living with the promise of Life Care and amenities including an indoor pool, bistro, library, and theater on its 40-acre campus. Resi­dents also can enjoy shuttle service and planned outings to the area’s top restaurants, shopping destinations, and attractions. Interested? Learn more here.