Lt. Col. Chuck Howe, USA (Ret), served over 20 years in the military. His career included assignments in Germany and Vietnam as an artillery officer and at Fort Meade, Md., after he transferred to military intelligence. He retired from the Army in 1987 and worked as a government contractor until 2004, when he and his wife moved to her home state of New Mexico. It was then — finally being settled in one place — he had the chance to get involved in the community, something he always longed to do.

That year, he joined the board of directors of the David Westphall Veterans Foundation, which honors America’s veterans and servicemembers by “memorializing the sacrifices they have made and by recognizing the sense of duty and the courage they have displayed as they answered their country’s call to arms.” It does this by supporting the mission of the Vietnam Veterans Memorial, established by Victor and Jeanne Westphall in honor of their son, David, and the 17 Marines who lost their lives in battle near Con Thien, South Vietnam, in 1968.

The foundation recently expanded its mission to support the New Mexico State Veterans Cemetery, located just below the Vietnam Veterans Memorial Chapel. The cemetery held its first interment in July 2020.

Howe, who is president of the foundation’s board, is heavily involved in the day-to-day activities of the memorial, conducting tours and meeting with visitors.

“It’s a place that’s deep in the heart of particularly Vietnam veterans,” he said. “It’s a tremendous place of healing.”

Realizing the challenges many veterans face with recovering from their often-unseen wounds, Howe decided he wanted to do even more to help those who serve and their families.

In 2009, he founded the nonprofit National Veterans Wellness and Healing Center. Located on 18 acres in Angel Fire, N.M., the center hosts weeklong retreats that include a mix of Native American healing ceremonies, equine reintegration training, massage, yoga, aroma therapy, acupuncture, art therapy, reiki, and couples and group counseling sessions for veterans and servicemembers who have PTS and their families.

“What’s unique is the veterans need to come with someone — their spouse, parent, sibling, friend,” explained Howe, “because when they go home, they need someone who knows the program and can hold them accountable.”

To date, more than 750 people have attended retreats.

“The need is way, way beyond the VA or the private sector’s ability to treat the couples,” Howe said.

The center works closely with the David Westphall Veterans Foundation as well as with the New Mexico Department of Veterans Services, which has referred veterans to the center.

“There’s such synergy,” Howe said. “It’s easier to do and takes less time when you’re working together. The people in New Mexico are very supportive of veterans.”

Howe has many goals for both the foundation and the center, including upgrading exhibits and adding a War on Terrorism memorial as well as building an operating facility for the center, which currently works out of a donated building.

With all he is doing, he joked that he has “failed at retirement” but said it’s the positive outcomes for these veterans that keep him motivated.

“At a retreat a few years ago … on the third day of the seven-day retreat, [a veteran] said, ‘You’ve done more for me in three days than everyone else in 10 years.’ It’s the concentrated efforts and the veterans being together and feeding off each other that accelerates the healing,” Howe said. “I’m happy to be working for other veterans and getting them to the right place.” 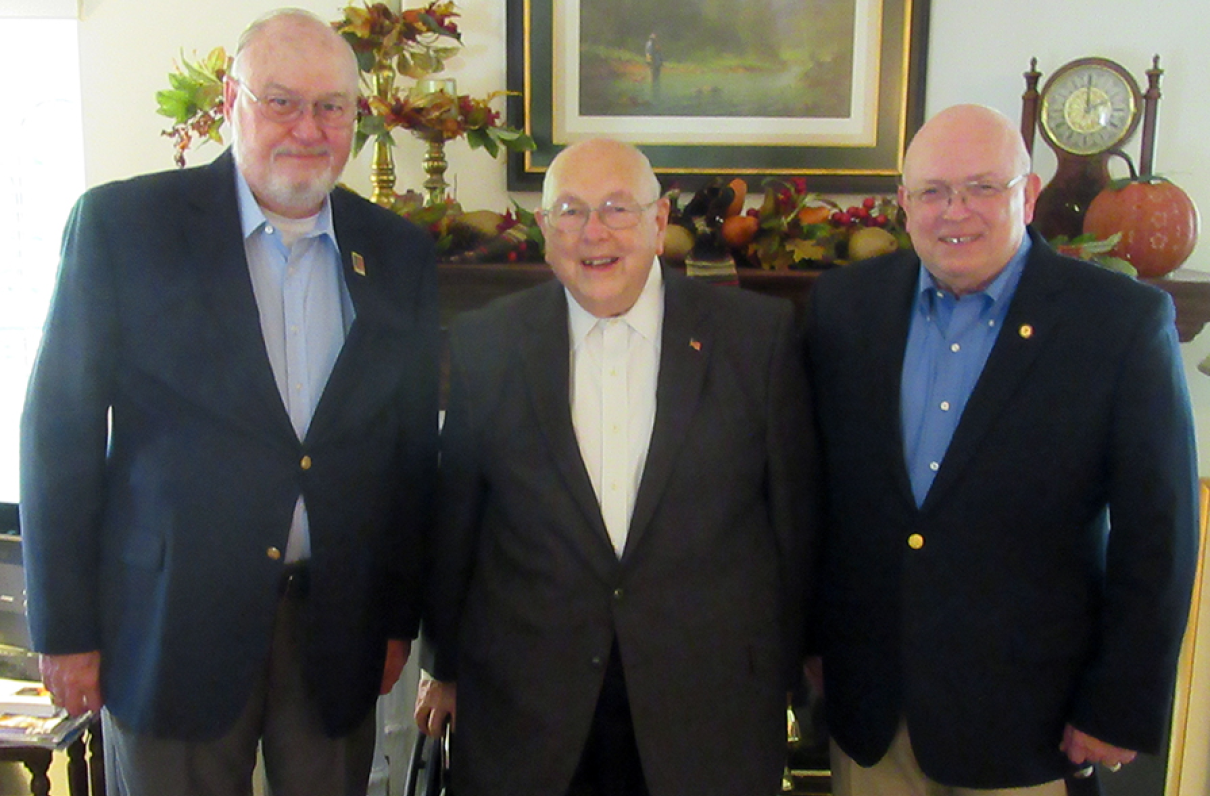 The chapter joined together with nearby Community Lutheran Church to create Loudoun Veterans and Family Support.