(This article by military culture reporter Tony Ware originally appeared in the August 2021 issue of Military Officer, a magazine available to all MOAA Premium and Life members. Learn more about the magazine here; learn more about joining MOAA here.)

The first book Cmdr. Victor Vescovo, USNR (Ret), ever checked out from a library was Stephen Sears’ Desert War in North Africa. While the young Vescovo had yet to fully chart his life’s course, military history and coordinating strategies would continue to be defining facets.

Recognizing ample funding was second only to insatiable curiosity when it came to expeditions, Vescovo studied economics and defense analysis, eventually making a fortune in private equity that facilitated extracurricular activities like climbing the world’s highest peaks. He would also experience different environs during a 20-year career in the Navy Reserve.

Despite a firmly land-based background in intelligence and counterterrorism, Vescovo set his sights on the seas and backed the development of a titanium submersible, the DSV Limiting Factor, which he has piloted to the deepest points in each of the world’s five oceans. Speaking from his home in Dallas, the Texas native shared insights into an explorer’s mentality and his latest achievement: surveying a long-lost part of naval history.

Q. Pressure Drop … Limiting Factor. What’s in a name? Tell me the story behind christening your crafts.

A. The names of all my vessels are actually taken from science fiction. One of my favorite science fiction authors was a Scottish author named Iain Banks, and he had a series of novels ... broadly called the Culture series. And to make a long story short, some of the main characters are actually artificial intelligence-governed vessels in space. They’re enormous. And they are smarter than human beings. And they have very distinct personalities. And they name themselves, and they often give themself unusual names.

So the names of all my vessels are taken from that series. So, Pressure Drop, Limiting Factor, Little Rascal, Xenophobe — those are all names from the series as a bit of an homage to that author. Elon Musk did the same thing for his drone ships that actually received the rockets that land at sea; they are also named after ships from that series.

Q. How did working in military intelligence help you navigate the pain points of an expedition?

A. Planning and executing a military mission is very similar to planning and executing a major mountain climb or a major ocean dive. A lot of it is about intelligence collection on the front end. … Then there’s the planning. As all who have served in the military know, we plan, and then we plan some more, and then we plan even more. The best people in the military are those that can adapt from a plan and take in information in real-time and adjust immediately.

Across all these different things I’ve done, I’ve tried to apply those principles, and they’ve worked pretty well. I very much value my military experience, because it helped prepare me for some of the extreme situations. In the military, the consequences are severe: People die if you make the wrong decisions. In a way, it gives you a good perspective for these other things, where the stakes aren’t quite as severe. You don’t take it too seriously, and you just work the problem. 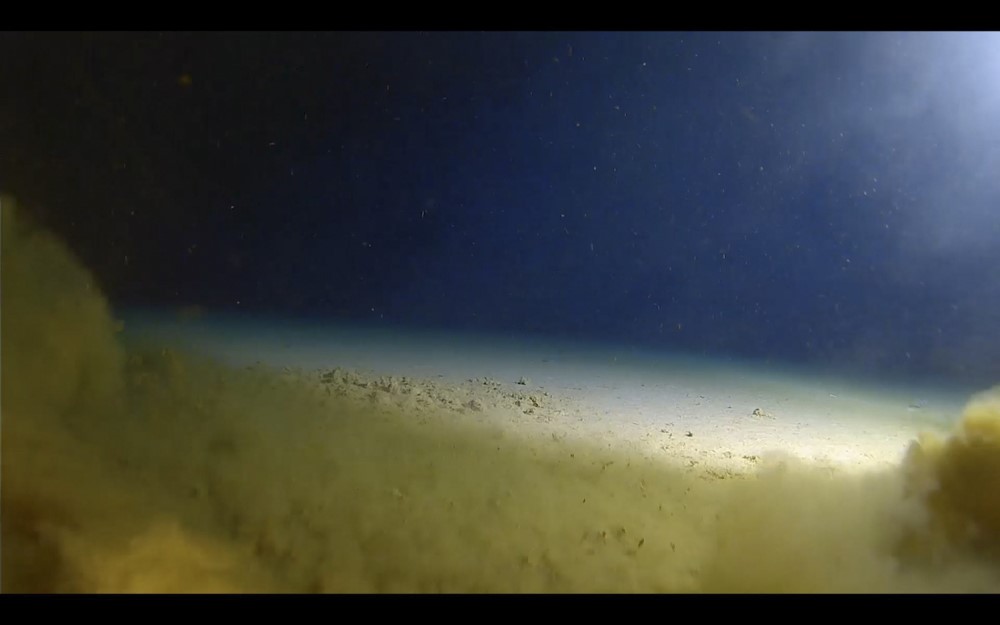 The view from the bottom of the Mariana Trench. (Photo by Caladan Oceanic)

Q. Let’s talk about the most striking and stressful things about being on a deep-sea expedition.

A. Obviously, the first time down to the bottom of Challenger Deep [the deepest known point in the Earth’s oceans] was pretty special. Technologically, we had all these mathematical models, we’ve done all this testing that said I should be fine, but until you actually do go down to the bottom of the ocean in a prototype submersible, in the back of your mind there’s always something saying, “I hope all the math is right, because even the best engineers in the world can fail.” But it did work out well.

So actually reaching the bottom of the ocean that first time was a very special moment. And on that same dive … within the first 15 minutes, I’m cruising along the bottom, and out of the corner of my eye I saw a very sharp angle. And nature doesn’t do sharp angles. Sure enough, there was a piece of human contamination on the bottom of the sea floor, which is really kind of a gut punch. You would expect a completely pristine environment all the way down there, and it wasn’t.

So that was a little bit of the world telling me that, you know, we probably need to be better custodians of the Earth that we live on.

Q. Even after diving to the five deeps, did locating the wreck of the USS Johnston (DD-557) in the Philippine Sea hold special resonance for you?

A. We basically had to do a massive open-source intelligence collection effort to try and figure out where the wreck was. After two unsuccessful dives, we did find the debris field. Then, because the Limiting Factor has an unlimited depth rating, we were able to follow it down slope and we found the front two-thirds with that hull number, 557, clear as day, verifying it was indeed the Johnston [which had been lost in 1944].

It was very special for me as a Navy officer, because anyone that has studied
the Navy history of World War II knows what the USS Johnston did under its captain, Ernest Evans, was just extraordinary. The first Native American in the Navy to be awarded [posthumously] the Medal of Honor, the man, without hesitation, turned his Fletcher-class destroyer to take on not just the greatest battleship ever constructed, the Yamato, but three other battleships and all the other cruisers and destroyers escorting. To find that wreck and to document the condition that it was in was a privilege.