Order these books through AmazonSmile via the links below using MOAA's Scholarship Fund or The MOAA Foundation as your shopping beneficiary. Note: Some vintage books may be listed at collectors' prices; consider a used or digital copy instead.

The Navy, a History: The Story of a Service in Action 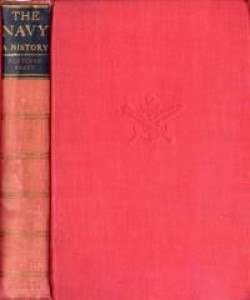 By Fletcher Pratt. Garden City Publishing, 1941. No ISBN.
Pratt (1897-1956) was a prolific writer of history, especially Civil War and naval history. He is also well known for his creation of a set of rules for naval wargaming. This colorful and entertaining history covers American naval history from the American Revolution and the War of 1812 to the Civil War, Spanish-American War, and World War I.
He includes dramatic stories of sea battles, blockades, pursuits, seamanship, technology, ship design and construction, training, traditions, strategy and tactics, even politics, as well as naval figures like Preble, Decatur, Farragut, Dewey, Sampson, Isherwood, Dalhgren, and the “New Navy” of 1940.
The book is out of print, but used copies are available (skip the few, new original copies which are outrageously expensive).

Clandestine Operations: The Arms and Techniques of the Resistance (1941-1944) 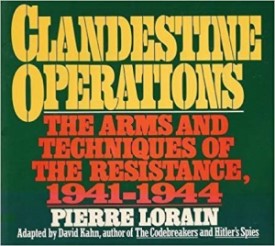 By Pierre Lorain. MacMillan Publishing, 1983. ISBN 978-0-02-575200-9.
Lorain is a French historian specializing in World War II espionage, sabotage, and weapons. Here he describes in detail how the French Resistance was organized and used during World War II, focusing mainly on equipment, weapons, radio communications, codes and ciphers, explosives, and the Black Squadrons employed to deliver and pick-up people and supplies. Lorain provides detailed information on radio sets, transmission techniques, German direction-finding countermeasures, and communication security.
The chapters on weapons cover revolvers and pistols, submachine guns, rifles and carbines, anti-tank weapons, and silencers. He even includes circuit board diagrams for a variety of radio sets. This valuable reference resource for World War II fans is out of print, but used copies are still available. 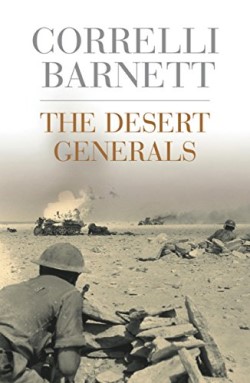 By Correlli Barnett. The Viking Press, 1961. No ISBN.
Barnett (b. 1927) is an eminent British military historian with 20 books on 18th, 19th, and 20th century warfare. This book was republished by Castle in 2003 (ISBN 978-0-785-8159-1-4). Barnett offers the military biographies of the five British 8th Army generals so prominent in the North African campaigns of 1940-43.
He begins with General O’Conner who hammered the Italians, ailing Cunningham hampered by tradition, Ritchie beaten by superior German generalship, Auchinleck a victor and a scapegoat, and finally Montgomery and his El Alamein win but fatal error. This is insightful and unvarnished history focusing on the lessons of generalship, logistics, tactics, and political interference. Excellent. 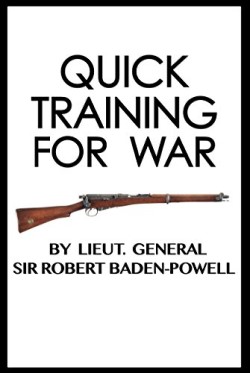 By LtGen. Sir Robert Baden-Powell. Herbert Jenkins, Ltd., 1914 (Osprey, 2011). ISBN 978-1-4728-3794-3.
Originally published in 1914 at the outbreak of World War I, this slim volume was written by Baden-Powell (1857-1941), a highly respected British general officer with extensive combat experience in Africa and India during his career (1876-1910). He wrote 11 books, mostly on reconnaissance and scouting.
This book was intended as a pocket-size, quick reference field manual of practical experience (with illustrations), covering the “Four C’s of Soldiering” – courage, common-sense, cunning, and cheerfulness (think morale).  Specific subjects include infantry combat formations, constructing trenches, marksmanship, concealment, battlefield ruses, fire and maneuver (covering fire), patrolling, small unit morale, and how to properly defend a camp.
These 1914 tactical lessons might seem archaic today, but the basic principles are still valid. 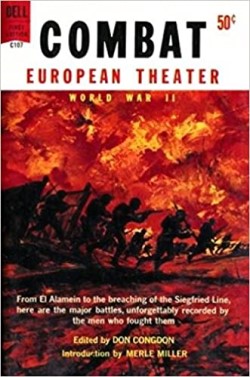 Edited by Don Congdon. Dell Publishing, 1958. No ISBN.
This is one of four paperbacks in a World War II set edited by Congdon and published between 1958 and 1963 (the complete set is still available). The others focused on the Pacific Theater and the wars with Japan and Germany.
Each book contains historical vignettes written by participants, witnesses, and historians. Subjects include Alamein, Tobruk, Anzio, Huertgen Forest, Wake Island, Singapore, Burma, Ploesti, Banzai on Guam, Suicide Creek at New Britain, sinking the Scharnhorst, and the raid at St. Nazaire. In addition to soldiers, Marines, and sailors, officers and enlisted, notable contributors include General Slim, John Masters, S.L.A. Marshall, and Samuel E. Morison.  An excellent collection, well-written and very personal.
Col. William D. Bushnell, USMC (Ret), is a regular contributor to MOAA.org and Military Officer magazine.

Visit MOAA's Member Books page to see a list of recent works from MOAA members in a variety of genres.