As a lieutenant in the Air Force in 1975, Dave Dunlap saw an ad for tap dancing classes and decided to sign up.

A year later, when the Tops in Blue Air Force talent show came around, he had honed his skills enough to merit first place in the Wright-Patterson AFB contest.

Fast-forward nearly 40 years, after serving a 20-year military career, retiring a lieutenant colonel, and then working as an engineer for Teledyne Brown, Dunlap put back on his tap shoes — and added an Uncle Sam costume — to perform patriotic songs during “The Shaping of Uncle Sam.” He has performed the 40-minute patriotic education show 94 times in 14 states. 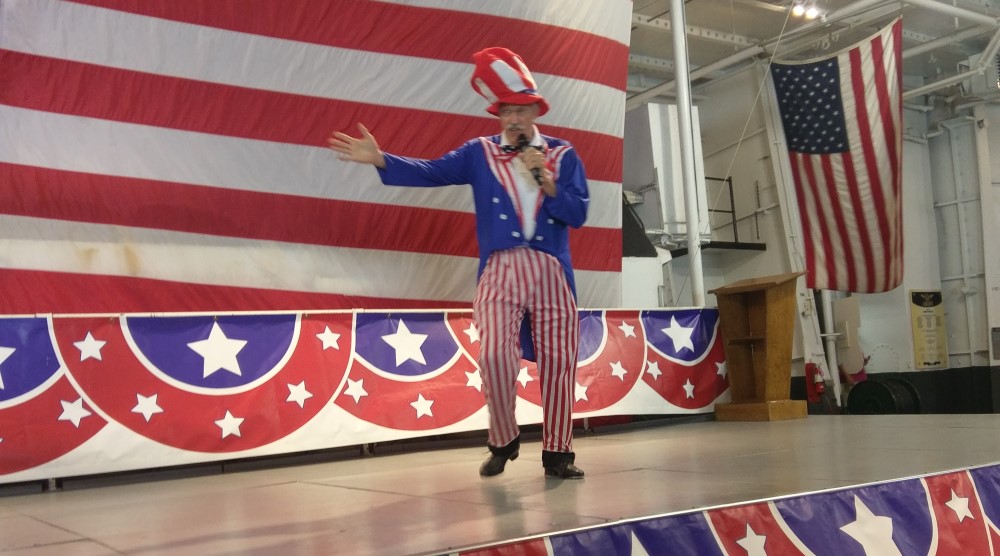 He started the show after getting involved with the Military Order of the World Wars (MOWW), where he serves as director of the Huntsville (Ala.) Youth Leadership Conference and national chairman of MOWW’s Patriotic Education Committee.

“With the youth leadership conference, we focus on American heritage, patriotism, and free enterprise,” Dunlap said. “There’s a message in what I convey. When you tie history to musical tones, you remember it. ... The tap shoes are used to punctuate certain points.”

Dunlap’s last three performances prior to the start of the pandemic were to local Junior ROTC units. He presents awards to local cadets through MOWW and MOAA’s Huntsville Chapter.

He also performs for local veterans’ groups and at school assemblies, tailoring the show to each audience.

He credits an experience while serving in the military with igniting his passion.

Prior to receiving his commission in the Air Force, Dunlap volunteered for the draft and entered the Army in 1970. He served in Vietnam from December 1970 to January 1972. During that time, he attended a USO show featuring Miss America contestants.

“It was a disappointment to me,” he said of the show. “There were no instruments, and I think they lip-synced the whole time.” He realized he could do better given the chance.

“It’s a mission for me,” he said. “The kids, especially, seem to love it. It’s very rewarding.”