The new U.S. Space Force is moving forward with plans to announce key information about its development, even as the military ramps up its response to the coronavirus outbreak.

"The naming of our space professionals, we did a crowdsourcing ... with over 700 responses to that, and we're narrowing down that list, and I think you'll be hearing an announcement on that in the very near future," Raymond, the first-ever chief of space operations, told reporters during a briefing at the Pentagon.

The Pentagon in February began soliciting ideas from individuals already assigned to the fledgling service in an effort to decide on a future, gender-neutral nomenclature.

"We are moving out at full speed," Raymond said.

However, the service chose to cancel an upcoming exercise in the Washington, D.C. area, "Space Flag 20-2," scheduled for April. Raymond said that three members of the 16,000 or so civilians and active-duty airmen currently assigned to the Space Force have tested positive for the coronavirus, also known as COVID-19.

Some 16,000 personnel who used to make up Air Force Space Command are now technically assigned to the U.S. Space Force, following Trump's signing of the fiscal 2020 National Defense Authorization Act in December.

Officials recently said that probably about 6,000 of those members appointed to the service will be offered the opportunity to formally transfer into the Space Force by year's end.

Other pending Space Force decisions include uniform updates, insignia as well as a logo design. Those would follow the USSF official seal, which President Donald Trump unveiled in a tweet in January.

Raymond said the Space Force has officially created its first flag, which will be unveiled during various naming ceremonies as space-mission Air Force bases will transfer and become designated Space Force facilities.

Naming ceremonies will be scheduled when they can be conducted "in an appropriate manner, [while] keeping everyone attending these ceremonies safe," Raymond said.

Raymond, who is technically the first and only member who has transferred and sworn an oath to the U.S. Space Force, said commissioning and transferring personnel is expected to continue. For example, roughly 64 cadets graduating from the Air Force Academy in May will directly commission into the service, he said.

Raymond on March 27 said those plans are still "on track." 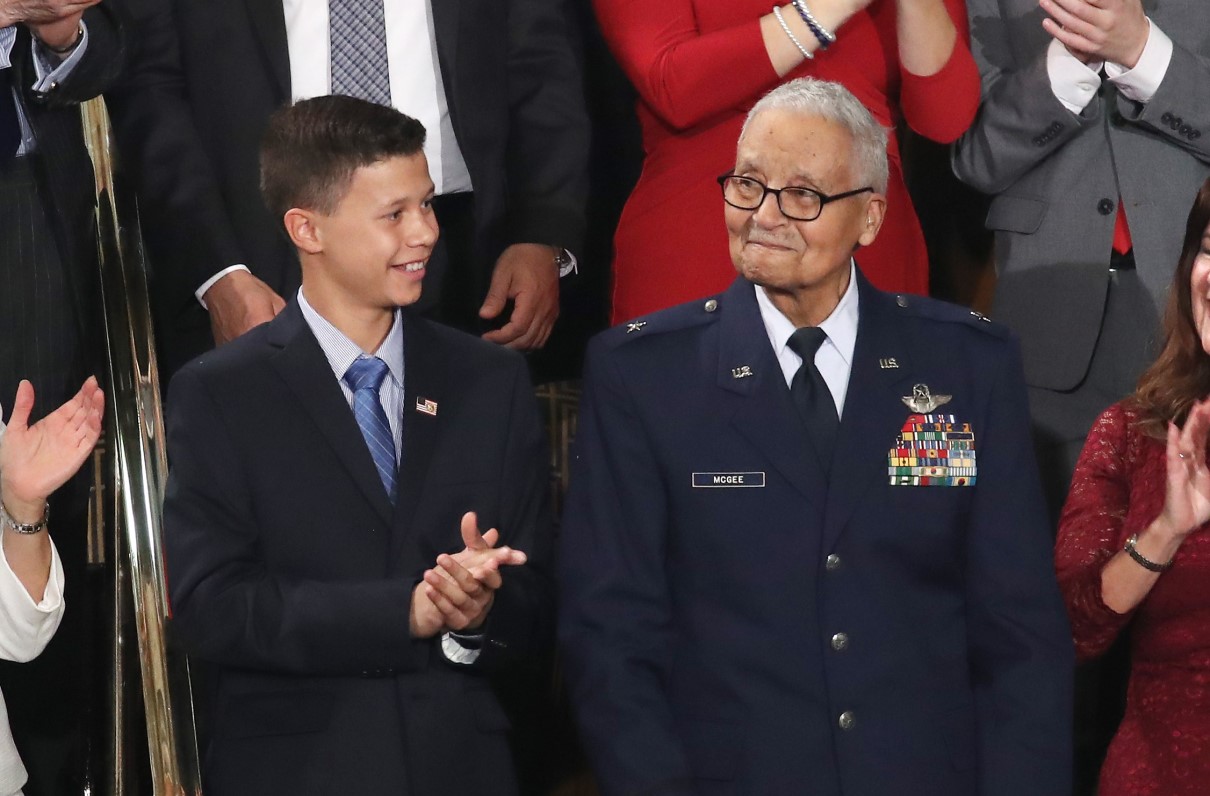 The prominent delta symbol on the seal dates back to 1942. Learn more about the design.