For retired Navy Rear Adm. Frank Thorp IV, serving as president and CEO of the United States Navy Memorial in Washington, D.C., allows him to continue to serve the Navy in retirement. “I truly am one of those people who wakes up and finds myself going to the job of my dreams,” he said.

Each year, tens of thousands of guests visit the free memorial — on Pennsylvania Avenue, halfway between the White House and the U.S. Capitol — attending more than 300 events each year, taking in major exhibits in the visitor center, and studying the largest map in the world, known as the “Granite Sea.” The memorial also is home to the iconic Lone Sailor statue, towering masts with signal flags, fountain pools, and 26 bronze sculptures depicting Navy history.

The memorial was developed from a centuries-old dream for America’s Sea Services. When architect Pierre L'Enfant designed Washington, D.C., he envisioned a memorial that would celebrate the rich heritage of the U.S. Navy. His vision would be realized more than 200 years later, when former Chief of Naval Operations Adm. Arleigh Burke and his Navy colleagues, including former Chairman of the Joint Chiefs of Staff Adm. Tom Moorer and former Chief of Naval Operations Adm. Elmo "Bud" Zumwalt, formed a nonprofit organization called the United States Navy Memorial Foundation in the spring of 1977.

Under the leadership of Rear Adm. William Thompson, USN (Ret), the Navy Memorial received the blessing of Congress to construct a memorial on public land in the District of Columbia. A bill was introduced in the Senate and House in 1978 and was signed into law in 1980 by President Jimmy Carter — himself a U.S. Naval Academy graduate.

The mission of the Navy Memorial is “To honor, recognize and celebrate the men and women of the Sea Services, past, present and future; and inform the public about their service.”

This focus on people is something Thorp values; when he talks about the U.S. Navy, his conversation immediately goes to people he has worked with:

An active member of MOAA, Thorp has done everything from running a 10-mile race with the association to helping with a retirement seminar, and he credits MOAA with helping improve benefits for military personnel. “MOAA is such a strong and influential organization,” he said.

Of members of the military, Thorp said, “We have a higher calling to represent America and Americans. How fortunate I have been to be in the Navy … part of an organization bigger than myself.”

Find details on visiting or donating to the United States Navy Memorial online or by calling (202) 380-0710. 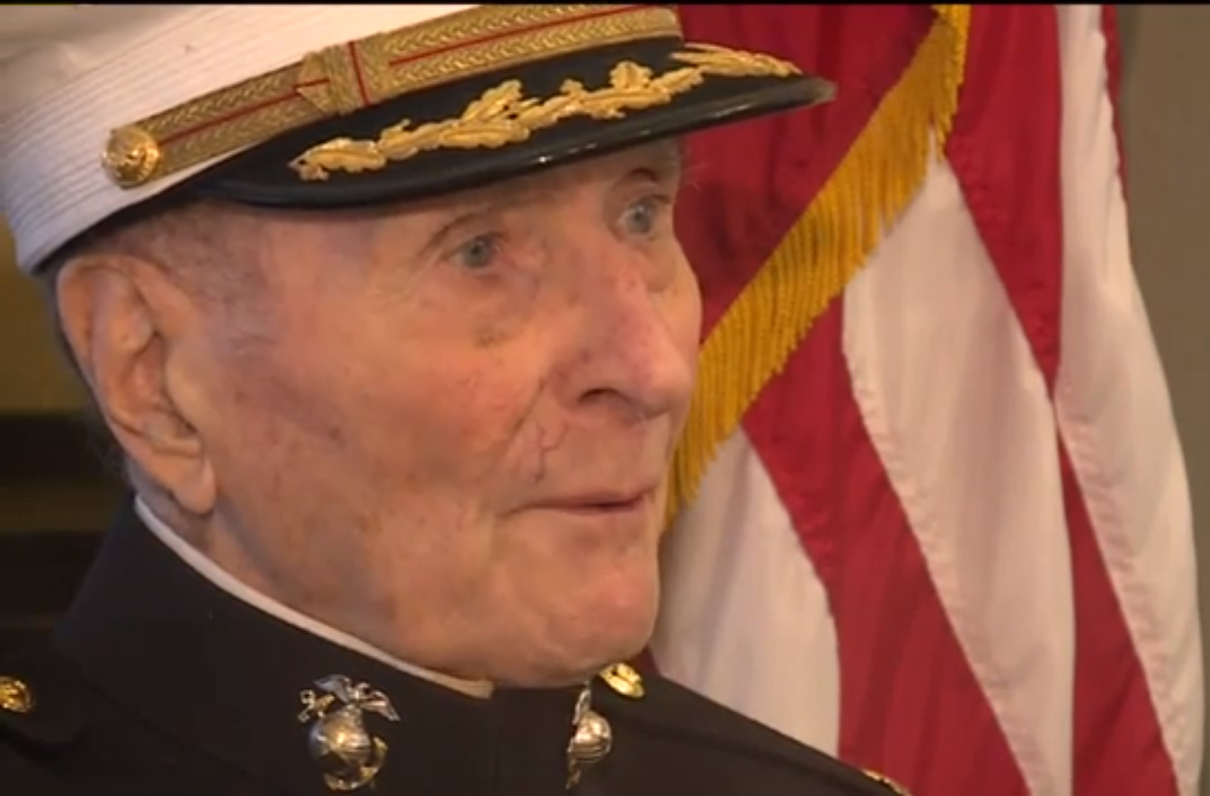 Here's how a Marine Corps retiree found his way into the hearts of thousands across the country.