This article by Kimberly Lankford originally appeared in the January 2020 issue of Military Officer, a magazine available to all MOAA Premium and Life members. (Learn more about the magazine here; learn more about joining MOAA here.)

But they also tend to move frequently — sometimes with little notice — and they won’t receive any pension if they don’t stay for 20 years. They also lose a lot of their job stability and tax benefits when they leave the service. Even if you have a steady paycheck now, you still need to protect your finances from a possible economic downturn.

“A recession or market downturn is part of the economic cycle — it is going to happen. If you aren’t prepared, the consequences might force you to make some changes to your lifestyle and your financial goals and force you to make some uncomfortable decisions,” says Capt. Gene Summerlin, USN (Ret), a financial adviser with Edward Jones in Fairfax, Va. “We want to be in a situation where when the market turns down, we’re ready for it and prepared.”

People who panicked in 2008 and pulled their money out of the stock market missed out on the gains from the recovery. “Part of your planning is that emotional discipline,” says Summerlin, who flew P-3s as a Navy aviator. “The key is keeping a long-term perspective.”

The following steps can help you take advantage of special military benefits and protect your finances at each stage in your career.

If you’re just starting out, you might not think you can afford to set aside money for emergencies and save for retirement. But this is an important time to build a foundation for your financial future.

“The first thing I would do is pay down credit-card debt, because the rates will spike if you fall the least bit behind on any card,” says Lt. Col. Patrick Beagle, USMC (Ret), a certified financial planner with WealthCrest Financial Services.

2. Build up an emergency fund. Even though you have a steady paycheck, you still need an emergency fund to cover unexpected expenses, such as car repairs. And you might need a larger emergency fund if you’re married and your spouse’s job isn’t as stable. Summerlin recommends keeping three to six months’ worth of expenses in a savings account or money-market account for emergency expenses.

3. Consider deferring large purchases. “The economy has been on a 10-year tear. All parties come to an end, and there are signals that the lights are dimming,” says Beagle, a MOAA Life Member and former helicopter pilot. “Maybe now is not the time to buy a new car. Perhaps try saving for the car over the next couple years, paying a phantom payment to yourself. Then use that pot of money later to buy your new ride. You trim risk, save money that can double as reserves in a pinch, and avoid mandatory debt payments.”

4. Start saving in the Thrift Savings Plan (TSP). Even if you can only afford to set aside a little money from each paycheck in the TSP, you’ll start to build up tax-advantaged savings for the future. And if you’re in the Blended Retirement System, DoD will match your contributions up to 5% of your income.

“The most important thing is to start saving early for retirement, even if it’s just $25 per month,” says Summerlin. “Dollar cost averaging — investing a fixed amount each month — is a very efficient way to accumulate wealth. ... By starting earlier, you can start with a smaller amount and stay consistent and invest.”

Life gets more complicated as you move up the ranks. You might be married with children and competing expenses — and more at risk during a recession.

1. Review your cash flow. “At this age, you have a lot of demands on your income, so you have to get lean ... with your family budget and cash flow plan,” says Lt. Col. Shane Ostrom, USAF (Ret), CFP®, program director for finance and benefits at MOAA.

Trimming unnecessary expenses will help you save more in an emergency fund and retirement accounts. Capt. Ted Digges, USN (Ret), executive director of the Veterans Center at the American College of Financial Services (and a MOAA Life Member), recommends using software such as Quicken or Mint to track expenses.

2. Think twice before buying a house. You might feel like it’s time to buy a home for your family, but this could be a big financial risk.

“To make money on a house in a very short-term period, such as two or three years, you have to have an outstanding housing market that is expanding while you’re there,” says Ostrom. “It’s very difficult. You’re better off finding an affordable rental.”

3. Ask yourself some questions before you decide to buy. “How long are you likely to stay there? Is there a potential for a follow-on tour, or is this where you’d like to retire?” says Summerlin.

Assess the local rental market (and your tolerance for being a landlord) in case you have to rent out the house before the market rebounds. Digges moved 15 times in his 27-year military career and says owning a home added an extra layer of stress.

4. Invest for the long term. Add a portion of extra money from a raise or promotion to your TSP. And don’t let fear of a market downturn lead you to become too conservative with your investments. Over the long run, stocks have performed better than other investments, and if you panic and pull your money out of the market, you’ll miss the benefits when the market turns around.

“I tell people that market volatility is a natural course of events,” says Ostrom. “The market is up 75% of the time, but you have to be in it. A down market is an opportunity to build wealth.”

5. Make sure your investments match your timeframe. A target-date or life-cycle fund, such as the L Fund in the TSP, creates a diversified portfolio based on the date you plan to start withdrawing the money and gradually shifts to more conservative investments.

[RELATED: New Survey Shows Which Military Members Get Scammed the Most]

By this point in your career, your income and responsibilities are larger, and you’re also thinking about the next steps. If you plan to separate from the military before retirement, you’ll need to prepare for higher taxes and less job stability. And even if you plan to serve at least 20 years and qualify for military retirement pay, you’ll still face some financial risks during a recession.

1. Prepare for the next phase. If you take a civilian job, your income will need to be higher to cover the same cost of living because you’ll no longer have a tax-free housing allowance, you might need to pay for health insurance, and you’ll have to pay income taxes in the state where you live (even if you had established a domicile in a lower-tax state while you were in the military). Digges recommends ramping up your networking and job search at least six months before you plan to leave the service.

2. Protect your finances. Build up your emergency fund and pay down credit-card debt while you still have the stability of a military paycheck.

“I decided I wanted to be a financial adviser, but my daughter was still in college,” says Summerlin. “I had a good job and it paid well, and I waited until she was out of college to decrease the financial risk.”

Retirees can no longer afford to ride out the market’s ups and downs if they need the money soon. A military pension isn’t affected by a recession, but it might not cover all of your expenses. You don’t want to risk having to sell investments for a loss during a down market to pay your bills.

1. Monitor your investments. “My job is to make that money last as long as possible, and I typically plan to age 100,” says Summerlin. “People always laugh, but I say my worst nightmare is if you run out of money at age 98. We meet and review your portfolio every year — and in most cases, at least quarterly — to make sure that we minimize the downside as much as possible.”

2. Prepare for current and future expenses. You might still have 20 or 30 years more in retirement, so you usually can’t afford to shift everything to conservative investments.

“You can’t just put all of your money under the mattress or into laddered CDs because you’re not going to be able to keep up with growth and inflation,” says Ostrom.

He recommends keeping enough money in cash to cover three to five years of expenses, then investing the rest for the longer term.

“That allows you to live through the volatile markets.”

Kimberly Lankford is a freelance financial writer and military spouse from Lynchburg, Va. 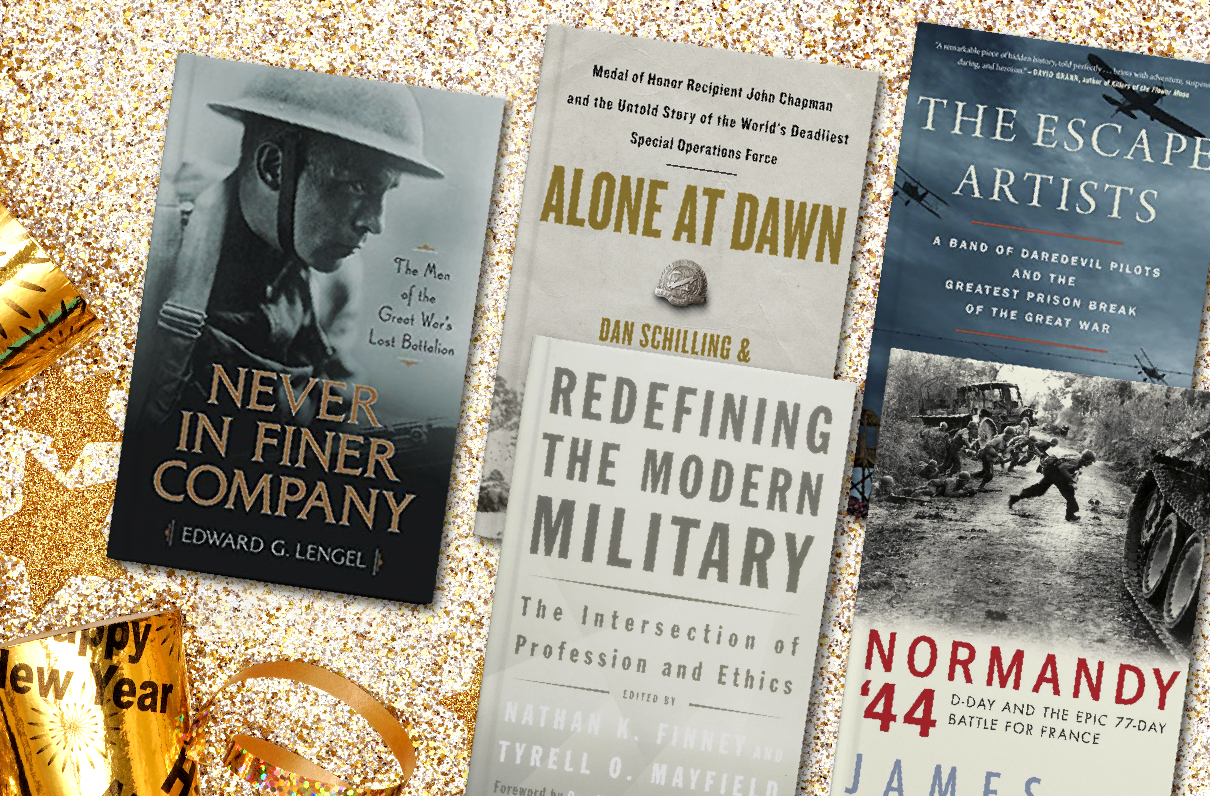 From military culture to heroism spanning a century, settle in for these good reads. 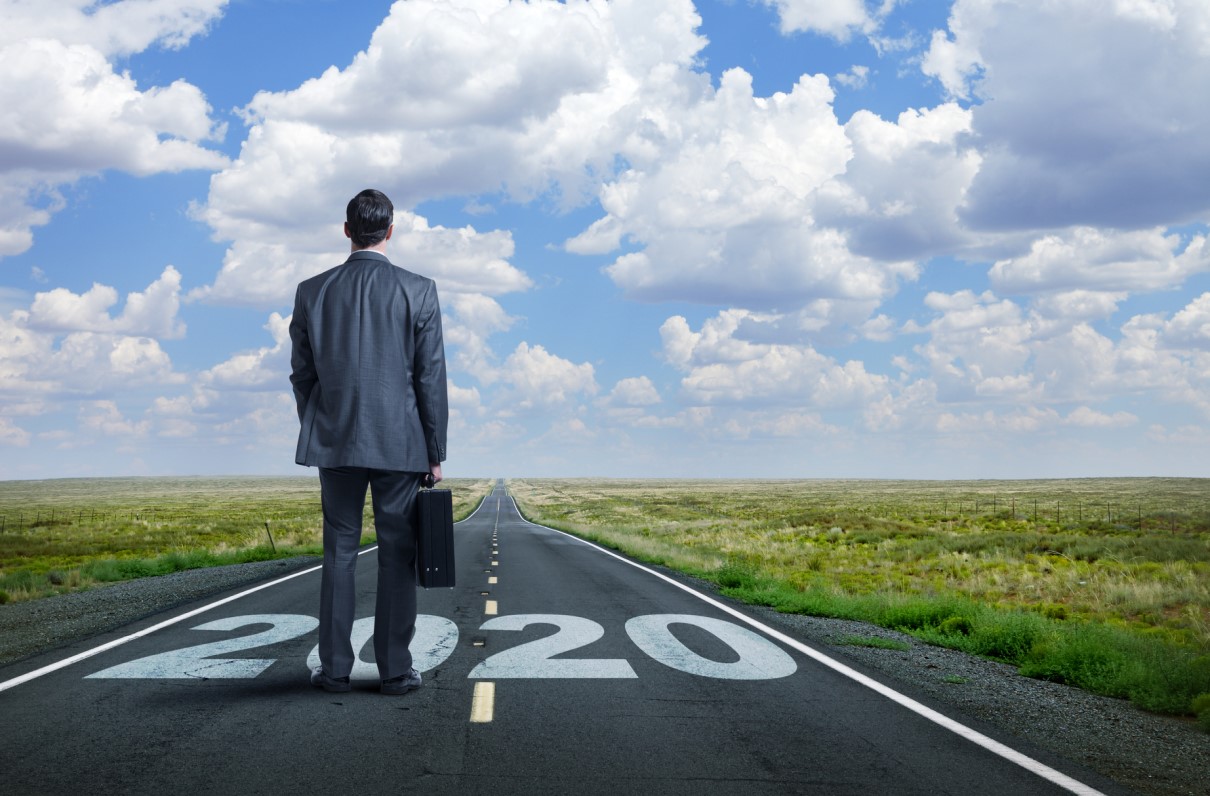 How to get to the top, and stay there, in the new year.