The struggle for equality of races, genders, and ethnicities at the Defense Department has undergone many positive transitions since the end of World War II. In 1948, President Truman signed Executive Order 9981, which prohibited discrimination "on the basis of race, color, religion or national origin.” In a second bold move, Defense Secretary George Marshall established in 1951 the Defense Advisory Committee on Women in the Services (DACOWITS). It provided recommendations on matters and policies relating to the recruitment and retention, treatment, employment, integration, and well-being of women in the service.

These initiatives started a process of development of personnel policies at DoD that underwent a difficult period of transition and were affected by the civil rights and women’s liberation movements that followed. Today, DoD is an example of the success that these policies caused. They resulted in a fully integrated organization with minimal race-related problems and positive career advancement for minority members. Although there is more work to be done, it is fair to mention that the number of African-American and female officers have attained increasing promotion rates to flag and general officer ranks, some attaining the 4-star level.

[JOIN MOAA'S BOARD OF DIRECTORS: MOAA draws its strength from a diverse set of forward-thinking leaders. Are you ready to serve?]

Counter to these successful outcomes, there are other groups severely lacking in representation in the senior ranks of military and civil service levels. One of these groups has a strong tradition of exemplary service to our nation. As a group, Hispanic American military numbers show the most growth in the past 20 years, according to a 2017 military population study by the Center for Naval Analyses. Yet, when our junior Hispanic American military members look to the top, they fail to see adequate representation of their ethnicity there. Where are the current Admirals Farragut or Rivero, or General Cavazos of this generation?

In the past, numerous reports and initiatives have studied the problem of underrepresentation of American officers of Hispanic descent in the flag and general officer ranks. One initiative, the Defense Advisory Council for Hispanic Issues was short-lived in 2001 and received limited interest from senior DoD leadership. In 2009, the National Defense Authorization Act established the Military Leadership Diversity Commission. The commission was led by Gen. Lester Lyles, and reached the following conclusion and recommendations:

When the commission offered its report, the then-Chairman of the Joint Chiefs, Adm. Mike Mullen, commented; “…because we had prioritized on African-Americans, we were nowhere with Hispanics, nowhere.”

Sadly, the recommendations spawned other studies and analyses but to date have not impacted the problem nor improved the numbers of Hispanic senior officers. The figures are actually lower today than in any of the past 20 years. In 2019, the total number of Hispanic admirals and generals fell to under 1% of the top tier force with the retirement of two 3-star generals.

Why is this important? The numbers tell the story. Hispanic Americans are the largest minority group in the United States. Numbers before the 2020 census state that the population has reached 18-20% of the total. At DoD over 15% of the force and 7.5% of the officer corps are Hispanic, according to the CNA analysis. Yet, when they seek a guiding hand from senior members of the military, a mentor, they currently can not find a representative from their ethnicity to guide them. So increasingly they leave the service unable to reach the levels of professionalism they are capable to attain.

To address this national imperative, a group of senior officers and civilian leaders have created the Hispanic Veterans Leadership Alliance (HVLA) to assist government and civic rights organizations in finding solutions to the problem. The three-year effort has increased the awareness within the U.S. government and the HVLA has recently partnered with the Congressional Hispanic Caucus and Pentagon personnel offices to search for solutions. In the Latino Magazine, Fall 2019 edition, Congressman Gilbert R. Cisneros, Jr. (D-CA) said:

“According to the Congressional Research Service, servicemembers of Latino origin account for about 18 percent of enlisted personnel, but only about 8 percent of the officer corps and less then 2 percent of General/Flag officers…The Hispanic Veterans Leadership Alliance emphasized to us that a lot of this stems from a lack of mentorship of Latinos coming up through the ranks.”

At the HVLA, we have sat down with civilian and military leaders and explained the problems outlined above. We have partnered with several of them, wrote letters, and attended topical meetings in Washington, DC. But there still is no progress in our recommended courses of action. We simply can not afford to wait another 10 years for DACOWITS to extend their charter, or for DoD leaders to be accountable for their actions, for a mentoring program to be established, and finally, for the promotion of qualified Hispanic officers to the flag ranks.

About the Author: A recent graduate with a masters of history at Claremont Graduate University, Brig. Gen. Aponte is currently writing on military history and presenting his findings at conferences and public events. He is also the chair on the American Values and Norms Working Group of the American College of National Security Leaders. A 34-year career as a citizen-airman was marked by 25 years in international politico-military affairs. He retired as the Director of Innovation and Experimentation (J7) of U.S. Southern Command where he also served as Deputy Director of Operations. He is a Command Pilot, a graduate of the Air War College, the National Security Course at the Maxwell School of Syracuse University, and the U.S. Marine Corps Weapons and Tactics Instructor School. 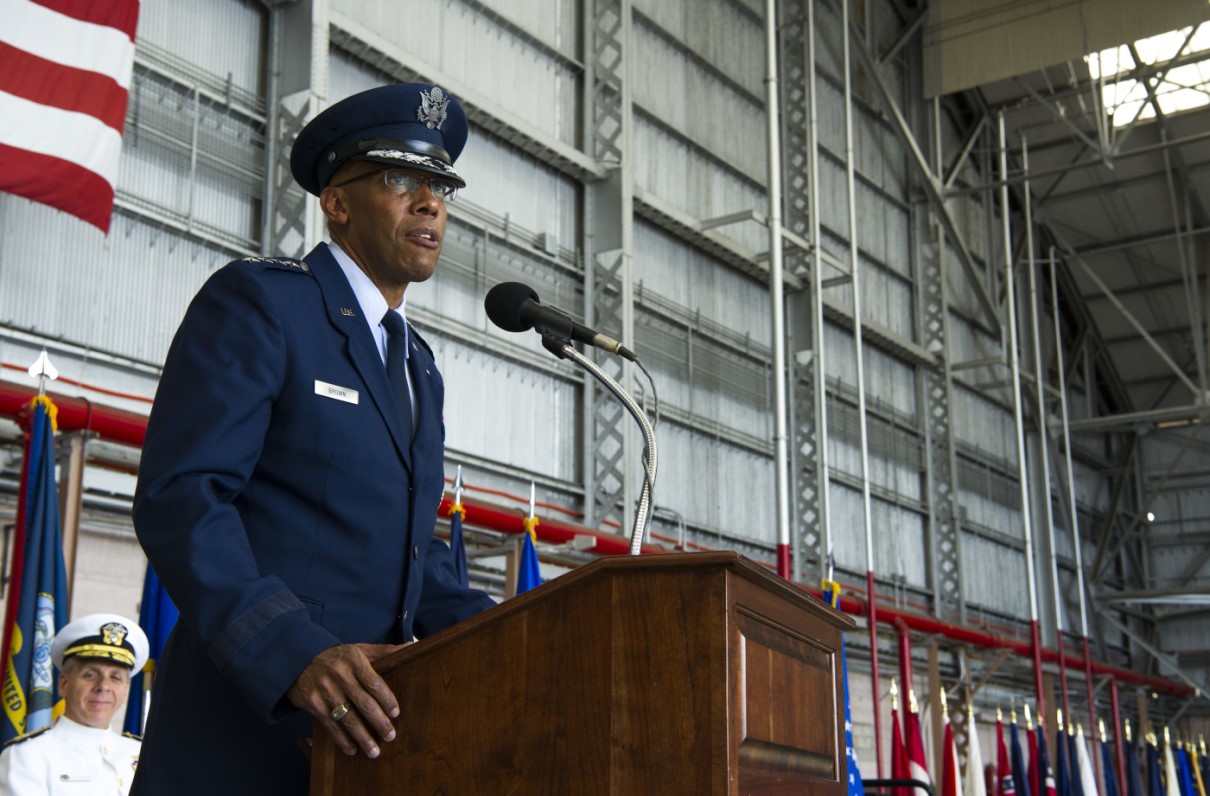 Gen. Charles "CQ" Brown, currently the head of Pacific Air Forces, would be the 22nd Air Force chief of staff. 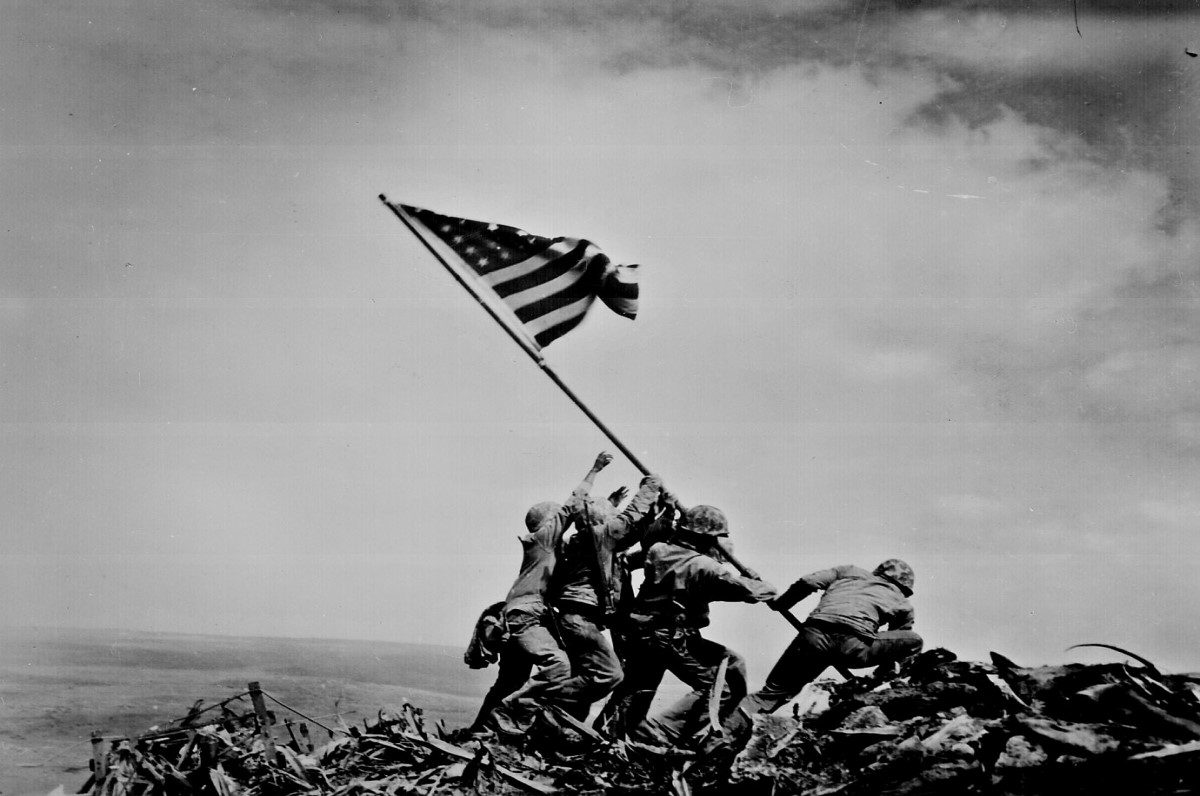 From famous servicemembers to history-making leaders, learn more about these resources.