Editor’s note: This article by Steve Beynon originally appeared on Military.com, a leading source of news for the military and veteran community. 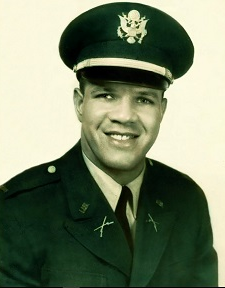 Capt. Paris Davis, who disobeyed a direct order to abandon the battlefield and his Special Forces team, saving lives during an intense firefight during the Vietnam War, is getting close to receiving the Medal of Honor after over five decades of roadblocks.

A Pentagon official told Military.com on the condition of anonymity that Davis' nomination was approved by Gen. Mark Milley, chairman of the Joint Chiefs of Staff, in early November. It now sits on Defense Secretary Lloyd Austin's desk and then would also need to be approved by President Joe Biden.

Davis, a Black man who retired as a colonel, was nominated for the award by his chain of command following the hectic battle in 1965 and then again years later. But that nomination never progressed, and records of that process were lost by Army administrative officials at least twice, according to reporting for The New York Times.

Davis' valor leading an early morning raid was seemingly never in question, with the Army citing his heroic deeds for multiple awards. Instead, the issue was the color of his skin, according to Davis.

"I know race was a factor," Davis said during a television interview in 1969.

[RELATED: ‘The Wall’ Turns 40: Reflections on the Vietnam Veterans Memorial]

Davis was one of the first Black officers in Special Forces and joined during a period when violence tied to preventing racial equality in the U.S. was at a peak and as Army units were desegregated.

He was shot in the arm and leg during the 1965 battle. Many on his 12-man team were injured, including one soldier he was desperately trying to get to but was stuck in mud and under jungle debris with enemy machine gunners peppering the ground around those attempting rescue.

Davis was ordered by a colonel watching the battle from a helicopter above to retreat, which would mean leaving some of his teammates behind. Some of those soldiers were still likely alive.

"I told him, 'Sir, I'm not going to leave; I have an American still out there,'" he said during the 1969 interview. "I said some words I don't care to repeat, I did a little swearing I think was due to the intensity of the situation."

The small special forces team, and 90 South Vietnamese troops, fought off waves of enemy fighters for nearly 10 hours until reinforcements arrived. Davis and all the Special Forces soldiers made it out alive.

"We were stacking bodies the way you do canned goods at a grocery store," Davis said in the television interview.

Davis is yet another Black man who had to wait decades for awards to mark his valor, a wrong the Pentagon has slowly been trying to correct in recent years.

In 2021, after years of delay, Biden awarded the Medal of Honor to Alwyn Cashe, the first Black service member to receive the award since the Vietnam era. Cashe died rescuing his soldiers from a burning Bradley vehicle during the Iraq War. In 1997, President Bill Clinton awarded the medal to seven Black World War II veterans, including Lt. John Fox who died directing artillery fire at his location to limit a German advance.

Davis, 83, retired in 1985 after serving as commander of 10th Special Forces Group.

Donate to the MOAA Scholarship Fund and The MOAA Foundation at the link below.