The act will open VA care to millions of Post-9/11 servicemembers, allow more veterans to receive care for Agent Orange and similar herbicide exposures, add to the list of conditions presumed connected to burn pits and other toxic exposures, and expand VA’s physical and staff infrastructure. 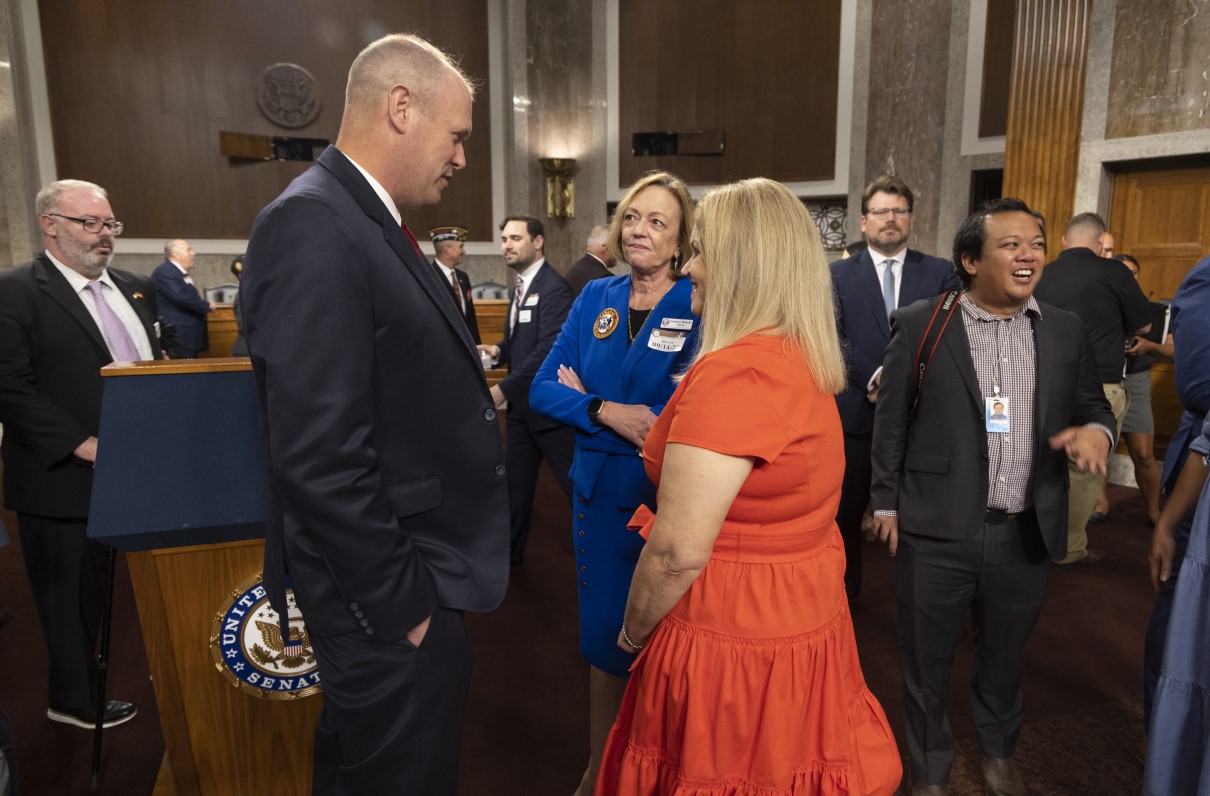 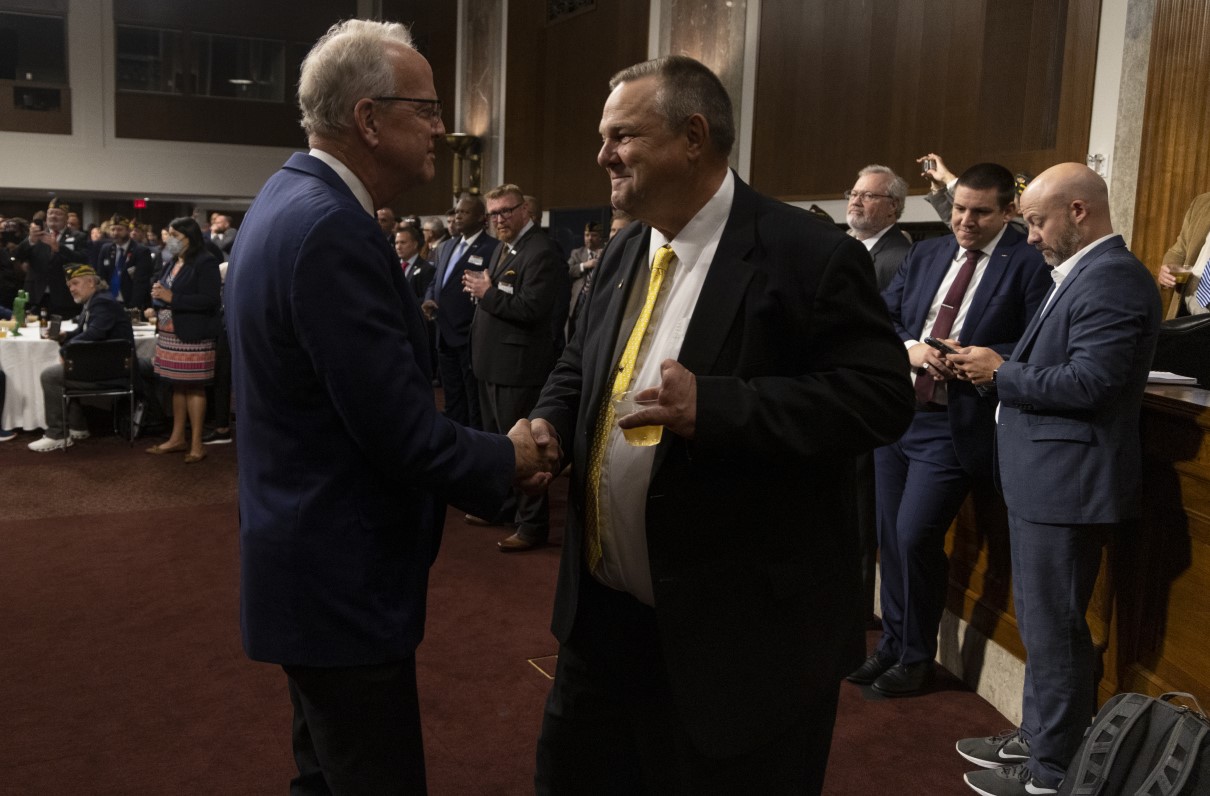 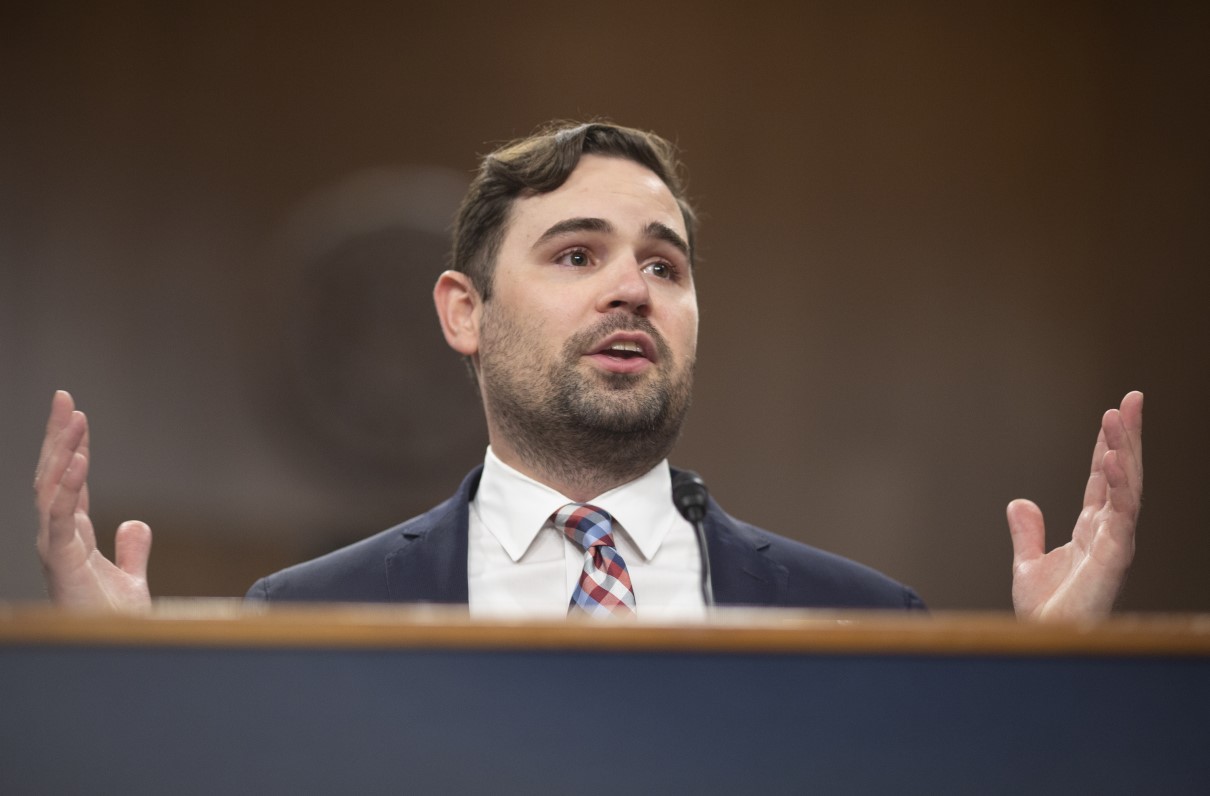 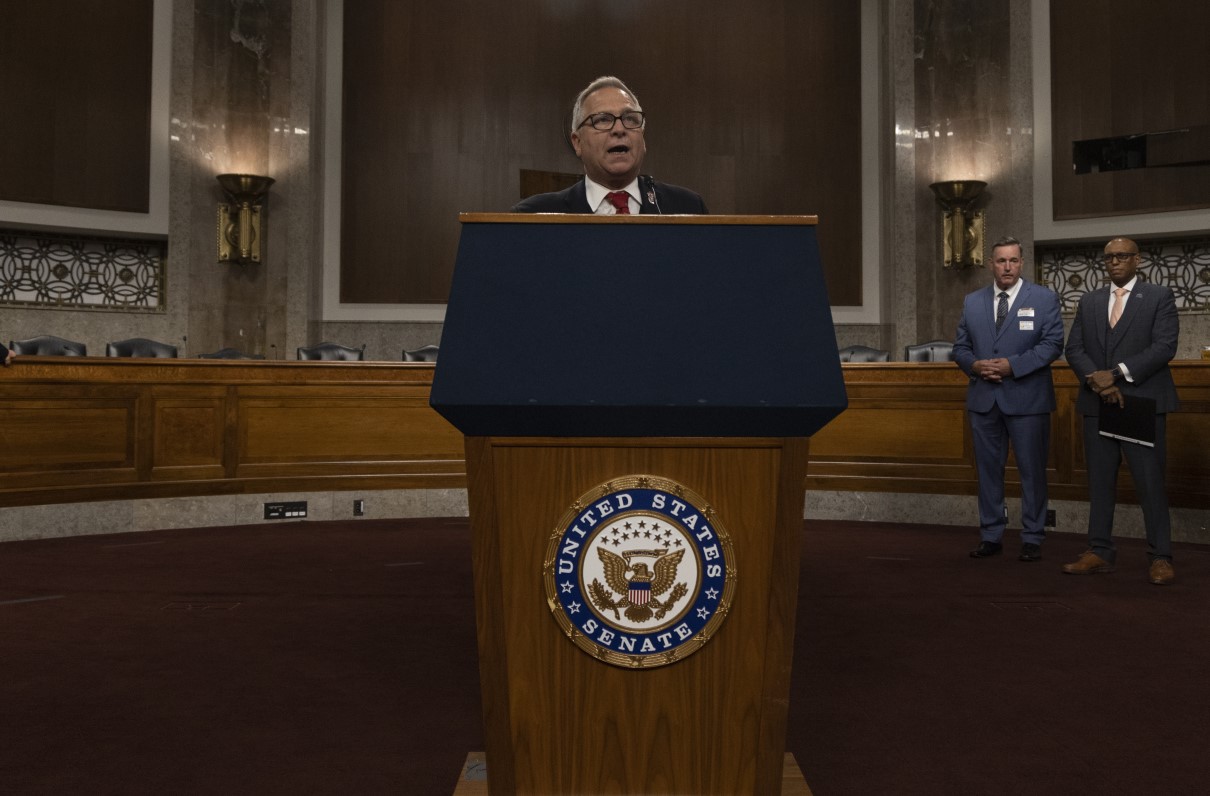 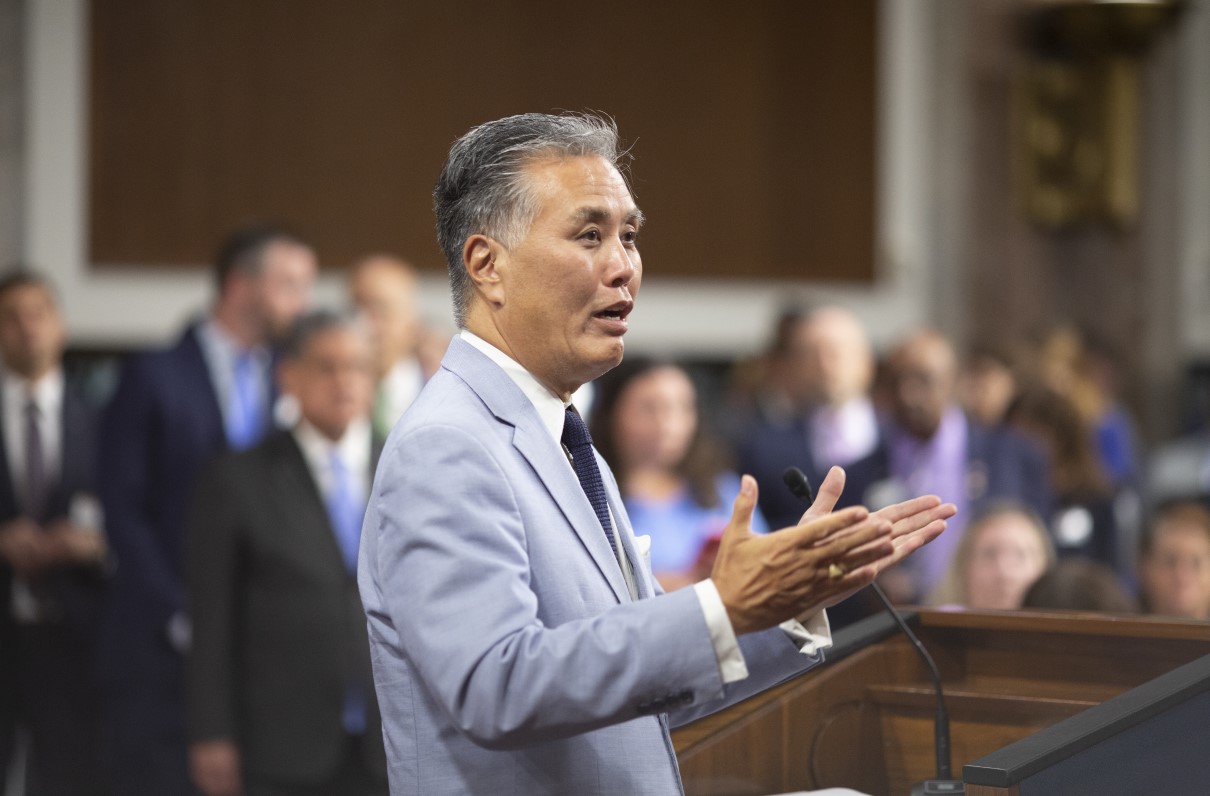 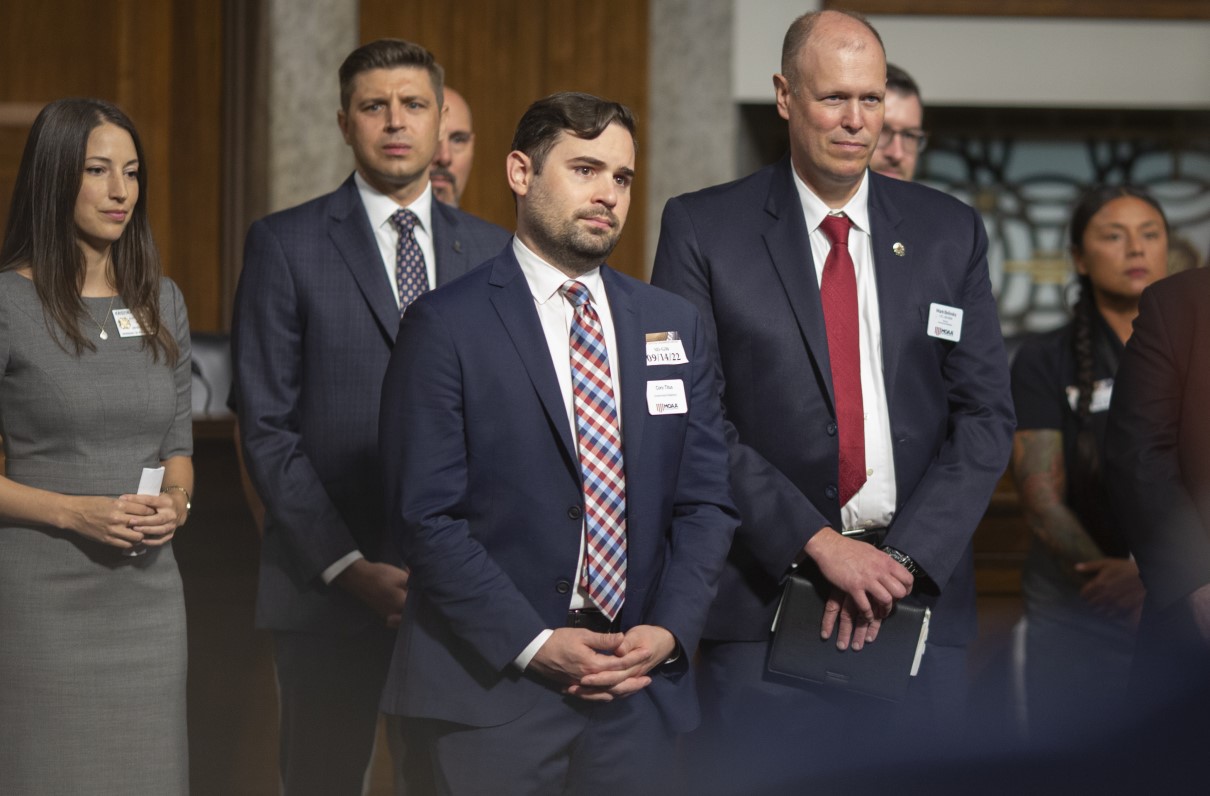 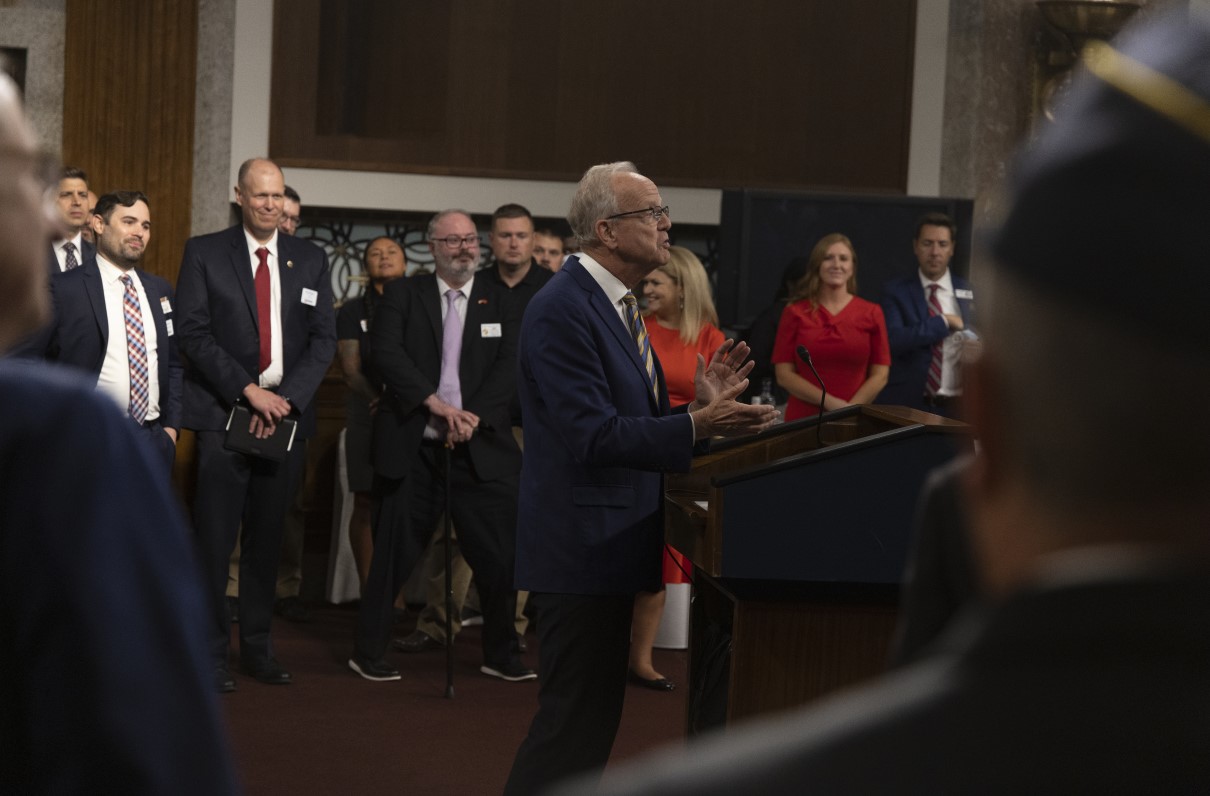 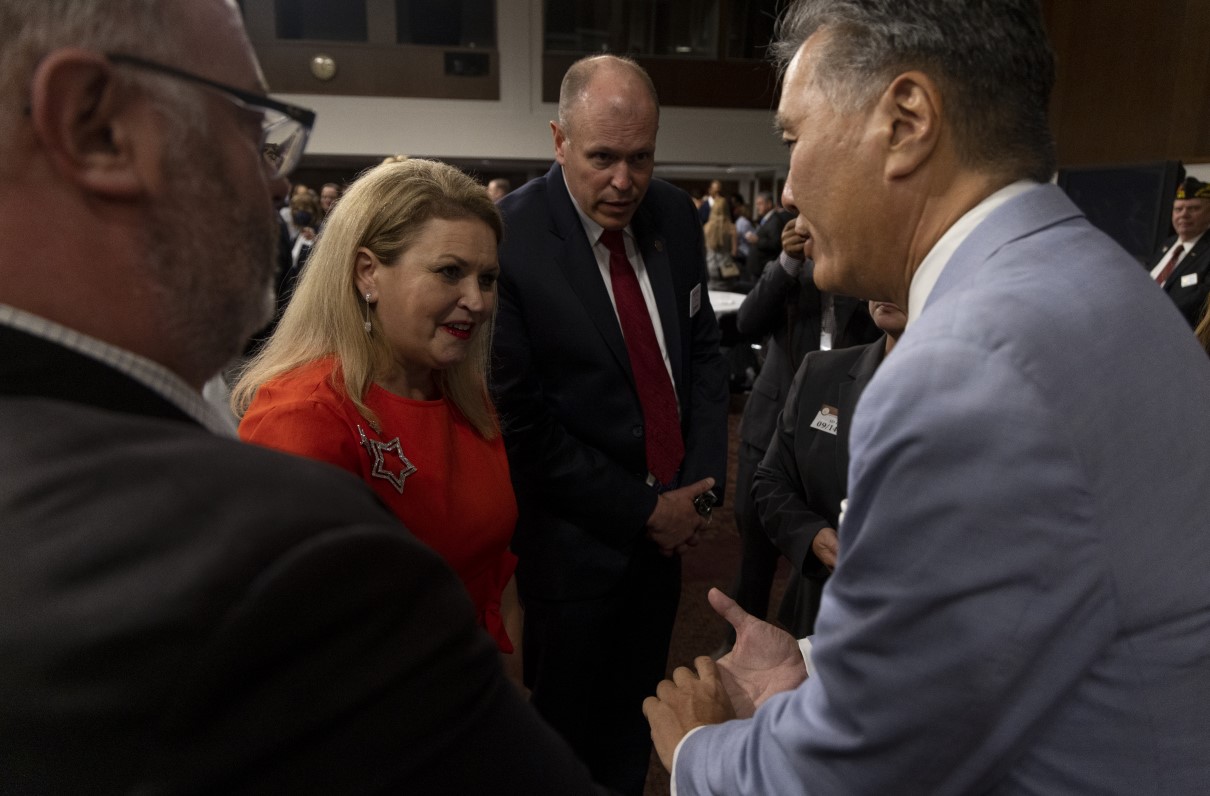 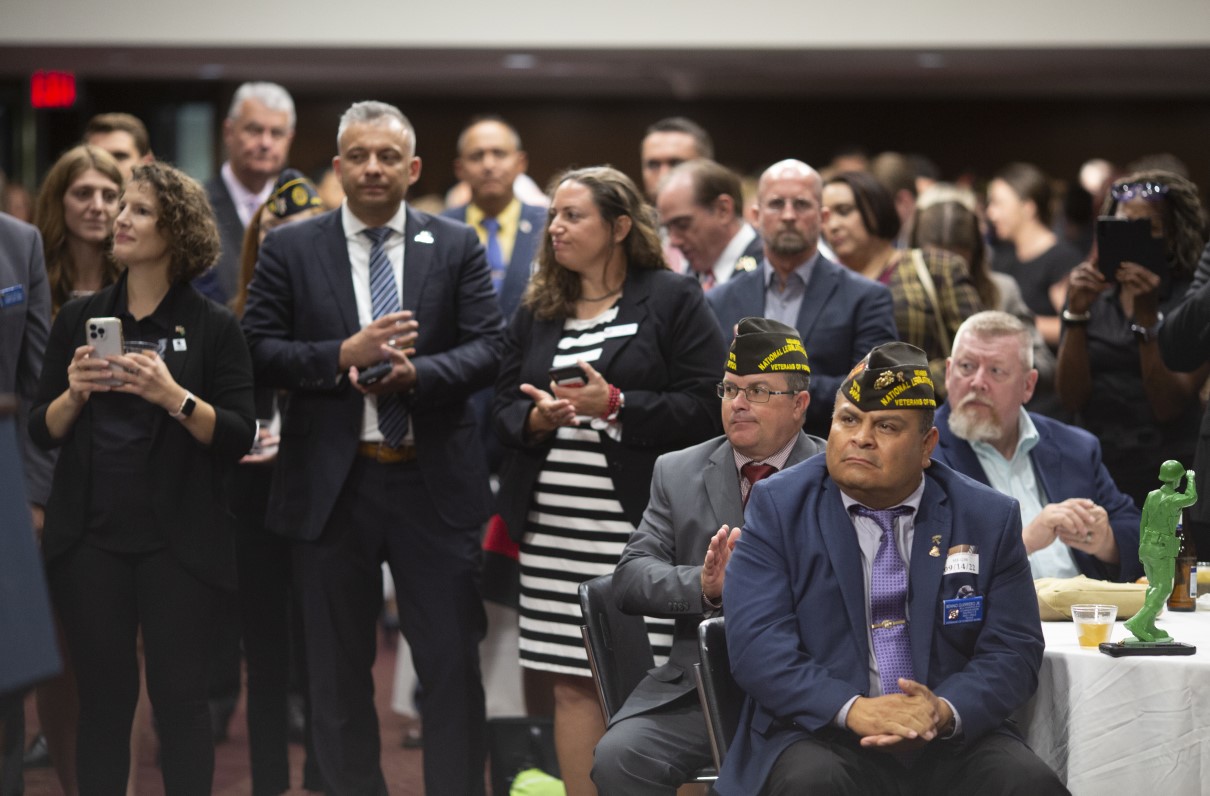 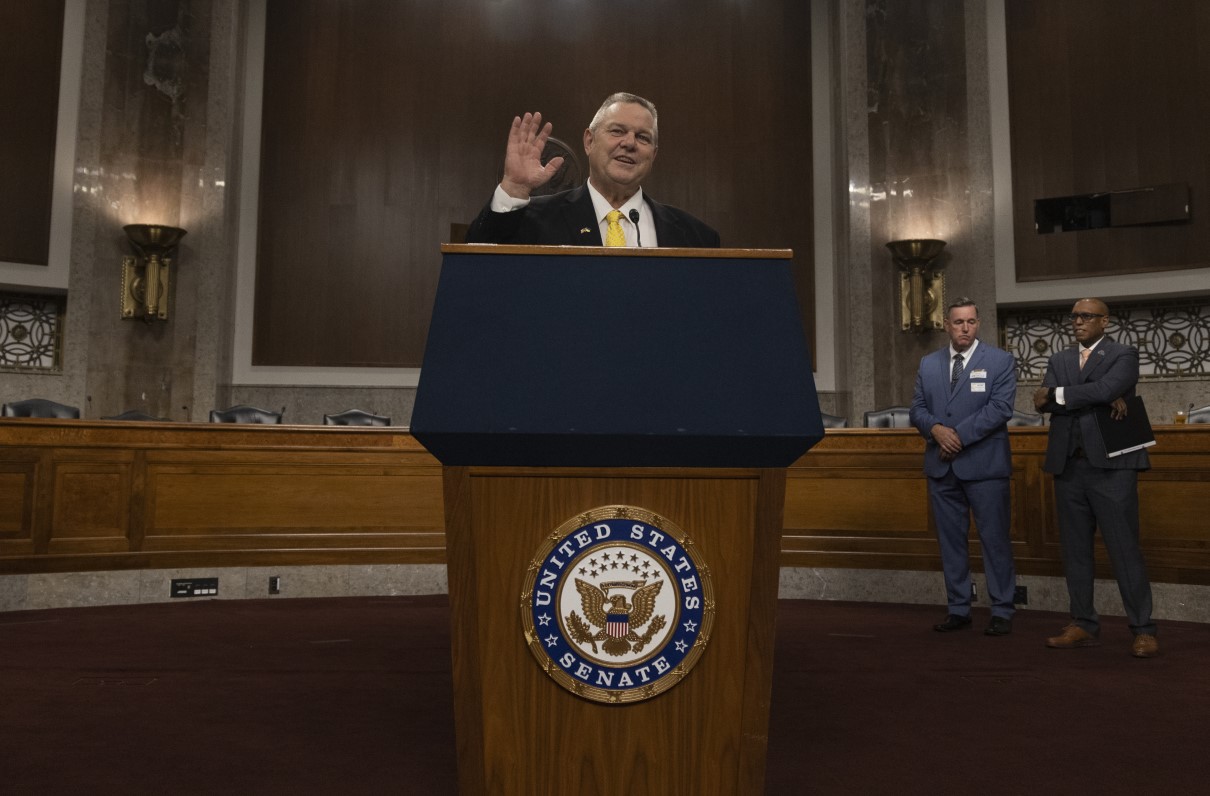 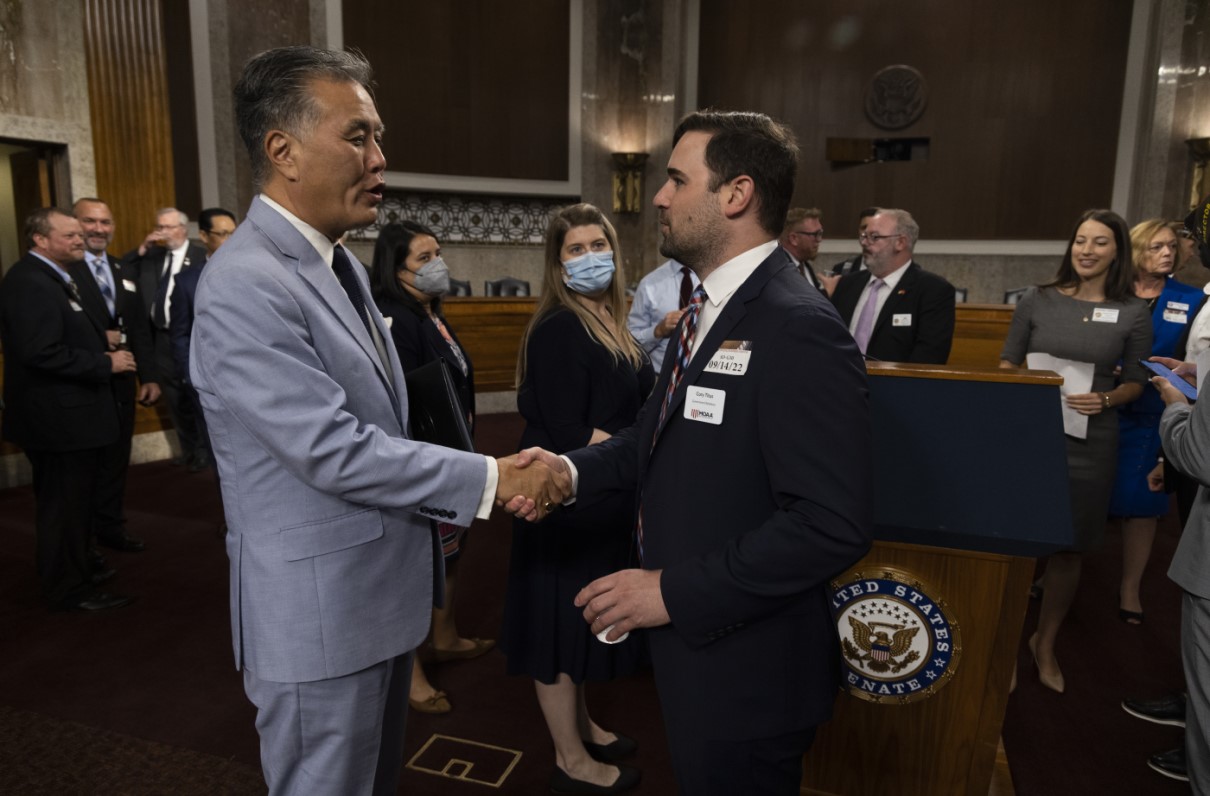 Sen. Jerry Moran (R-Kan.), ranking member on the Senate Committee on Veterans' Affairs, left, shakes hands with Sen. Jon Tester (D-Mont.), the committee chair, during the Sept. 14 event. Both senators played key roles in the passage of the bipartisan Honoring Our PACT Act.

Sen. Jerry Moran (R-Kan.) speaks to attendees at the Sept. 14 event. A May 2022 agreement between Moran and Sen. Jon Tester (D-Mont.) played a crucial role in the comprehensive bill's Senate passage.

Support for the Honoring Our PACT Act united dozens of military and veterans groups as well as lawmakers from both parties.

Deputy Secretary of Veterans Affairs Donald M. Remy speaks during the Sept. 14 event. The VA has announced plans to speed up the timeline for some of the benefit expansions passed as part of the Honoring Our PACT Act.

Sen. Jon Tester (D-Mont), chair of the Senate Committee on Veterans' Affairs, speaks during the Sept. 14 event. Tester, who has served as the committee's top Democrat since 2017 and been on the committee since 2007, was the recipient of MOAA's 2019 Arthur T. Marix Congressional Leadership Award.

Rep. Mark Takano (D-Calif) and Cory Titus, MOAA's Director of Government Relations for Veteran Benefits and Guard and Reserve Affairs, speak during the Sept. 14 event marking the passage of the Honoring Our PACT Act.

Veterans from across the United States attended the September reception, representing a cross section of those who may benefit from the new law now and in the future.

Samantha Turner, with Vets for the People, which helps train veterans in grassroots organizing, was an engineer officer on active duty in the Army and then a civil affairs officer in the Reserves. As a member of Operation New Dawn, she served overseas, mostly in Kuwait. She said she has asthma and breathing and sinusitis problems, which are some of the presumptive conditions that the PACT Act covers.

“It’s just presumed that I have those conditions now,” said Turner. “So instead of it being a huge fight, where the burden of proof is on me, it’s now presumed, so it makes life a little bit easier.” She is now working with a VSO to review her original claim from 2014 and refile it.

The team effort to get the legislation into law took years, from drafting legislation to lobbying. After the PACT Act failed a Senate vote in July, Turner was part of a group of veterans, family members, and advocates who stayed on the Capitol grounds to push for a new Senate vote and support the passage of the PACT Act.

“The last kind of mile of this particular legislation was really done by folks exercising their First Amendment rights, finding their voice, and advocating for the whole veteran community and themselves,” she said.

Seeking information about the new benefits for yourself, or for a loved one? Start with these resources: