The first time Col. Danielle Ngo, USA, stepped onto a military aircraft, she was just 4 years old, and her mother was yanking her to safety as bombs exploded closer.

Ngo, her mother Ngo Thai-An, and her sister Lan-Dinh fled their country of Vietnam in April 1973 with the help of the American military. The experience, which she pieced together with her mother’s memory, lingered in her mind as she grew up in the U.S. — and moved up the ranks in a successful Army career.

“Going into the military was a calling for me,” said Ngo, the executive officer for the Army Inspector General at the Pentagon. “It was something that I had to do and that I wanted to do. It all stems back from feeling like the Army rescued me and my family from the war and getting attacked at the end of the Vietnam War.”

Before she left, Ngo said she remembered her grandfather folding an American dollar bill and stuffing it into her shirt pocket for her journey to the U.S. The Ngo girls arrived at the airport in Saigon, Vietnam, with their mother as the U.S. military packed its last planes to head out.

“The airport was going to be fired upon,” Ngo said, pulling from her mother’s memory of the day. “She thinks it was the last aircraft out. The ceiling was falling down and cracking while we were inside what I guess to be a terminal. [We] were all rushed outside to get on the plane.”

Ngo remembers the back of the plane opened into a ramp and guessed it was a C-130 aircraft. She remembered seeing servicemembers push equipment off to make room for the refugees.

The Ngo family first landed in Texas but relocated to Massachusetts when their immigration visa was confirmed by a family member sponsor. Ngo said she and her sister were the only Vietnamese girls in their school, but their mother shielded them from any racism she might have experienced.

As she prepared to graduate high school, Ngo felt drawn to the military and even sought out recruiters during a career fair.

“I knew instinctively that my mother would not want me to do it,” Ngo said. “When I asked her when I was under 17, she said no. I can remember this clearly. She said, ‘I didn’t pull you out of a war for you to go back into a war.’”

Undeterred, Ngo got creative. She knew how important education was to her mother and pitched military service as a way to pay for college.

[RELATED: 3 MOAA Members Share Their Experiences as Women in the Military]

The plan worked, and Ngo served in the Army Reserve in conjunction with ROTC at Boston University. She earned her commission in 1994 and decided to serve in the Army Corps of Engineers.

But she wasn’t just any engineer.

At the time, Ngo said most women engineers were assigned to topographical battalions. But Ngo wanted to be a paratrooper and pursued a career as an airborne combat engineer.

She mentioned her desire to her supervisor, then-Maj. Victor Samuels, who got then-Col. Meredith “Bone Crusher” Temple, the brigade commander, onboard. Temple reassigned Ngo and another woman to staff officer positions in a test pilot jump as a way to get them onto an airborne combat training mission.

“Those men were the ones that gave me the opportunities to be in combat units and be a part of something much larger than myself,” Ngo said. “They had vision and let me be more than I thought I could ever be. That assignment was a turning point in my Army career. I knew after working there that there were people who would let me reach higher if I wanted, and I was judged on my performance, not on my race or sex.”

One of her more challenging assignments was a deployment to Iraq.

She was charged with resourcing and deploying an engineer brigade to war — the first time the Army was activating an engineer battalion organic to a maneuver brigade instead of an engineer brigade. She composed the deployment plan from Fort Hood, Texas, to Turkey and into combat in Kuwait. She also synchronized the operational movement of a vehicle convoy over 800 miles long to manage supply to troops.

“I am grateful that [then-Col. Donald M. Campbell] gave me an operational viewpoint rather than the tactical one that I was accustomed to,” she said.

In 2008, Ngo was selected to help plan the surge into Afghanistan. While she was deployed, she helped establish and was the lead planner for U.S. Forces-Afghanistan. She also helped plan the expansion of Regional Command-South and the transition of that area to U.S. control.

Ngo said she appreciated all the men who supported her career, even if they beat her on battalion runs.

“I dry-heaved on every run trying to keep up with the staff officers — all men who ran 12-minute, 2 miles,” Ngo said, amused with the memories.

Ngo said her life would have been different if the U.S. military hadn’t evacuated her family from Vietnam.

She’s gone back to visit a few times.

On one trip, her grandfather rode a bicycle to a small art shop every day, and they would sit outside exchanging handwritten notes to communicate since her Vietnamese had fallen out of practice and his English wasn’t strong. It was the first time she’d seen him since he folded that dollar bill and stuffed it into her shirt pocket — and the last time they’d spend together before he died.

On another trip, she visited her ailing grandmother. Most recently, she traveled to Vietnam with her husband and children.

“It is a beautiful country with amazing people and culture,” Ngo said. “I regret not having a bigger relationship with my grandfather, grandmother, and other family members over there. The family dynamic would have been different since many families live together. However, I never would have joined the military there. I’m not sure if females were even allowed back then. I have had so many opportunities here in America and live a blessed life.” 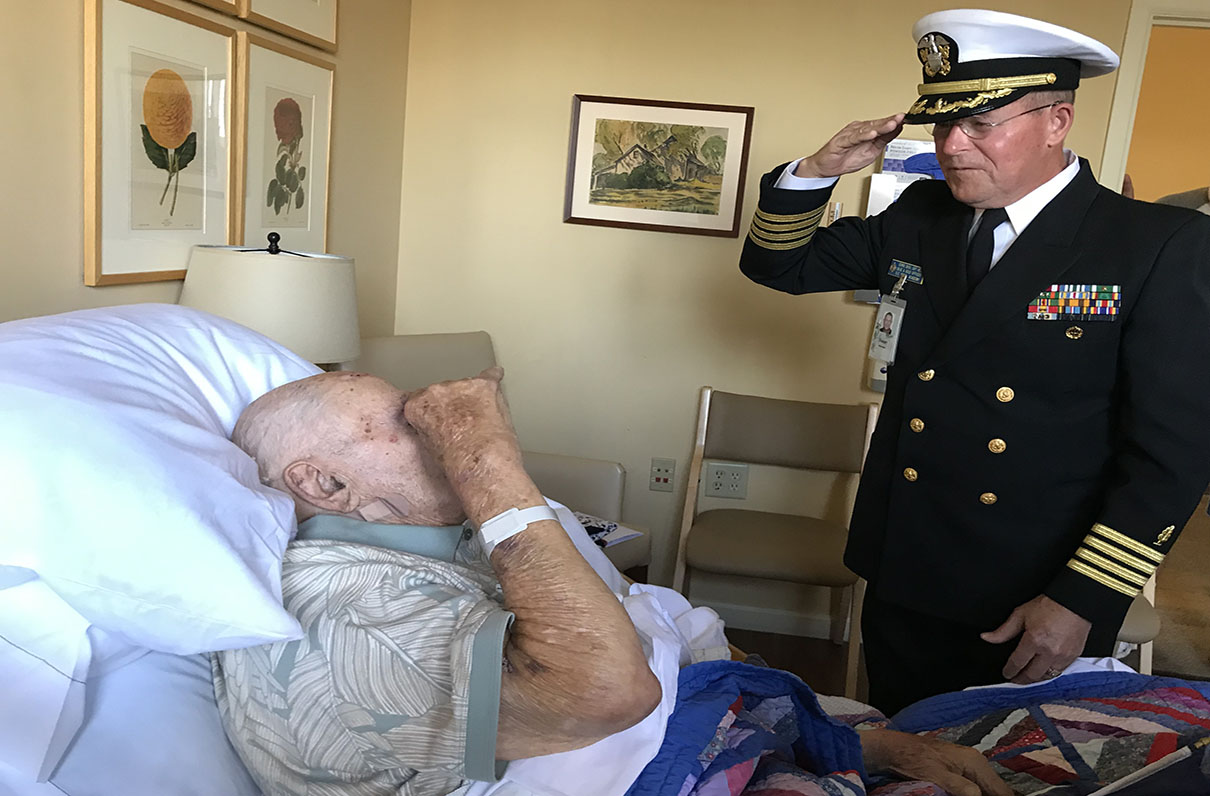 Today, Capt. Dennis Bash, USN (Ret), gives back to the military community through a host of volunteer efforts, including honoring veterans in hospice care. 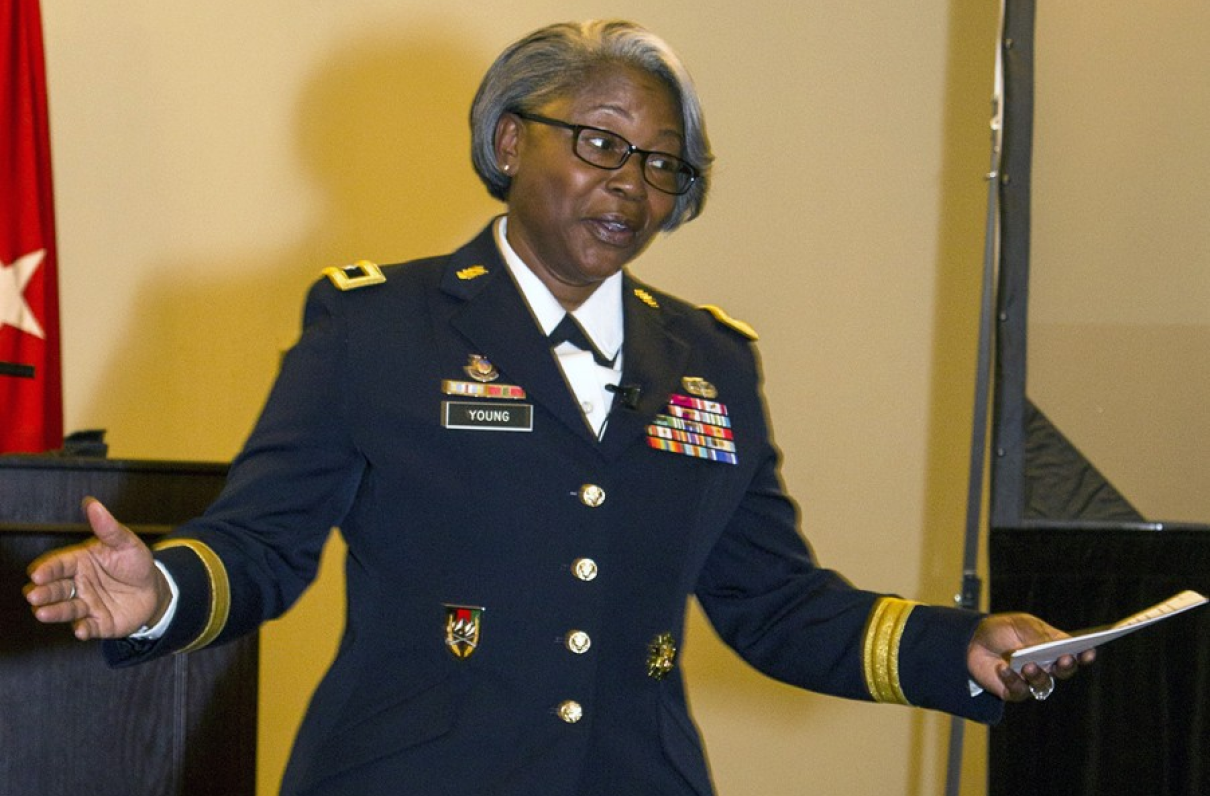 Brig. Gen. Twanda “Tia” Young, USA (Ret), made it her goal to develop leaders who would support their soldiers.