Great Battlefields of the World 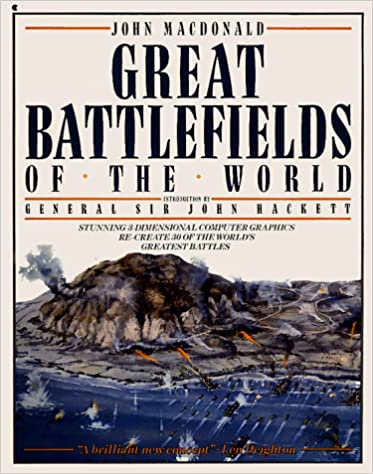 This beautifully illustrated book uses computer graphics to produce colorful three-dimensional models of 30 famous battlefields, revealing the secrets and value of military topography, while vividly describing battles from Cannae in 216 B.C. to Dien Bien Phu in 1954. Each battle chapter is a complete history package: terrain, forces, weapons, tactics, conditions, the fighting, and the outcome.
Expected battles include Hastings (1066), Waterloo (1815), Gettysburg (1863), and Iwo Jima (1945), but the book also features equally fascinating battles like Arsuf (1191), Culloden (1746), Solferino (1859), Tannenburg (1914), and The Hook (1953). MacDonald also adds useful information on how to locate and visit each battle site.


Masters of the Art of Command 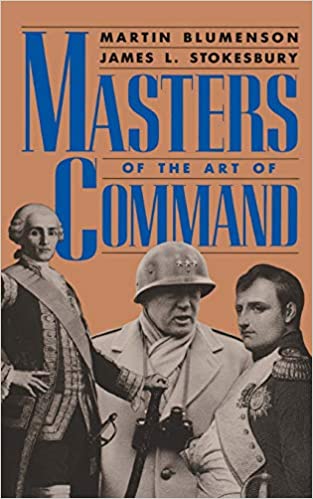 These notable historians (especially Blumenson for The Patton Papers and Anzio) have crafted an excellent biographical analysis of successful command traits through history, from Roman General Sulla, through India’s Robert Clive, to Eisenhower and Patton. These are anecdotal vignettes illustrating how commanders have overcome obstacles, created opportunities, and led soldiers to victory when victory was doubtful.
They discuss mobile warfare and coalition warfare, featuring a World War I lieutenant (Woodfill), a Korean War captain (Anderson), a French general (Saxe), and a military theorist (Liddell Hart). Well done, excellent reading.


The Great Sea War: The Story of Naval Action in World War II 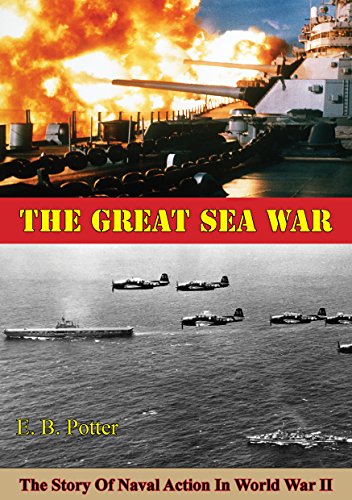 This single-volume history of the naval war in World War II is brilliantly presented by Potter (later Nimitz’s biographer) and Nimitz, but with clear American bias in the telling. The authors, especially Nimitz, know well how the naval war contributed significantly to overall victory over Germany and Japan, and their insight into decisions, problems, actions, and solutions is tactically and strategically revealing.

They discuss the naval war in the Mediterranean, Atlantic, and Pacific, covering naval operations on the surface, underwater, and in the air. The Pacific war gets great attention except for the important battles of Iwo Jima and Okinawa, which are covered in just 14 pages. Still, this is an informative work.


Frederick the Great on the Art of War 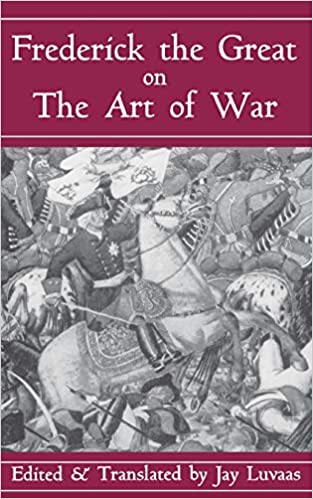 Edited and translated by Luvaas, and originally published in 1966 by the Free Press, this is an entertaining and lucid selection of Frederick’s writings on 18th-century warfare, including his thoughts on logistics, tactical uses of infantry, artillery, and cavalry, entrenchments, maneuver, mobility, morale, discipline, intelligence, and conduct of an army on campaign. Luvaas also smartly includes examples of Frederick’s bold actions in command of the Prussian army during the Seven Year’s War in Europe, when his audacious tactical and strategic moves allowed small armies to defeat large armies. Perhaps best is Frederick’s chapter “Generalship as an Art.” 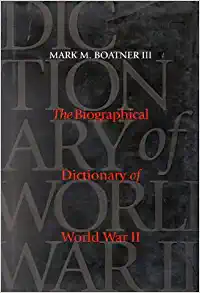 Col. Boatner, USA (1921-2006) was quite an historian, author of The Civil War Dictionary and The Encyclopedia of the American Revolution. Here he focuses on the biographical information of more than 1,000 people involved in World War II.

This is a smart reference book with bio sketches of soldiers, sailors, airmen, Marines, civilians, spies, diplomats, politicians, men and women, Allied and Axis. He covers all the prominent figures from A to Z, from Berber chief Abd-el-Krim to British scientist Sonny Zuckerman. Boatner also wisely includes a very useful glossary and a detailed bibliography. This is a must-have book for World War II fans.