Student veterans at Youngstown State University (YSU) in Ohio have a state-of-the-art space on campus dedicated to serving their unique needs. The Carl A. Nunziato Veterans Resource Center, one of the few stand-alone buildings for student veterans in the nation, includes a lounge, televisions and video games, a community room, restrooms, computer labs, and a kitchenette stocked with donated snacks. It also offers VA counselors who can come to the center from Cleveland Veteran Center to meet with students.

It opened in September 2014 thanks to the efforts of several veteran alumni who led the campaign to raise $1.4 million for the center’s creation. Among them, its namesake: Maj. Carl A. Nunziato, USA (Ret), a Life Member of MOAA and member of the Mahoning and Shenango Valleys Chapter. In 2018, YSU renamed the center — originally called the Veterans Resource Center — in Nunziato’s honor.

Nunziato, a native of Youngstown who earned his commission as a second lieutenant through the YSU ROTC program, served two tours in Vietnam, during which he lost both of his legs after getting hit by a mortar during an enemy attack. He spent two years recovering at Walter Reed before earning his degree from Case Western Reserve University School of Law in Cleveland and then returning to his hometown where he worked for nearly 30 years in the banking industry.

Nunziato isn’t the only MOAA member who has had an integral role with the center.

Coast Guard CWO Don Oglesby was a charter member of Mahoning and Shenango Valleys Chapter when he passed away in March 2014. Oglesby had presented the MOAA medal to the YSU ROTC cadet since 2010. Memorial donations in Oglesby’s honor that the chapter then matched were used to create the video game area for the center. Today, the chapter continues to upgrade the entertainment center as necessary, and many chapter members have made personal donations to the center and to a scholarship fund for veterans and currently serving military members.

The Carl A. Nunziato Veterans Resource Center is managed by chapter member Maj. Patrick “Rick” Williams, USA (Ret), who has served as associate director of the Office of Veterans Affairs at YSU since 2013. The center has made the services Williams’ office provides more visible to the student veteran population.

“Formerly, my office was tucked away on the top floor of an administrative building, and nobody knew where I was,” he said. “When the Veterans Resource Center opened on campus, I moved into a 6,000-square-foot, two-story building dedicated to the success of our roughly 350 military-connected student population.”

Williams, who served 26 years in the Army and was a military science professor at YSU, said the center helps current and prior military members and eligible dependents achieve their academic goals and navigate their education benefits.

“While we can’t take care of every aspect of the college experience, we try to project ourselves as a ‘one-stop shop’ for veterans,” he said. “The majority of veterans on campus would tell you they love having a place on campus to get all their answers to veteran-related issues.” 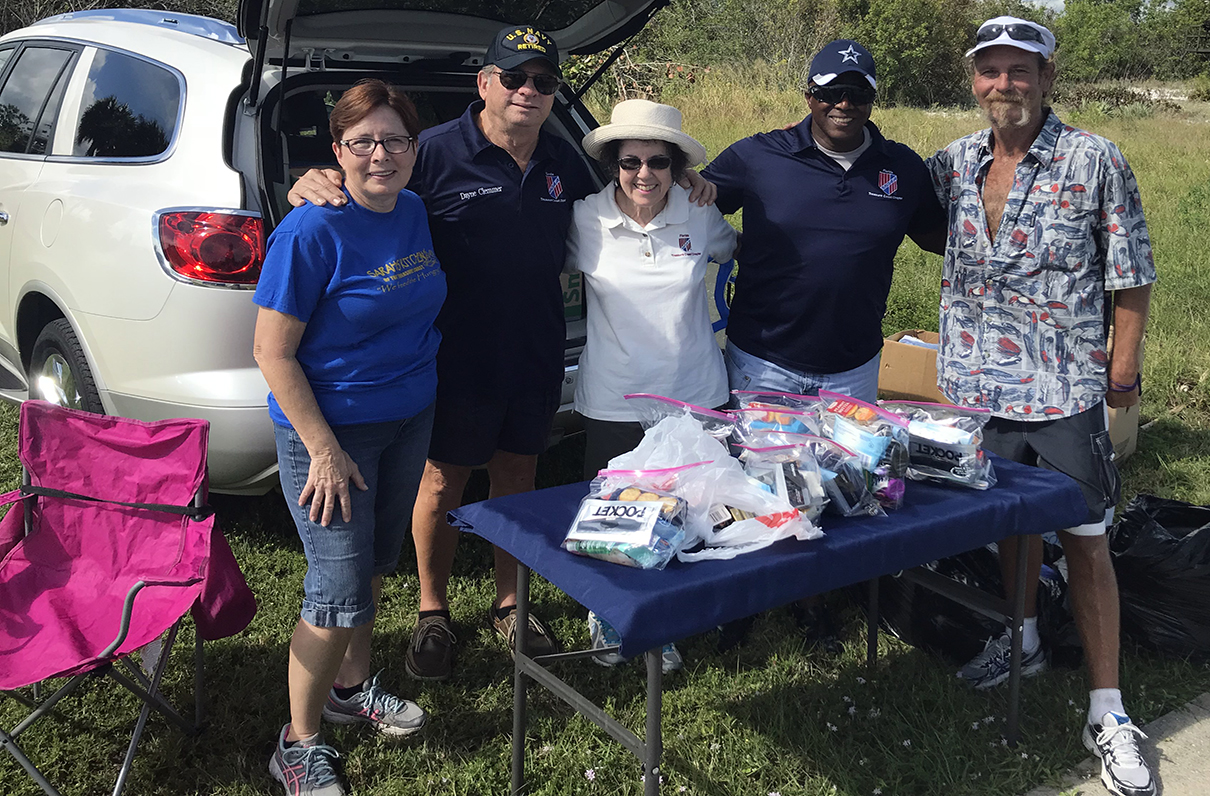 Members of the Treasure Coast Chapter assist with providing hot meals and collecting and distributing care packages and other needed items for veterans and their families.