For more than a decade, the Southwest Illinois Chapter has been giving back to the military community through support of two local organizations: the USO and Fisher House.

In March 2008, the chapter made its first delivery of several hundred pounds of wish list items, numerous checks, and a large number of telephone credit cards to the USO of Missouri at St. Louis Lambert International Airport. The airport is home to a satellite USO facility and the James S. McDonnell USO Facility, one of the largest USO facilities in the world. They support three major military installations, numerous small military facilities, and a large volume of transient military traffic.

Then in 2010, when a Fisher House was built on the campus the VA Medical Center at Jefferson Barracks, Mo., the chapter folded support of this new Fisher House into its annual mission.

Thanks to the generosity of chapter members and members of the community, the chapter has donated approximately $44,000 and 9 tons worth of wish list items to these two organizations.

“Year after year, we continue to do a little more,” Wartonick said. “Record highs were set this year when the chapter handed checks for $4,740 and $4,510 to the USO of Missouri and St. Louis Fisher House, respectively. The combined $9,250 topped the year’s goal of $7,000 by 32% and beat the previous high annual contributions by 38%. Another record is the over 1,000 pounds of wish list items collected by one organization, the JROTC of Dupo (Illinois) High School.”

At the end of the annual campaign, which usually last several weeks, Wartonick and co-chair Lt. Col. Ann Morey, USAF (Ret), handle the task of picking up, sorting, and then delivering the donations.

For Wartonick, who now typically oversees the monetary donations, his goal each year always is to exceed the previous year. “We can be proud of what we do,” he said. “The goals have almost always been met or exceeded.” 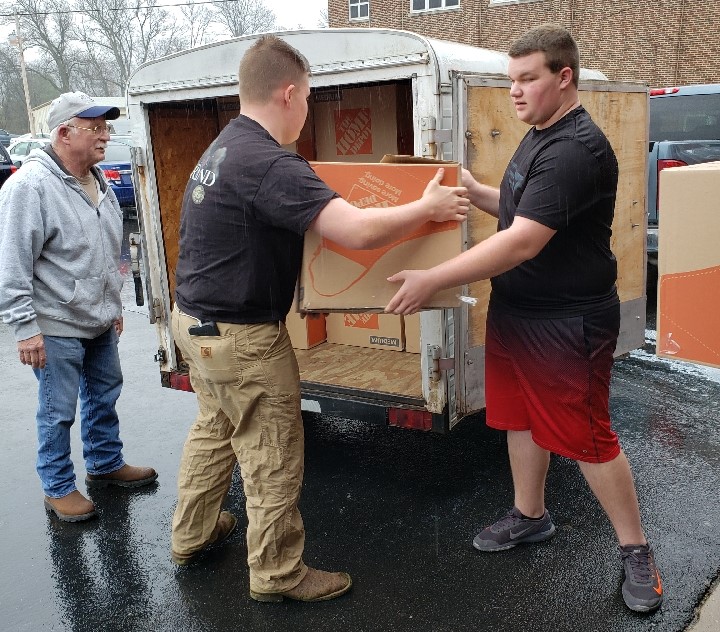 For members of the chapter, the mission is one that’s easy to get behind.

“Though chapter members are proud of their year after year of successful campaigns to support the local USO and Fisher House, their real pride comes from knowing they are contributing to the well-being of our volunteer military and the families of veterans in need of rehabilitation and/or hospitalization,” Wartonick. “It’s our ‘continuing to serve’ mantra.”