By Heath Lee and James Ward

On Aug. 14, 1966, during the Vietnam War, Congress established a savings plan created for the benefit of American servicemen who were fighting in combat zones. This plan had excellent intent: to allow the pay of these servicemen to accrue at a rate of 10% interest per year tax-free. However, there were glaring exclusions to the plan:

Prisoners of War and Missing in Action servicemen, and therefore, their wives and families, were NOT allowed access to this plan.

POW/MIA wives thought this must be an oversight and would be swiftly amended, but the U.S. Comptroller General soon ruled against allowing their families to participate in the new savings plan. This law added insult to injury for POW and MIA wives who had already suffered numerous indignities due to their husband’s imprisoned or missing status. For example, they were not able to cash their husbands’ paychecks. After many lobbying efforts, the POW/MIA wives and their dependents were admitted (albeit reluctantly) into the 10% savings plan in 1967.

Now, in 2019, 53 years after the Congressional legislation excluded American POW/MIA wives and families from financial policies that would benefit them, the government continues to follow this same unjust pattern by excluding military widows and widowers from the full compensatory payments they deserve.

The so-called military “widows tax” punishes the survivors of veterans by decreasing the benefits received by their spouse. Service members, upon retirement, can elect to enroll in the Survivor Benefit Plan (SBP) annuity from the Defense Department. However, if a service member is killed while on active duty the SBP annuity is automatic. If a retiree, who is participating in the SBP, dies from service-related causes, their spouse is eligible to receive a separate annuity from the Dependency and Indemnity Compensation (DIC) from the Veterans Affairs Department. The catch: If both policies are activated, the SBP payments from the Defense Department are reduced depending on the amount of DIC received from the Veterans Affairs Department by the surviving spouse. This reduction or offset affects nearly 66,000 military spouses who lose up to $12,000 a year.

Mary Ann “Pat” Mearns is one of the West Coast heroines of my new book: The League of Wives: The Untold Story of the Women Who Took on the U.S. Government to Bring Their Husbands Home. Pat’s husband, Air Force Capt. Arthur “Art” Mearns, was shot down in 1966 in a mission over Vietnam. Art was characterized as missing in action (MIA) for 11 years before his remains were repatriated. He was finally laid to rest in Arlington National Ceremony.

After Art’s shoot-down, Pat became a leader of the National League of Families for American Prisoners of War and Missing in Southeast Asia. She fought alongside National League founder Sybil Stockdale and other brave women who lobbied tirelessly to bring the POWs home and to account for the MIAs. Instead of being honored and heralded for her activism, she experienced decades of benefit reduction. Pat was a school nurse in the toughest neighborhoods in Los Angeles for years. She raised two daughters by herself.

Katie Groves’ husband, Army Chief Warrant Officer 3 James Groves III, was killed in Afghanistan in 2013. She was left with two young sons ages 9 and 12 to raise alone. All without the benefit of the SBP monies she should have rightly received. Katie feels that the widow’s tax should be viewed as “an issue of fairness and justice for the soldiers that willingly fought for our country thinking their families left behind would be taken care of. I guarantee most soldiers today are not aware of the offset. Why would any soldier willing buy into it knowing their family may not receive the benefit in the end?”

This month, the House added an amendment to the National Defense Authorization Act (NDAA) that would repeal the widows tax. The legislation now moves to a joint conference of House and Senate members for approval.

Military spouses are American home front heroines and heroes who deserve equitable financial support. Abolishing the military widows tax should be a unifying cause for Americans today — just as the POW/MIA issue was under the leadership of POW/MIA wives like Sybil Stockdale and Pat Mearns in the late 1960s and early 1970s.

“As a nation, we have broken a contract with these widows,” MOAA President and CEO Lt. Gen. Dana T. Atkins, USAF (Ret), says. “And while more than 350 members of the House of Representatives have said it’s time to put an end to this offset, a political stalemate over funding could derail our best efforts again. Congress, on multiple occasions, has found the resources in the past to address these types of problems — let’s find a solution that once and for all ends this terrible wrong.”

Heath Hardage Lee is a historian, curator, and author of The League of Wives: The Untold Story of the Women Who Took on the U.S. Government to Bring Their Husbands Home (St. Martin’s Press, 2019). 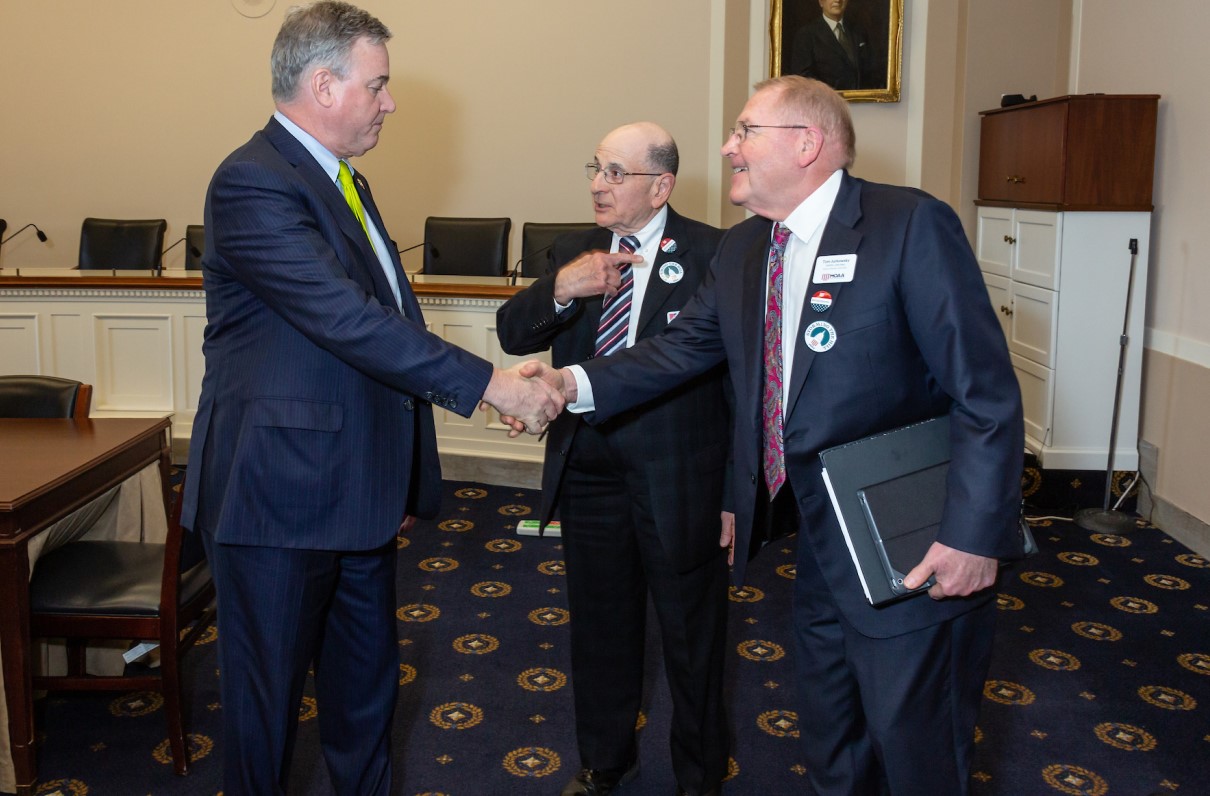 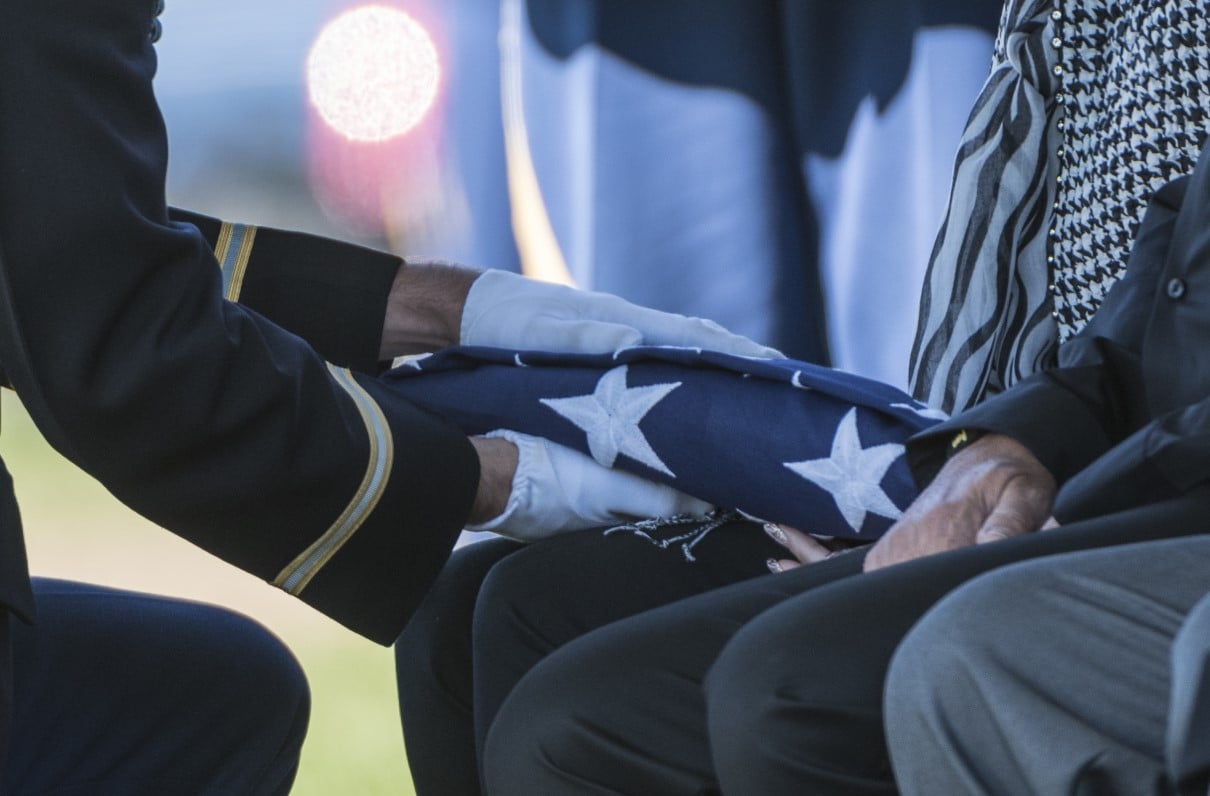 Here's the status of the Military Surviving Spouses Equality Act.