Several members of Congress have introduced a bill that would make it easier for military spouses to maintain a small business or transfer professional licenses as they move from state to state.

The legislation, known as the Portable Certification of Spouses, or PCS, bill, would give the Pentagon the authority to develop interstate agreements for professional licensing -- a provision that would help the estimated third of working military spouses in careers requiring state licenses.

The bill also would allow spouses to declare and maintain residency in one state for the purposes of establishing a business.

"Moves are already stressful enough. The PCS act would make life easier for military families," Cotton said during a press event Thursday to announce the bill.

Last May, President Donald Trump issued an executive order to improve military spouse hiring within the federal workforce. Among the initiatives geared to military spouse employment under the administration of former President Barack Obama, first lady Michelle Obama launched an initiative calling on states to streamline procedures for state licensing for service members, veterans and spouses.

Still, spouses say it is a challenge to transfer licenses or establish a business, given state requirements over relocating for legal and tax purposes.

On May 8, Karen Pence, wife of Vice President Mike Pence, announced that she is holding a one-day summit on spouse employment at the White House, bringing together leaders from 46 businesses to determine how the private sector can assist in supporting military spouse employment.

On May 9, during a press conference with Cotton and PCS bill co-sponsor Sen. Jeanne Shaheen, D-New Hampshire, Pence threw her support behind the proposed PCS bill.

"Spouses have shared their stories with me about the difficulties of getting hired and the inconsistent professional licensing requirements as they move, on average, every two to three years," said Pence, the mother of a married Marine Corps officer. "Spouses are the backbone of military families, and they contribute directly to the strength and readiness of our troops. It is imperative that we support our military spouses."

Shaheen expressed confidence that the bill, backed by members of the House and Senate Armed Services Committees, including Reps. Jim Banks, R-Indiana, and Susan Davis, D-California, will be considered this year.

"We'll be urging consideration," Shaheen said. "We are off to a good start."

In First, Pentagon to Release Information on Military Dependent Suicides

Inside the Air Force's Plan to Revolutionize Pilot Training 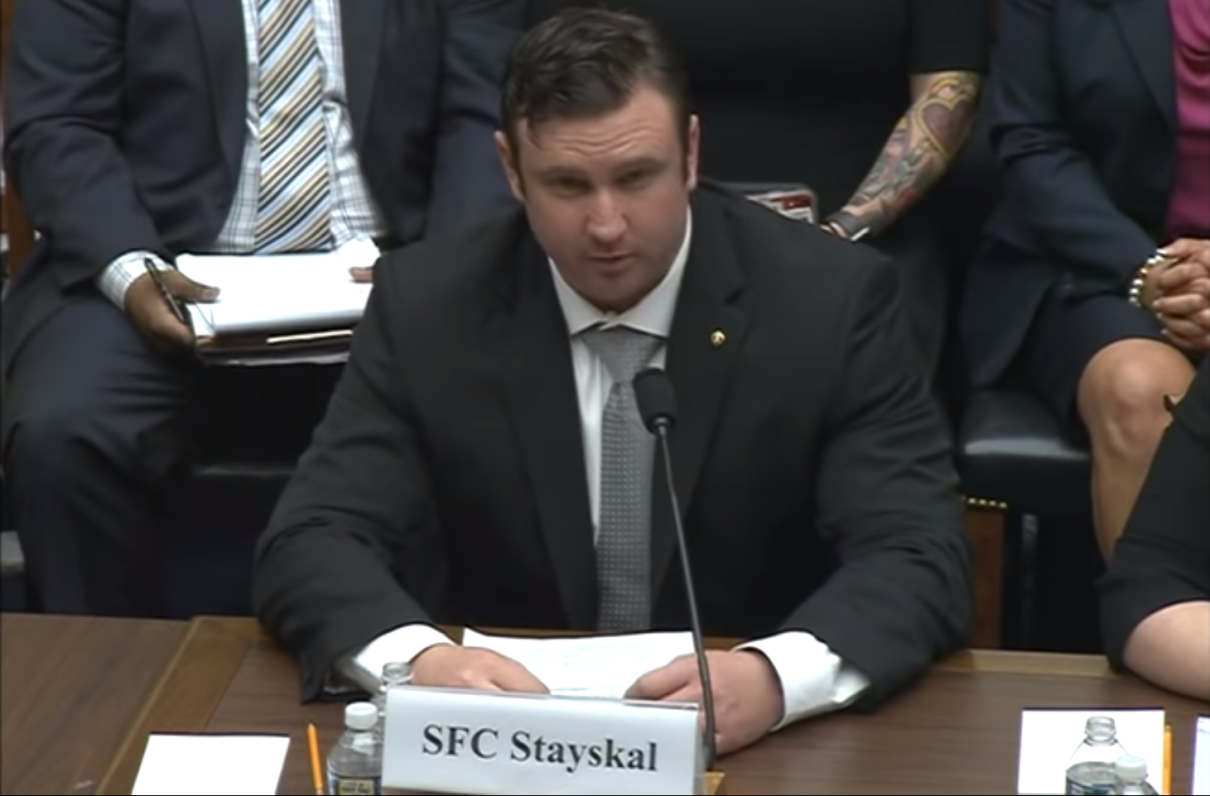