Citing all-too familiar scenarios ranging from houses overrun by cockroaches to mold-blackened walls, eight military families have filed a lawsuit against a privatized housing company alleging fraud in connection with their homes that were uninhabitable.

The complaint, filed Tuesday in federal court in San Antonio, alleges that Hunt Military Communities failed to properly maintain the houses at Randolph Air Force Base and Laughlin Air Force Base, Texas, “subjecting tenant service members and their families to atrocious conditions, including pervasive mold and other airborne toxins.” It alleges the company was aware of the condition of the houses, but misled the families by leasing houses that were uninhabitable and not safe for human occupancy.

The families are from the Army, Air Force and Navy.

The lawsuit cites examples of human waste deposited under houses because of plumbing that was disconnected for years; mold growing on the rim of a child’s toothpaste tube in a mold-infested bathroom; floors detaching from walls, leaking roofs, and asbestos and lead-based paint filling the air.

Many of the service members and their family members have fallen ill with a variety of respiratory and other symptoms, have lost nearly all their personal possessions because of mold contamination, and paid their full base housing for the “woefully substandard” housing, according to the lawsuit.

Officials with Hunt Companies denied the allegations in a statement provided to Military Times: “We are aware of the lawsuit recently filed against Hunt Military Communities. We believe the lawsuit is without merit and intend to vigorously defend the Company against these baseless claims.”

The allegations cited in the lawsuit echo the housing issues that have been raised by countless military families over the last year. Military officials and company officials have vowed publicly to immediately fix problems and set permanent fixes in motion. Service officials have admitted they abdicated their responsibility, and gave up their oversight roles over the years to private companies who were supposed to provide better housing, sustain and maintain it for 50 years.

One common theme in this lawsuit was that families repeatedly put in maintenance requests asking Hunt to address the mold and other problems, but “Hunt would misdiagnose the issue, utilize substandard service providers to allegedly remediate the problems, and mislead its tenants about the remediation actions allegedly undertaken,” according to the lawsuit.

The lawsuit asks for an unspecified amount of damages for the eight families. Attorneys are in the process of determining those estimates, said James Moriarty, an attorney representing the families. But he estimated it will be “in the millions to tens of millions of dollars.” That includes the refunds of Basic Allowance for Housing the families paid during the time they were living in the housing, the cost of lost personal property infested with mold, excessive utility bills, environmental testing, and medical expenses in the past and in the future.

Ryan C. Reed, also representing the families, said there are a lot of similarities in these cases to a recent jury award of more than $2 million to a Marine Corps family in connection with mold contamination and other issues in their privatized housing residence in San Diego.

Moriarty said he is especially concerned about the children in the families, and the long-term health effects.

“The level of overcharges and abuse of these families is out of control,” he said. “These companies have gotten away with decades of financial and health and safety abuse……I see a crystal clear pattern of under-maintenance of these properties.”

[RELATED: Most Army Families Say They Would Move Off Base If They Could to Escape Poor Housing]

When Army Capt. Jonathan Kline, his wife Sarah, and their three children walked into their house at Randolph Air Force Base for the first time in July, 2017, they found that cockroaches had overrun the house. They immediately contacted Hunt’s onsite director about the issue and submitted a number of work orders for issues with the house, but the work orders were never taken seriously or adequately addressed, according to the lawsuit. Throughout their tenancy, they experienced a number of problems with spreading mold, a failing foundation resulting in cracks all over the house, and other issues.

When Capt. Kline tried to escalate the issues within the Hunt company, somehow the military became involved and he found himself the subject of an investigation. Although the investigation ultimately resolved in Kline’s favor, Hunt’s attempted retaliation “caused him delays and setbacks in his career,” according to the lawsuit.

“We tried to work it out with Hunt,” said Sarah Kline in an interview. “We never had the repairs done the way they should have been.”

They also went to the housing office on base for assistance.

“We tried everything we could to resolve this and ended up seeking litigation,” she said.

“We realized we weren’t a single case, that our friends and neighbors were going through the same thing," she said. "We did this in hopes that we could prevent other military families from having to endure this.

“We’re standing together as a military community,” she said.

The Klines are now at West Point, where they’ve had similar issues with their house, owned by Balfour Beatty. They were displaced while mold remediation was taking place, from June 10 to Oct. 28, and were in the process of moving back in to their home during Tuesday’s interview.

The grades are in for America’s military strength 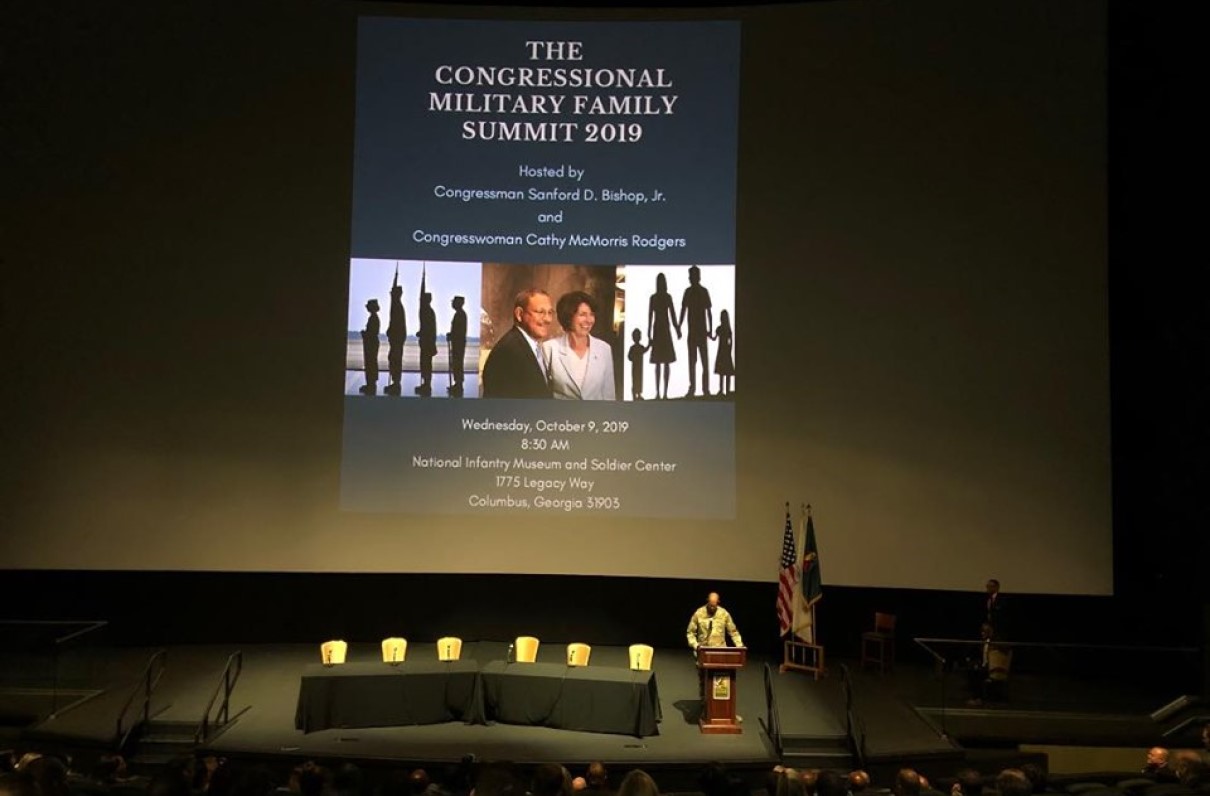 MOAA has supported many of the proposed changes that will help military families.