Note: This article by Kathie Rowell is part of MOAA’s Transition Guide 2023, which first appeared in the December 2022 issue of Military Officer, a magazine available to all MOAA Premium and Life members. Learn more about the magazine here; learn more about joining MOAA here.

When they landed permanently in San Anto­nio, Texas, Clelland, who had started a part-time business, decided she wanted to find full-time employment.

But she had a challenge.

“I didn’t know how to go out in the private sector and look for a job,” she said. “Do you use headhunters? How do you do your résumé? All that stuff. I had no clue where to start.”

She signed up for MOAA’s Military Executive Transition (MET) pro­gram, designed for senior leaders going from mili­tary to civilian careers, veterans in civilian careers looking for advancement, and military spouses.

Unlike the transition assistance programs offered by the military, MET sessions are laser focused on the most crucial aspects of transition, such as identifying key priorities and developing a transition mindset, said Col. Brian D. Anderson, USAF (Ret), MOAA’s senior director of Career Transition and Member Services.

He said transitioning servicemembers often civilian career. If they were a pilot, for instance, they may think they are destined for a civilian ca­reer in aviation or aerospace.

“However, they can do anything they want to, utilizing those intangible skills that they have, such as leadership, management, communication,” Anderson said. “We want to really open their ap­erture to ‘What are your personal priorities? What are your passions? What are jobs that are going to give you value now into your second career, or po­tentially third career, or fourth career?’ ”

Interactive virtual workshops, held every other month on the Microsoft Teams platform, cover topics that servicemembers have likely never had to focus on before: résumés, LinkedIn profiles, net­working, 30-second elevator pitches, job interviews, and sala­ry negotiation. Each remote workshop lasts two half-days and includes a mod­erated panel of ser­vicemembers who have successfully transitioned to the civilian workforce. Among other ben­efits, the nominal registration fee includes access to MOAA’s Career Center. Find more details about upcoming events at MOAA.org/MET.

“It’s an important attribute to have because we can feel helpless, powerless, and like a vic­tim when we abdicate our responsibility for our thoughts and emotions,” Cardinal said.

For instance, she said, servicemembers can have a million different thoughts about their DD-214.

“One servicemember might be super excited about that day, and another one might just be in fear,” she said. “Those two different thoughts result in different sets of actions. Obviously, being excited will lead to somewhere more productive, and fear could result in paralysis, stagnation, rumination.”

Clelland participated in the May workshop. In July, she moved to San Antonio and started a new job, which she found through her network, as a client execu­tive with NTT Data Services.

“MET made it a lot less daunting because I kind of knew what to expect,” she said.

She believes the advice she got on salary negoti­ation helped her obtain a much higher paycheck.

Col. Myles Caggins III, USA (Ret), participated in the July MET workshop as he looked ahead to retiring from his 26-year military career in Decem­ber 2022.

He hopes to translate his experience as a spokesman for the global coalition to defeat ISIS in Iraq and as the Army’s fellow at the Council on Foreign Relations, a think tank based in New York City, into a job focusing on geopolitics with a large financial firm. He’s also starting a company that will focus on cross-cultural communication and specialized linguist and translation services.

Caggins signed up for MET because he thinks being prepared from many different perspectives is helpful. And, as a newly elected MOAA board mem­ber, he wanted the experience to help him become a more effective board member and ambassador.

His most important takeaways?

“I am not alone. There are other people who are transitioning at the same time and, oh, by the way, there are millions of people who transitioned prior to my transition. And all of those people can potentially be a resource,” Caggins said. “Networking is supremely important.”

After 10 years of presentations with more than 1,000 participants, Anderson said presenters know what does and doesn’t work.

“We want to take away a little bit of the myth and mystique. You are going to land successful­ly,” said Anderson. “It’s just a matter of how long that’s going to take.”

Kathie Rowell is a writer based in Louisiana.

Learn what you can do to prepare yourself for a successful transition from military career to civilian career. This handbook shows you how to create an attention-getting resume, cover letter, and more. Get tips on self-marketing, job search, interviews, and interviewing. (Available to Premium and Life members) 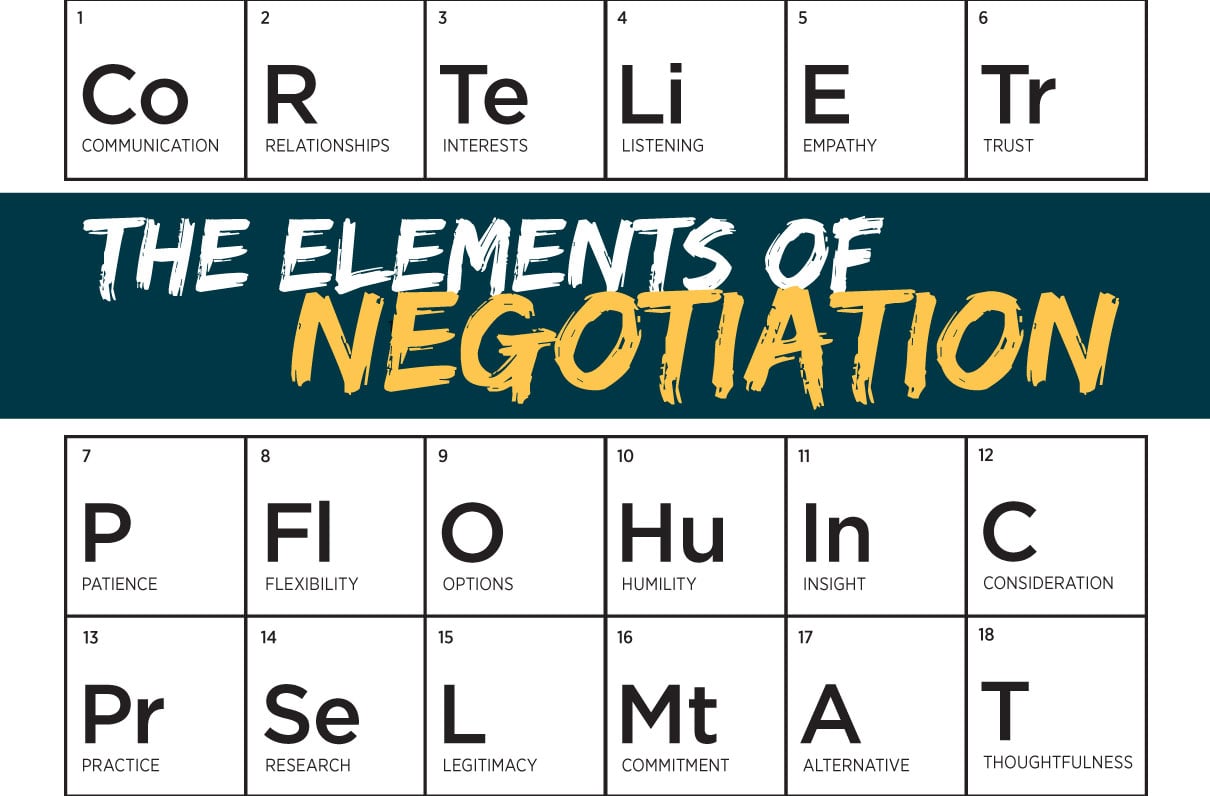 A West Point program looks at the science behind making a deal, whether in uniform or in the civilian sector. 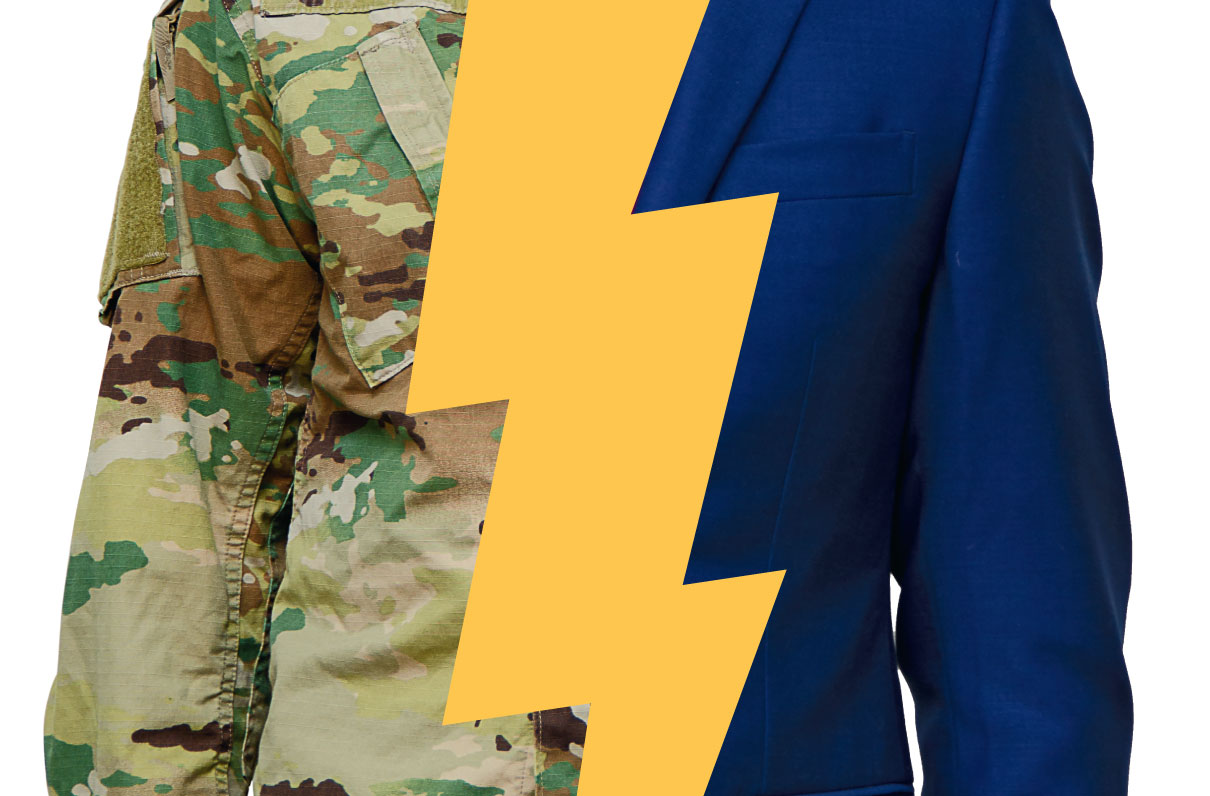 Are you ready to succeed in your post-uniform career? Take this advice to heart.