Editor’s note: This article by Steve Beynon originally appeared on Military.com, a leading source of news for the military and veteran community.

U.S. Army Alaska will be redesignated as the 11th Airborne Division this summer, and the force will be reintroducing the patch used decades ago, but with an Arctic twist.

The original unit, deactivated in 1965 and nicknamed "Angels," fought in the Pacific theater in World War II. It was eventually turned into an air assault test unit as the Army was drawing up helicopter tactics. Alaska's upcoming patch is identical to the old patch used until the division was disbanded, but with an "Arctic" tab on top of the airborne tab. 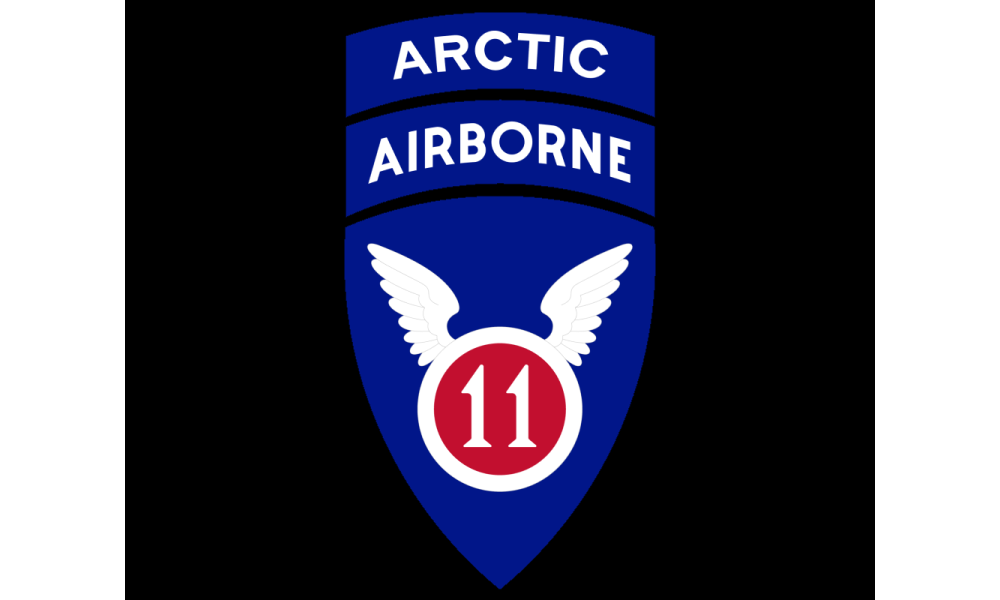 Right now most of U.S. Army Alaska's 12,000 soldiers wear the 25th Infantry Division patch. That division is based in Hawaii and is commonly associated with its specialty in jungle warfare, the opposite of Alaska's mission, gearing for combat in subzero environments. Its command element wears a unique bear patch that will also be replaced.

Army tabs can both be awards, such as the prestigious Ranger tab, or simply be a part of a unit patch's design, such as the 10th Mountain Division.

Yet what is unique about the upcoming 11th Airborne Division's design is that the arctic tab is an award given to soldiers who complete Alaska's 11-day Cold Weather Leaders course, which teaches must-need survival skills in the frigid environment.

However, that award is unique in that it is geographically recognized by the Army, with soldiers only authorized to wear it in the Pacific region, mostly in units based in Alaska and Hawaii. The Army's Jungle tab has similar limitations.

It's unclear what impact the move to making the Arctic tab universal for the Cold Weather Leaders Course will have, but introduction of a unique patch to Alaska troops has been seen as a critical part of giving those units a distinct identity.

"We are going to be a division once again, unlike any other division in the Army -- with a unique mission and purpose," Maj. Gen Brian Eifler, commander of U.S. Army Alaska, said in a video on his Instagram. "We'll align, all of us under one patch, one unit, one identity."