Editor’s note: This article by Blake Stilwell originally appeared on Military.com, a leading source of news for the military and veteran community.

When Tim Cruickshank retired from the Navy in 2016, an entire auditorium was filled with people who came to wish him the best in his new post-Navy life. Yet, amid his family, the dress uniforms and traditional ceremony, he noticed there were people missing.

"At that time, we'd been at war for 16 years and I lost a lot of friends. ... They stick with you, and they take a piece of you with it," Cruickshank tells Military.com. "As I was giving my retirement speech, I'm looking around talking to everybody, and right in the middle of my speech, I get this idea of honoring my teammates."

That idea was the start of Bonefrog Cellars and Bonefrog Coffee, two businesses Cruickshank founded in 2019 with the goal of sharing the stories of those who fought and gave their lives in service to their country. On top of the stories, 10% of every purchase gets donated toward nonprofits that support military veterans and families. 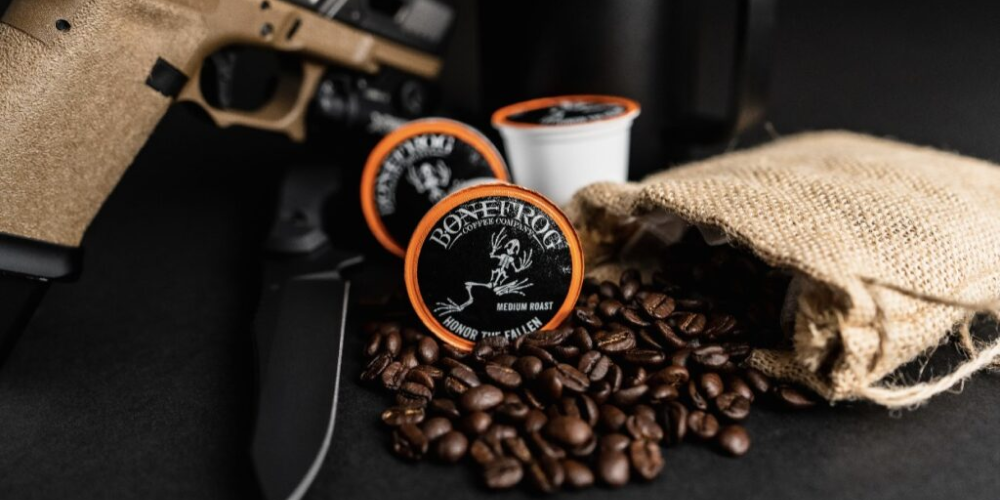 Cruickshank joined the Navy in 1990, with the specific purpose of becoming a SEAL. His uncle served in Vietnam and his father was a Marine, so he grew up hearing stories of service. He joined the Navy on Dec. 26, 1990. By 1992, he was a corpsman and a Navy SEAL.

In his 25 years of service, he served from both coasts along with the Caribbean and in Africa, was a BUD/S instructor and NATO liaison, and worked with the Marine Corps and CIA. When the Global War on Terrorism came, he knew a lot of his fellow SEALs very well.

"In the teams, we're not only brothers. We are closer sometimes to each other than our own family members. And it really rips your heart out every time one of those guys dies," Cruickshank says. "These are guys that raised their hand to sacrifice their lives for their fellow Americans, for our American way of life. I want their memories to be talked about forever, and I want their names to be said over and over and over again."

The night of his retirement ceremony, Cruickshank told his wife he was going to find a way to do it. He didn't know quite how, but he would find a way. When he began looking at business ideas, it occurred to him that people tend to gather and talk around cups of coffee and bottles of wine.

"If we're gonna get together for a business meeting, we would sit down at a coffee shop, right?" Cruickshank says. "When we get together with our friends and we have a nice meal, we do that over a nice bottle of wine. Warriors would gather around fires or dinner tables, and they'd tell the stories of their time on the battlefield. We still do that."

His idea is to make the labels of the products memorable and eye-catching. When the bottle is placed in the middle of the table, people will see the striking image of the label, and perhaps pick it up and take a look at it.

"That's what I wanted," he says. "They read this story and then the conversation starts. Everything stops, they talk about these things and spread the message. I want every American to recognize the Bonefrog for what it is: a sacred symbol in the SEAL teams that represents sacrifice and freedom."

The only problem was that Cruickshank didn't know anything about wine or coffee, so he did what any SEAL would do: He found a subject matter expert, or SME. He tapped John Bookwalter, a second-generation winemaker in Richland, Washington. Bookwalter taught Cruickshank everything from making wine to developing their blends.

"Wine is really a big science experiment that meets art, right?" says Cruickshank. "He [Bookwalter] told me the best grapes come from the vines that struggle. And I think that's a great analogy for our lives in general: We are stronger when we have to struggle; we grow when things are difficult."

[RELATED: Getting Your Franchise or Startup Off the Ground]

Cruickshank also sourced an expert for Bonefrog Coffee, the original founder of Seattle's Best Coffee, Dave Stewart. Stewart might not be at Seattle's Best anymore, but he hasn't stopped roasting. He just does it with his brother, Jimmy. Through the Stewart family, Bonefrog gets its coffee directly from farms in Central and South America. In this direct trade, the growers get a better deal and Bonefrog gets a high-quality product.

"I get to learn from one of the most iconic coffee roasters in the world," Cruickshank beams. "He's been doing this for over five decades and he teaches and he mentors."

Cruickshank's vision of products that bring people together while featuring the memory of a fallen American warrior has been a reality since 2019. Even through the COVID-19 pandemic, Bonefrog Coffee has grown. Like many businesses, Cruickshank and his crew managed to keep going with the help of Zoom calls and late nights spent packing and roasting, but it's all worth the effort.

"There are times I get emails from customers that bring tears to my eyes," he says. "They tell me we're what they've been looking for: a company with deeper meaning. We've got 'God, Country, Team' on every bag, and that's what drives us. That's what's important. I want to grow this company to where I can support the entire Department of Defense, because it's for them. It's not about me. It's about them."

Bonefrog Cellars currently offers Cabernet Sauvignon, Merlot and Chardonnay and will soon release a Pinot Grigio. For more information about Bonefrog Coffee or to make a purchase, visit its website.