Just before he stepped toward his Vietnam-bound plane in January 1972, 1st Lt. Michael Blassie, USAF, turned around and smiled at his family. That last smile is steeped in the memories of Col. Pat Blassie, USAF (Ret).

“I never in a million years thought that would be the last time I’d see my brother,” Blassie, a MOAA member, told Military Officer. “He looked back and smiled the way he always did, waved. We all went home.” 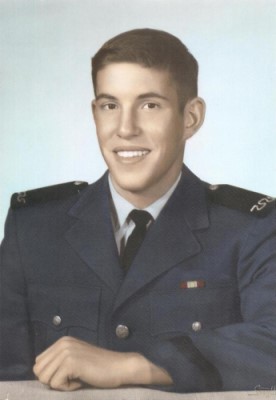 Michael Blassie, pictured, was killed five months later when his attack aircraft was shot down near An Loc in South Vietnam. The military told his family they couldn’t recover the pilot’s remains, which initiated the Blassie family’s 26-year quest to bring him home. The further the family traveled on their investigative trail, the more they realized it ended in one place: the Tomb of the Unknowns at Arlington National Cemetery.

Michael was the oldest of the five Blassie children and the one with a strong work ethic that all the kids looked up to. His sister, Pat Blassie, was 10 years younger than her brother, but she remembered he started working as a kid by selling newspapers on the street corner.

Michael Blassie later received an appointment to the Air Force Academy. That’s where he fell in love with flying, Pat Blassie said.

After Michael left for Vietnam, Pat Blassie said she remembered occasional letters and phone calls from her older brother. She was too young to understand the complexity of war, but she could sense that her parents had concerns.

“For me, it was just great to hear his voice,” she said.

In one letter, Blassie recalled her brother’s profound observation of the war. He wrote, “Why am I trying to live if I’m just living to die? I’ll keep on living to fight as long as there’s a fighting reason to live or for others to live.”

After the family learned his plane had been shot down and the military could not recover him, the family was deflated, Pat Blassie said. They grieved, including making a memorial shrine in his honor. 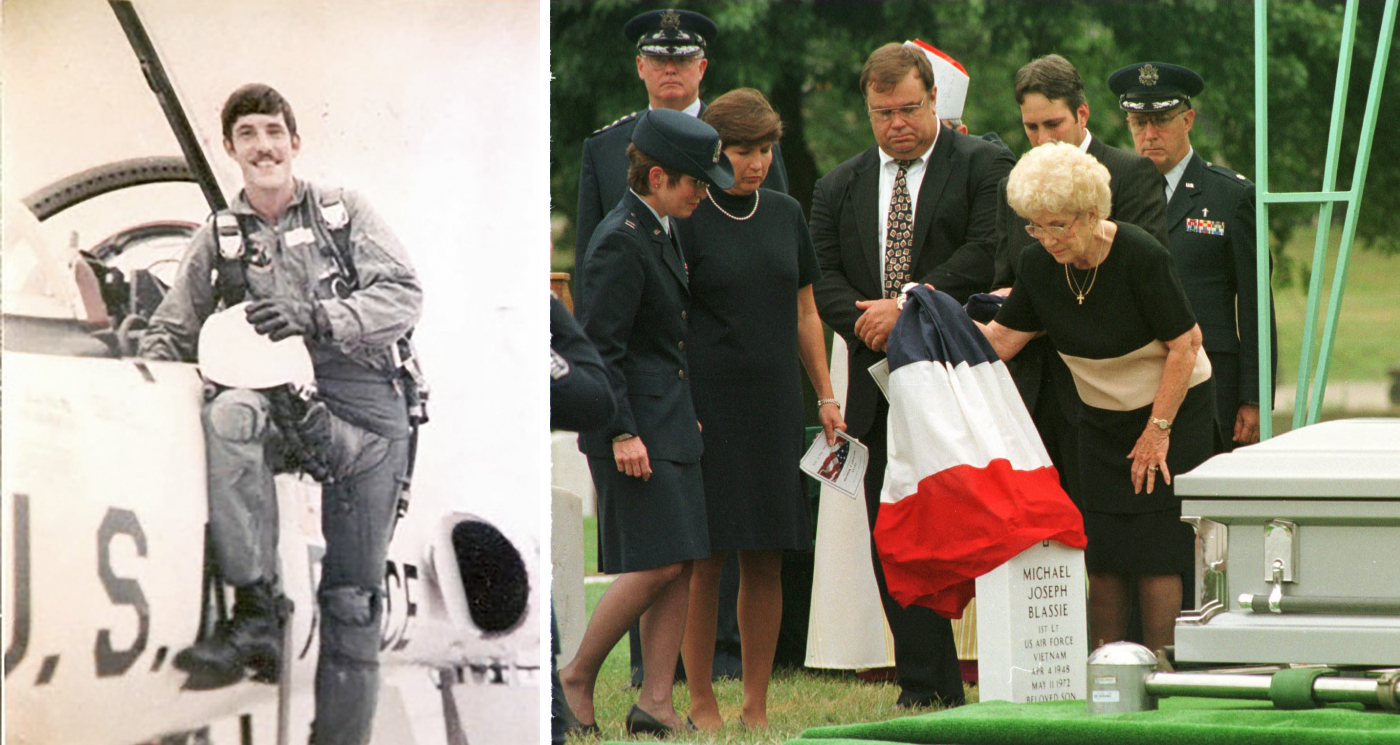 At the urging of Vietnam veterans, on Memorial Day in 1984, the unknown remains were selected to represent Vietnam veterans at the Tomb of the Unknown Soldier in Arlington National Cemetery. President Ronald Reagan presided over the funeral and acted as the next-of-kin, accepting the flag at the interment ceremony.

The Blassie family visited the tomb in the following years, unaware Michael Blassie was buried there. Stranger still, Pat Blassie had enlisted in the Air Force and was in charge of POW/MIA ceremonies for military families. She dedicated herself to honoring fallen comrades, all the while reconciling her brother still had not been identified.

An End to Uncertainty

In the early 1990s, reports began to surface that one of the Unknowns buried in Arlington was the missing pilot. In 1998, news articles reported partial skeletal remains, an identification card, a wallet containing a family picture, part of a flight suit, and the remnant of a pistol holder were recovered from the crash site. The name on the identification card was Michael Blassie, according to the reports.

But confusion along the journey from Vietnam to Thailand to the U.S. likely led to reclassification with an unknown age and height that didn’t match Blassie’s records. With that evidence, the family received permission to have the remains exhumed the same year.

In the middle of the night, Tomb Guard soldiers on duty stood around the tomb to block the view and allow respectful removal. A blood sample from the Blassie matriarch was used to match the DNA from the six bones buried.

It was confirmed as Michael Blassie.

In the years following identification, Pat Blassie said she’s been touched to receive messages from members of the Old Guard who stood watch over her brother.

“When the Unknown Soldier from Vietnam was being disinterred, they never stopped guarding that Tomb,” Pat Blassie said. “I so highly respect the high level of integrity and dignity and the no-fail mission, always there.”