During the Vietnam War, aeromedical evacuation units — commonly called by their radio call sign, "Dustoff" — and medevac units evacuated over 900,000 casualties. Nearly 3,000 of those can be attributed to two MOAA members.

Lt. Col. Chris Siedor, USA (Ret), and Lt. Col. Steve Vermillion, USA (Ret), both served one year in Vietnam as Dustoff pilots. Both knew it was their calling.

“I entered the Army to be a Dustoff pilot,” said Vermillion. “That was my objective. I had read an article and thought it was cool mission profile to fly.”

For Siedor, seeing a short video about Vietnam while attending Norwich University in Vermont piqued his interest.

“The [video] showed a helicopter going across the sky, two wounded on the ground … and the camera flashes to the aircraft and it has a red cross on the nose. I was sold,” he said.

Vermillion, then a warrant officer 1, arrived in Vietnam on Jan. 5, 1969, and was assigned to 45th Medical Company Air Ambulance (Dustoff). He recalls his first mission: “It was a hoist off of a tank. We were under fire, and …. the aircraft commander was training me. It was controlled chaos.”

On a night mission, while he was copilot and about to become an aircraft commander, Vermillion’s helicopter hit the ground on its final approach. “It was pitch black outside, our lights were off, and we had no gunship cover,” he said. Making the approach, Vermillion, trying to get a quick visual on the ground, flipped the landing light on and then off. “When the light came on, the world erupted in tracers coming to where the light was. A go around was made, and the aircraft commander took control of the aircraft and came around for a second attempt at a fully blacked-out approach. The pilot could not see the ground, and moments later, we impacted the ground at 30 knots. The aircraft bounced and, after what felt like several minutes, hit again and came to a stop. The aircraft was operational, so we gathered the wounded and departed,” he said.

Though Vermillion admits some of his missions still keep him awake at night, he describes his time in Vietnam as an “awesome experience.”

“Having flown that mission profile the way we did was the one of my greater accomplishments,” he said. “Those people we picked up, for each person we rescued … each one who survived went on to hopefully have a meaningful life and probably have two to three generations now under them.”

Vermillion left Vietnam in early 1970 as a chief warrant officer 2 and had flown 1,145 combat hours and picked up 2,217 casualties.

“The smell of rotting jungle hit me, and it was humid and hot,” he recalls. The next day, he received his assignment to the 57th Medical Detachment, the original Dustoff unit. He was told: “No hesitation. No reservation. No compromise. You get the wounded out.” 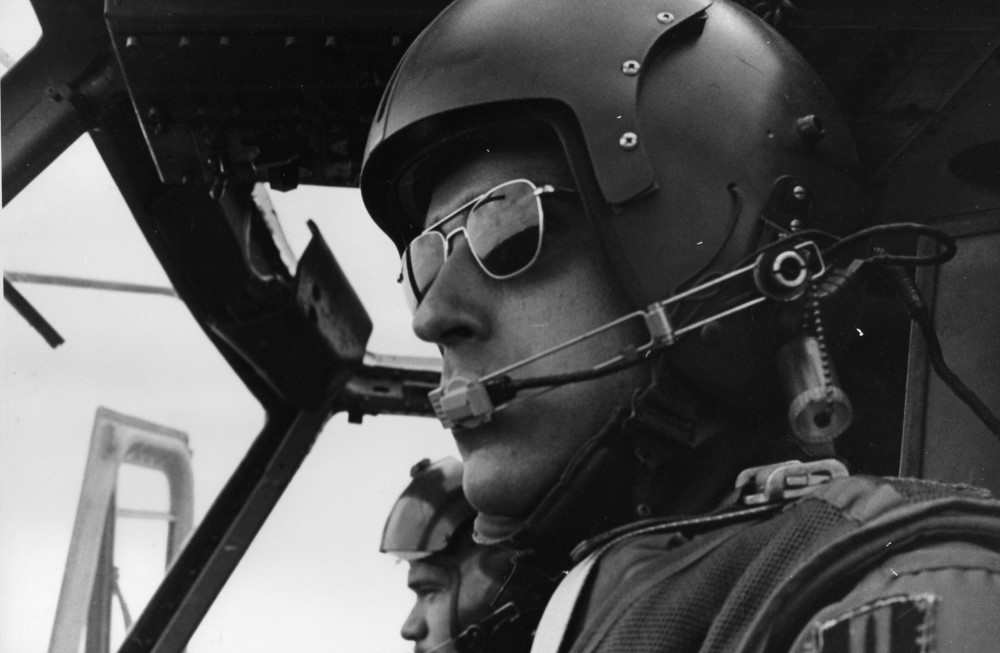 Not long after, U.S. ground combat forces left Vietnam. And a few months into his tour, “our helicopters were painted white to help protect us,” Siedor said.

The danger grew a few months later. On March 30, 1972, the Easter Offensive began, bringing approximately 300,000 North Vietnamese Army soldiers into South Vietnam with their deadly anti-aircraft weapons. Siedor was serving in An Loc at that time.

In August 1972, Siedor’s year in Vietnam came to an end. He had evacuated 719 casualties and flown 530 combat hours.

Some Dustoff helicopters were painted white in the early 1970s after years of operating over Vietnam with a standard green paint job. (Photo courtesy of Chris Siedor)

Vermillion and Siedor continued on with their Army careers. Vermillion took a direct commission to first lieutenant in the Armor Branch and then went on to a dual track of armor and aviation. In 1983, when the Army Aviation Branch was formed, he had the choice of going into aviation or staying in armor. He chose aviation and served with the 9th Infantry Division (Motorized), initially as the assistant division aviation officer, then as the deputy G3. He later was assigned to the 3rd Brigade, 9th Infantry Division (Motorized) as the S3 (operations officer) and then as the brigade’s executive officer.

“It was an awesome experience, Vermillion said. “Here again, I’m an aviator and this was all infantry assignments.”

After that, he went to the University of Washington as a professor of military science. He retired in 1993.

Siedor’s career included commanding a 283rd Medevac Unit in Alaska and teaching leadership at the U.S. Military Academy at West Point, N.Y., as well as serving in Germany with the 7th Medical Command, as post inspector general at Fort Detrick, Md., and as operations officer and then troop commander at Tripler Army Medical Center in Hawaii. He retired from the Army in 1993 and then worked for 15 years in education, as a teacher and a principal in Maryland.

Though Vermillion’s and Siedor’s paths never crossed during their Army careers, a common cause brought them together several years ago: a Congressional Gold Medal for Dustoff crews.

In subsequent years, the bill has been reintroduced but with no progress. This year, Rep. Derek Kilmer (D-Wash.) introduced in the House the Dust Off Crews of the Vietnam War Congressional Gold Medal Act (H.R. 2281). However, it needs more support.

“It defies belief that this bill continues to sit in Congress,” Siedor said. “If you look at the statistics, it’s clear why these crews are deserving. Dustoff and medevac crews flew more than 496,000 missions from 1962-73. Ninety pilots were killed and nearly 380 were wounded, and 121 crew members were killed and 545 wounded. They flew 24/7 and did not have the luxury of waiting for a cleared landing zone, the weather to clear, or night to end, as urgent patients faced death without immediate lifesaving care.”

He highlighted the great lengths Dustoff crews went to save the lives of those injured, sharing the story of one of his medics. As Siedor was flying, the medic warned him he needed to fire his weapon. “He fired the whole clip,” Siedor said. “He then said to me, ‘Thank you, sir. I needed to get the barrel hot to cauterize the wound and stop the bleeding.’”

He and Vermillion, who is president of the Vietnam Dustoff Association, continue their work to rally support from veterans’ organizations and contact legislators urging them to support this bill.

Both agree they want to see the crews and medics receive this award.

“I have said time and time again, this isn’t about me,” Vermillion said. “I look at my crew chiefs and medics and then I look at the family members of those who were lost … they deserve this honor.”

Siedor agrees. “The crew chiefs and medics did the work … they determined the condition of the patients, the hospital, how fast we could get there. This is about them.”

Siedor and Vermillion said MOAA members can help by contacting their legislators and asking them to support H.R. 2281.