If you’re a resident of military housing wondering when you’ll see your tenant bill of rights, there’s no answer.

Defense Department and military department leaders are still working on the tenant bill of rights and other initiatives that were included in the defense authorization act signed into law in December, according to DoD spokesman Chuck Prichard. “None of the details of their work are ready for release.”

Nearly two months after the bill was signed into law, “we have yet to hear word on when we will see a final tenant bill of rights,” said Eryn Wagnon, director of government relations for the Military Officers Association of America. “For all the momentum on this important issue generated by Congress, it is frustrating to know the process is lacking timeliness and transparency.

It’s been a year since military spouses first testified before lawmakers about black mold growing out of the walls, rodents, and water leaks in their family housing, and their frustration dealing with landlords and the military to get it fixed. A few weeks after that hearing, the service secretaries announced they were drafting a tenant bill of rights, which would, among other things, allow for the tenant’s rent to be withheld from the landlord while the resident’s dispute is being heard by a neutral decision maker. That rent is generally the service member’s Basic Allowance for Housing.

The tenant bill of rights was ready last fall; the service secretaries testified before the Senate in December that they were awaiting final passage of the authorization law, in order to make any changes before the final product.

The services have been in discussions with the private companies for months about the issues and possible fixes, and have been doing parallel planning waiting for the law to be finalized. The Army announced that all the service secretaries met with executives of seven companies that operate privatized housing on military bases on Wednesday, to discuss implementation of the dispute resolution process, development of a common lease agreement, move-in, move-out procedures, and the public availability of home-maintenance histories. Information was not available at press time on timelines for these initiatives.

At least one military leader has said he doesn’t want to give military families false expectations about what the tenant bill of rights will achieve. In an interview with Military Times last fall, Army Gen. Gus Perna said he doesn’t want service members and family members to have the wrong impression “that we’re going to publish this [tenant bill of rights] and all of a sudden it’s going to be Disney World. It’s the foundation that we reference in our execution to achieve our goals.”

Perna, who is commanding general of Army Materiel Command, was tasked last year with by Army leaders with the mission of fixing the Army’s privatized housing problems.

Under the new provisions in the law, the tenant bill of rights must include minimum rights for residents of military housing units, including the rights to:

The Fiscal 2020 National Defense Authorization Act doesn’t specify a timeline for the completion of the common tenant bill of rights. However, in a related section, the law describes a deadline of March 1 for the Secretary of Defense to submit a list to the congressional defense committees of any landlords who didn’t agree to certain requirements in the law.

Other Articles by Military Times: 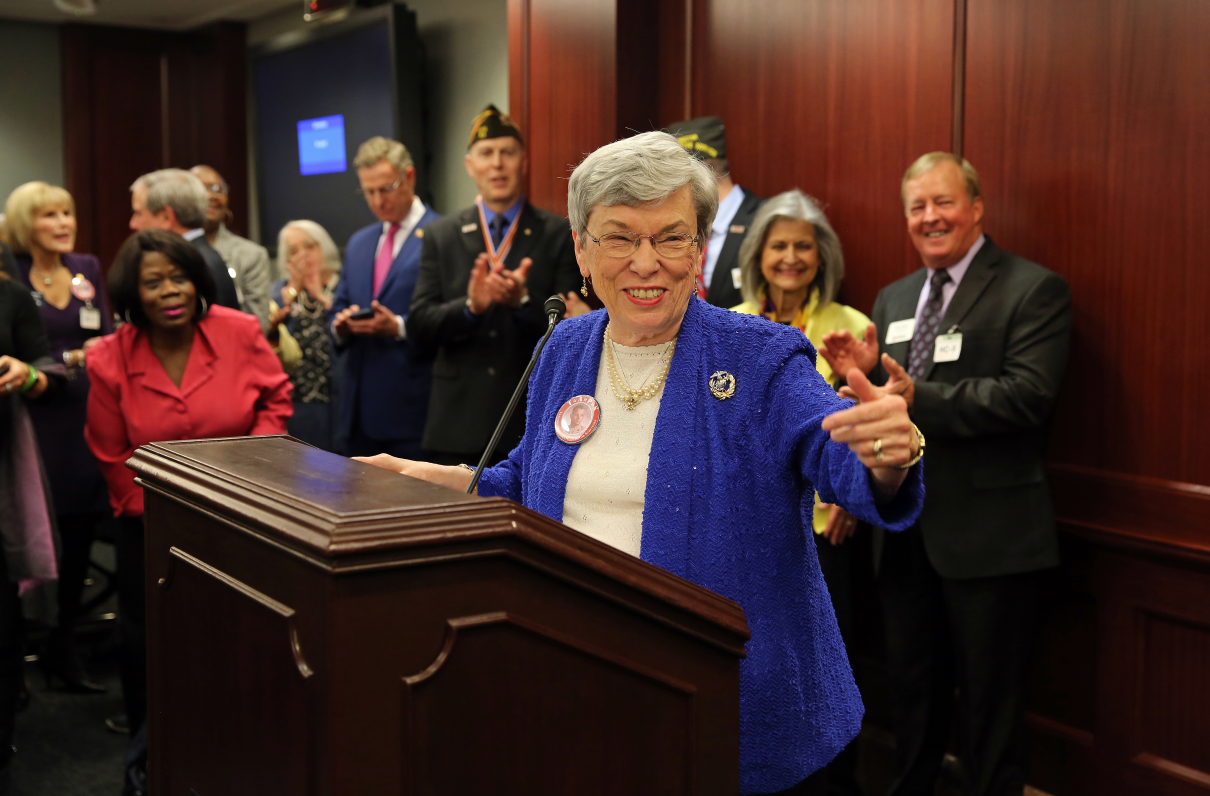 Legislators, military survivors, and supporters of all kinds honor the leaders of a long fight.