If you’re not a dog lover, you’ll probably want to stop reading here. Most of what follows will seem illogical, if not irrational.

My wife and I have always loved dogs. I’ve always jokingly said to her that as a married couple, it’s a “four-dog life.” I hope I’ve underestimated that number.

Our first dog came soon after our wedding, before our two sons. We had 12 great years with Bonsai, a Shih Tzu, who was once named the ugliest dog at Incirlik AB, Turkey.

Bonsai gave way to Shamrock, a Boston terrier with a big-dog personality. He was a study in loyalty and devotion – as I recovered from an unexpected surgery, heavily sedated in bed, Shamrock never left my side.

We lost Shamrock at the 12-year point just as we were bringing Odin into our home. A German shepherd, Odin was our first big dog (although Shamrock probably would’ve disagreed).

Odin forever changed our lives. He brought an intelligence that seemed almost human. He always listened. Watched. Assessed. He could open every door in the house and knew well over 100 words – some in German and Japanese.

For eight years, every day started with a long walk or run with Odin before sunrise. Running with him was majestic, almost spiritual. With our two sons out of the house, Odin became the center of our world. He was a family member. He was a best friend. 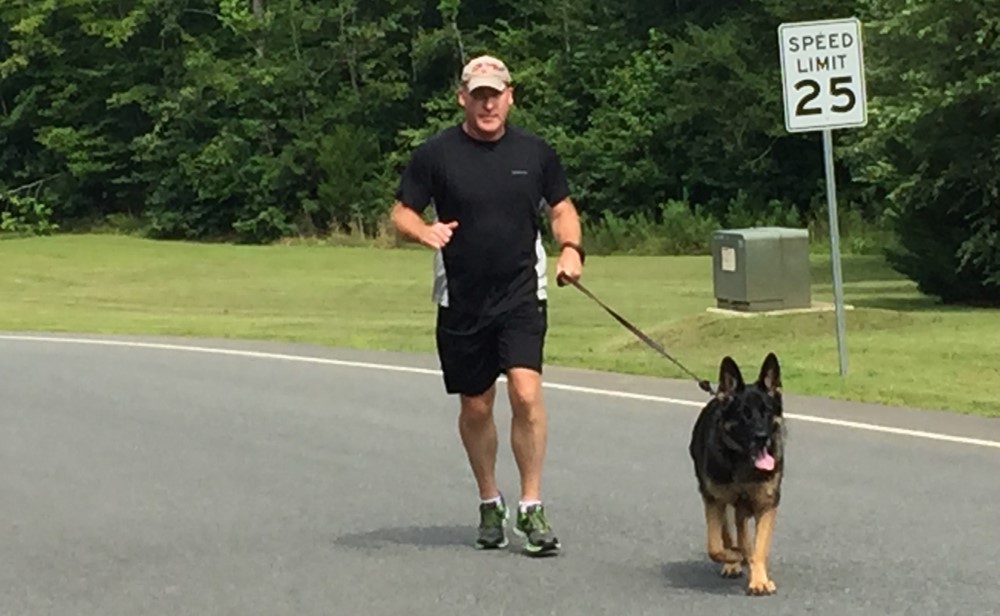 Odin (right), on the move. (Photo via Jim O'Brien)

And at 8 years old, in March, after not seeming himself, he was diagnosed with lymphoma. We couldn’t believe it.

We learned of treatment options, including chemotherapy. There really was no hope to cure him, but with good results, we could extend his life meaningfully. Dogs generally handle chemo better than humans; they can bounce back a couple days after each treatment.

Still, it’s a lot to process. We didn’t want to selfishly keep him alive if he wasn’t going to be himself and would be in pain. And as you can imagine, the treatment is very expensive.

We never faced a decision like this with prior dogs. Sure, we had to deal with end-of-life expenses, but this was on an entirely different level. Even so, we weren’t going to make it about the money, even though we knew we might spend $10,000 for an additional six months or a year. That may seem crazy to some, but I know many pet owners can relate to this love for a member of the family.

After six months of treatment, we said goodbye to Odin. It was a very emotional, but peaceful, end. There were a few points during the treatment when we second-guessed ourselves, but for the most part Odin was himself. He even got a few short runs in with me. As one of the few upsides of the quarantine world we live in, we were able to spend so much quality time with him during his final months.

It’s going to take time, but we’ll get another dog.* While there will never be another Odin, I’m sure our fourth (hopefully not last!) dog will have a place in our hearts.

Your pet’s last days may be different, but know this: If a pet is an important part of your family, you need pet insurance to help lighten the financial burden if unexpected medical issues arise. Discounted rates for this type of coverage are just one of the many benefits of MOAA membership.

Trust me, you want your decisions to be based upon what’s best for your pet and family without having to deal with additional financial complications.

The morning after we said goodbye to Odin, I went on a long run. After about two miles I began to sob with sorrow and grief. I wanted to just quit the run, but I kept going. Odin always did. 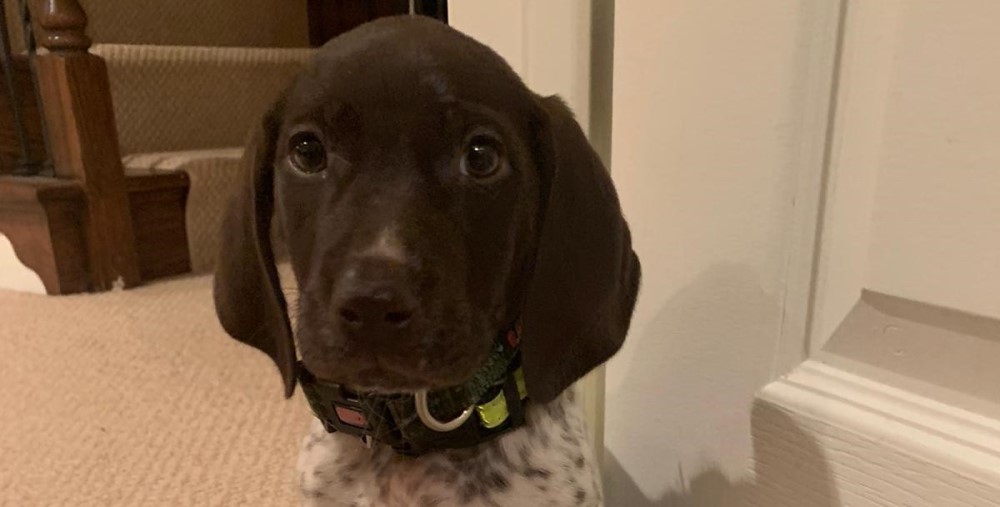 * Editor’s note: We are happy to report the O’Briens have since welcomed that fourth puppy into the family. Meet Nobu, the German short-haired pointer. The breed is known for their hunting prowess, but for now the plan is to get him ready for the 5K circuit. Of course, potty training comes first … and hopefully soon!

O'Brien, MOAA's executive vice president and chief operating officer, served in a variety of financial management positions at all levels of the Air Force, including four command positions. His final assignment was comptroller for the Air Force Reserve, where he was responsible for nearly $5 billion annually.