Tammie Jo Shults, the Southwest Airlines pilot heralded for landing a severely damaged Boeing 737 after an engine failure in 2018, had once been told, “Girls don’t become pilots.”

A colonel at a junior high school career fair asked if Shults was lost when she tried to inquire about aviation jobs. Recruiters from the Air Force and Navy turned her down, telling her there was a demand for pilots, but not “girl” pilots.

Shults had grown up watching training of the jets at an airfield near her family’s home in New Mexico and hoped someday she’d be one of those pilots, skillfully soaring through the air. So she made one last attempt to become a military aviator before returning to graduate school.

She finally got a break when a different Navy recruiter reviewed her test scores and approved her for training in 1985.

Shults was one of the only women in her squadron, and she sensed disdain from some leaders. Shults was later part of a squadron led by Capt. Rosemary Mariner, one of the Navy’s first female pilots. Shults left the Navy in 1993 when she learned the military’s exclusion rule would be overturned, but her pilot class was too far advanced to make the cut for women to enter combat. She became a pilot for Southwest Airlines.

On April 17, 2018, Shults was flying 149 people from New York to Dallas when the left engine of the Boeing 737 exploded, sending debris from the uncontained engine into a window, which shattered and caused rapid decompression inside the cabin. Passengers had just minutes to put on their oxygen masks. A passenger seated near the damaged window was partially sucked out; a flight attendant helped pull the passenger back inside. The passenger later died.

Shults and her copilot, Darren Ellisor, immediately worked to control the plane. Despite the noise and chaos, Shults calmly made an announcement over the plane’s radio to the crew and passengers.

More from Shults, in her own words:

Q. Society generally stereotypes women as the weaker sex, especially when it comes to military service. How did you fight through that stereotype?

A. I refused to fight it. Instead, I saved my energy for flight school, mission qualifications, or division officer work. Congress had already made a decision allowing me to fly, so anything contrary to that was a personal opinion. If at all possible, I ignored the slights and pressed on with the task at hand. I had decided not to let an offense block an opportunity.

The idea that women can or can’t do certain things has often made me laugh. Such generalizations never play out. I wondered at times if the naysayers were trying to protect their own positions from more competition or perhaps had simply not met a woman who could do it.

I try not to be too judgmental or spend too much time thinking about things that have no logical foundation. Not everybody has chosen to walk the same path that I have. Often, people that have those opinions are like those standing on the sidelines, not necessarily prepared or able to do the same job. 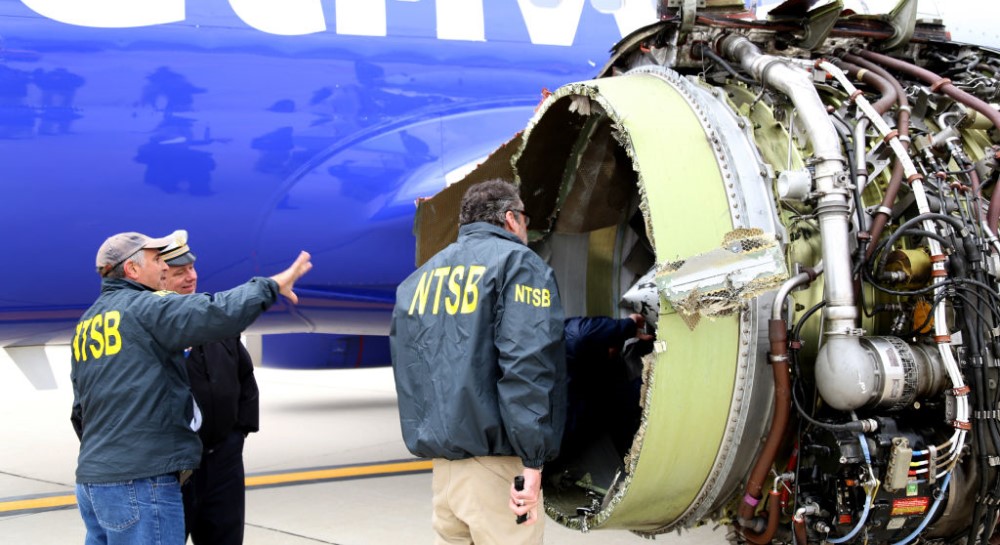 Investigators examine damage to the engine of Southwest Airlines Flight 1380 shortly after the in-air disaster on April 17, 2018. (Photo by Keith Holloway/National Transportation Safety Board via Getty Images)

Q. The military’s exclusion rule sidelined you from flying combat missions during Desert Storm, but you found a way to contribute by flying training missions. How did you feel when the exclusion law was changed?

A. I joined the Navy with this rule in place, so please understand, I joined not planning on going into combat. ... It had never been allowed. I was happy at the time to simply get a slot in flight school, do well enough to get selected for jets, then continue on to a squadron [where] I could fly combat aircraft in tactical missions.

Our squadron, VAQ-34, was an electronic aggressor squadron. We were the bogies/bandits, the bad guys. We were not instructor pilots. We studied and simulated Russian, Chinese, [and] French [enemy aircraft] against our own fleet of aircraft or ships. They had their own instructors that taught them how to find and attack, fight, or defend themselves.

We definitely contributed to Desert Storm from stateside. We would simulate the radars, rockets, and aircraft that our pilots were going to be flying against or driving ships through that enemy country with similar threats. However, our ... work didn’t produce the same ... accolades that guys’ work did.

VAQ flying was not bad duty, but that was as close to combat tactical flying as we ladies could get.

When the rule was lifted, my year group was the cutoff — every female behind that year could apply for a combat squadron. I loved getting to serve my country, and the Navy was great. But I had just decided if my year group was the cutoff that [would not get to go] to combat squadrons — because we’d be too far along in our rank to be a shipborne squadron — it was time to move on. I applaud the Navy for making a plan designed for success. 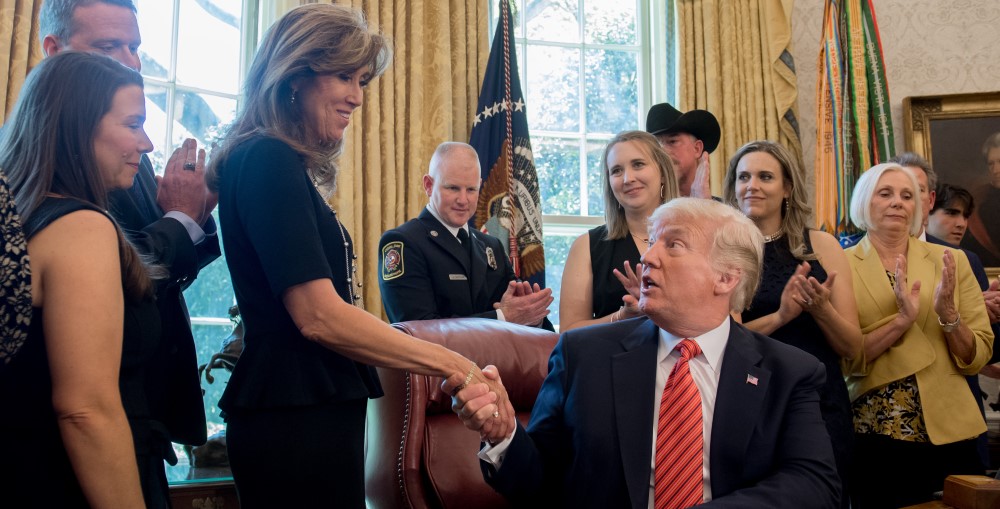 Tammie Jo Shults shakes hands with President Donald Trump during his meeting with crewmembers and passengers from Southwest Flight 1380 on May 1, 2018, in the Oval Office. (Photo by Saul Loeb/AFP via Getty Images)

Q. Had you ever trained on a compound engine failure and explosive decompression before?

A. No, there have been some that have some similarities, but not the same. ... It was a rather unscripted combination of emergencies.

We train for situations with elements like this — single engine failures, rapid depressurization, severe aircraft damage, hydraulic failure, fuel leak, and some others — but never all together.

I think [prioritizing] comes in life lessons as well as training and experience. Darren and I had to cycle back through the priorities of maintaining aircraft control, analyzing the problem, taking the proper steps, and maintaining situational awareness, over and over again. We slowed the descent to minimize the shuddering and damage caused by it.

Our flight attendants, when they heard the announcement that we were going into Philadelphia, unbuckled and headed down a very rough and dangerous aisle to help people get their oxygen masks on and yelled over the roar of the open window to encourage people that we had a destination, we were not in a free fall.

Q. Nowadays, young women are not only choosing military service, they’re becoming pilots and flying missions in combat zones all over the world. What does it mean to you to see this progress?

A. I am thrilled the best pilot is out there defending our country. I think none of us break through a barrier all by ourselves. The WASPs [Women Airforce Service Pilots] didn’t demand to get to fly. They simply were needed. They nudged a door open.

If Rosemary Mariner and the other ladies in the first class [of female aviators] had done poorly, the doors would not have been opened for the rest of us to get a chance to fly. Everyone given an opportunity has an obligation to make sure the trail they open up is opened properly for those coming behind them.

The doors that women pushed open, many of them were unlocked by men — proving we have always worked best when we work together. 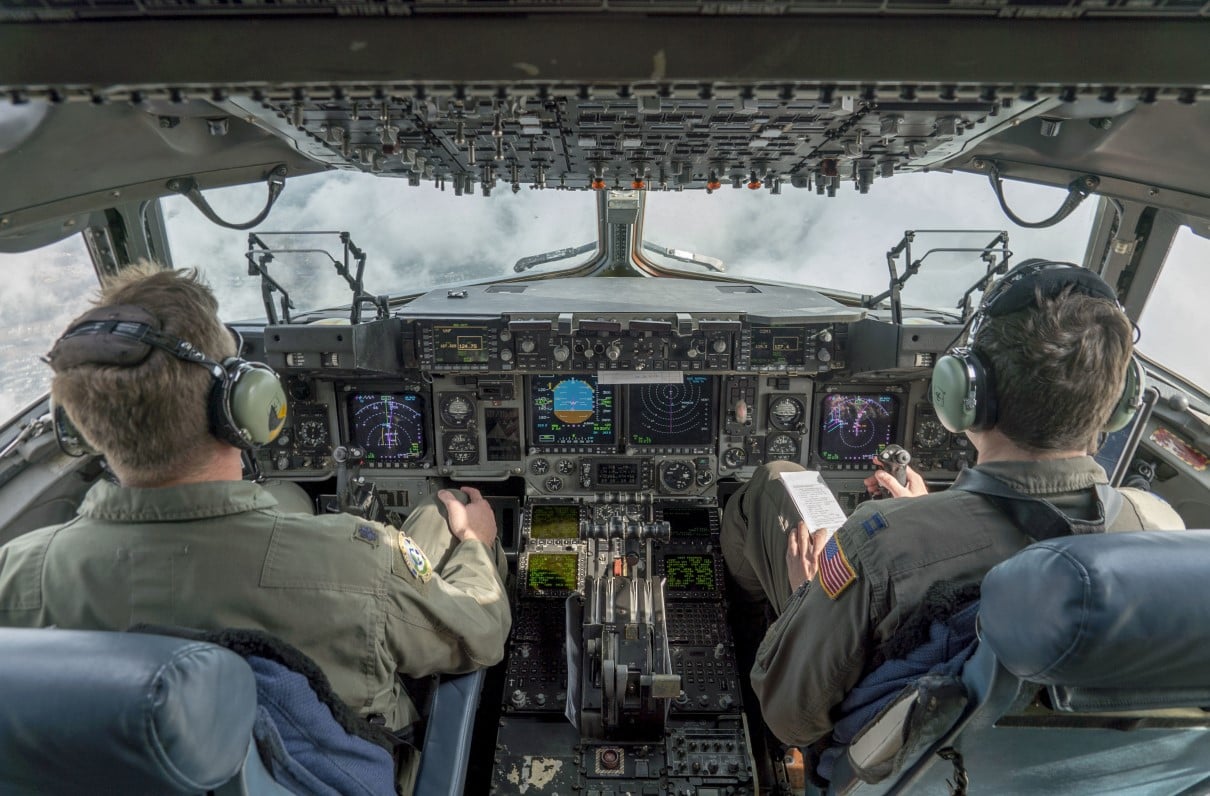 The Air Force will fall short of its year end-production goal of reaching 1,480 pilots by the end of FY 2020, for the fifth consecutive year. 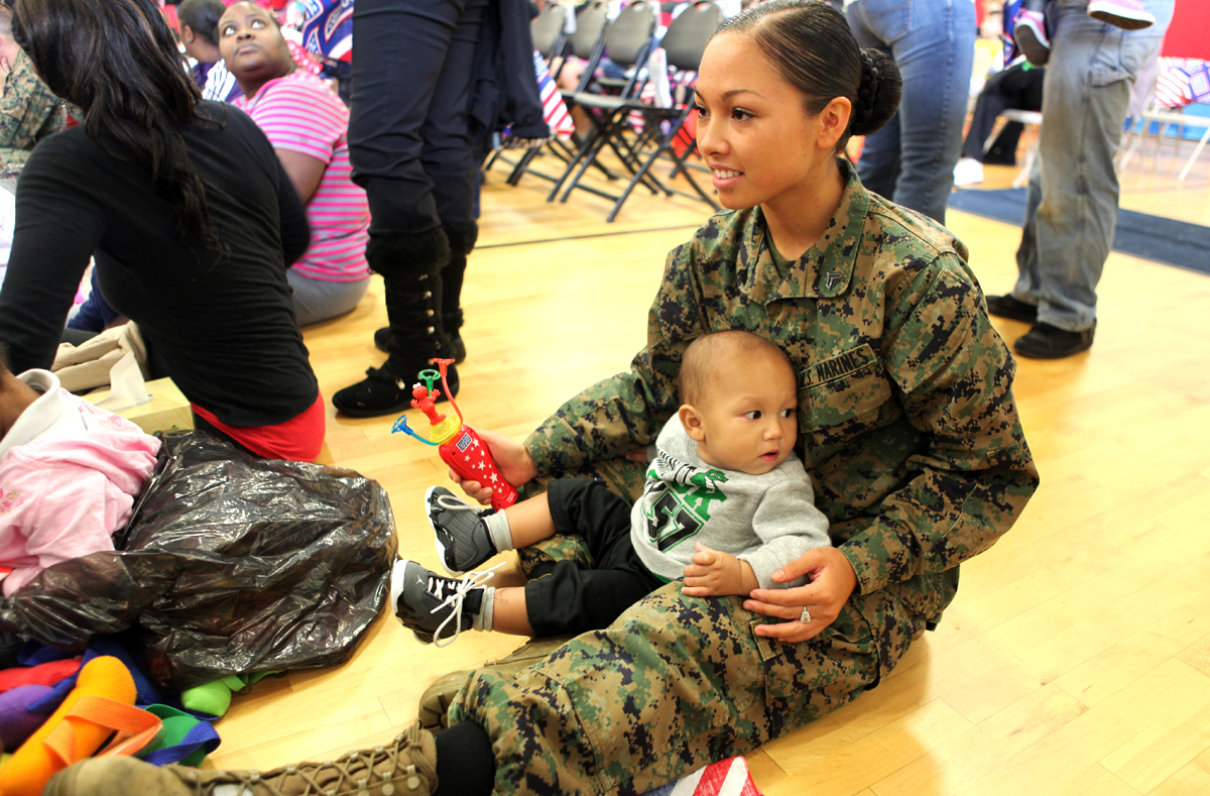 The Corps' top general says leaders "should never ask our Marines to choose between being the best parent possible and the best Marine possible."