Looking for an early holiday gift for that hard-to-shop-for military historian? Or maybe you’re after some additions to your own bookshelf, now that you’ve had more time to read through some of your favorites? Check out these recommendations below; if you’re shopping for these titles on Amazon, consider setting up your AmazonSmile account to support MOAA charities when purchasing these or any additions to your reading list. 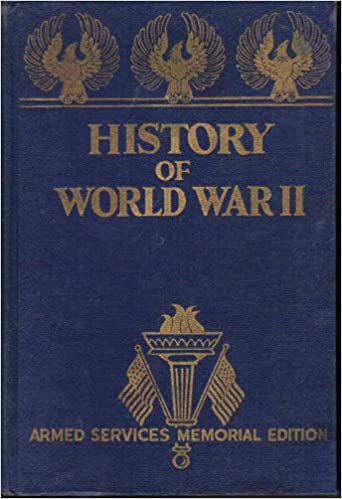 By Francis Trevelyan Miller with a Board of Historical and Military Authorities. Readers’ Service Bureau, 1947. No ISBN.

This book is an unusual find and would be a valuable addition to a collection of World War II historiography. Published in 1947, it is a comprehensive history of the war, written by Miller and 10 other military and history authorities (British and American), supplemented with various contributions from 200 other sources.

Written entirely from the victors’ viewpoint, this is a thousand pages of unbalanced, righteous justification of the war. One hundred and two chapters cover all theaters, major campaigns and battles on land, in the air, and at sea, with political perspectives, and colorful but disturbing portrayals of German, Italian, and Japanese atrocities, especially toward conquered peoples and POWs. The text throughout impresses how the Allies imposed grim retribution on “tyrants and despots.”

Most interesting is a collection of post-war letters from prominent wartime figures like FDR, MacArthur, Hap Arnold, Nimitz, Vandegrift, Stinson, Forrestal, and others, trumpeting “the triumph of democracy” over Nazism and Fascism. Considering its timeframe and the end of a world war, this is an unvarnished example of western jingoism. 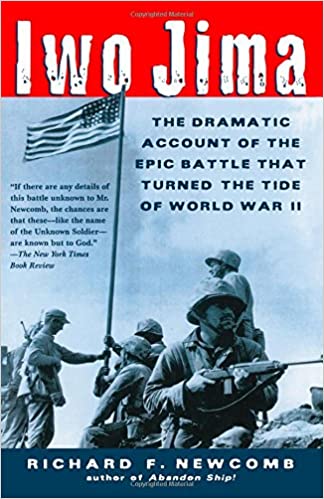 Iwo Jima: The Dramatic Account of the Epic Battle That Turned the Tide of World War II

The battle for Iwo Jima, February-March 1945, was the bloodiest fight for American forces in the Pacific in World War II, and nobody tells that story better than Richard Newcomb (1913-2004). He was a wartime naval correspondent in the Pacific (Purple Heart), later a successful journalist and author.

This book is unique because it was written in 1965, when many Marine and Navy veterans (and several Japanese survivors) were still alive to tell their stories. Newcomb covers all aspects of the battle – the planning, air and naval gunfire preparations, the bitter no quarter fighting, and the final, grim aftermath. Best are the vivid stories told by Marines, sailors, Sea Bees, doctors, and corpsmen.

Newcomb did it right: He got those stories from men who lived through that horrific battle while memories were still fresh. Graphic reading of a battle where “uncommon valor was a common virtue.” 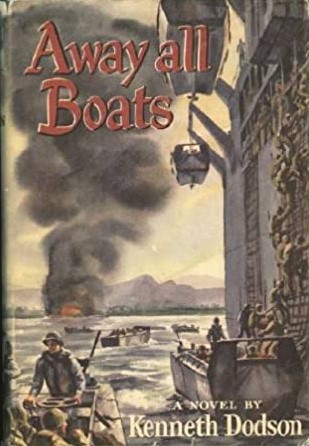 This is another classic of military historical fiction set in World War II, a best-selling novel written in 1954 by Dodson (1907-1999), a decorated Navy veteran of the war who served aboard USS Pierce (APA-50), an amphibious attack transport in the Pacific.

Dodson’s own wartime experiences are clearly evident in his story of USS Belinda (APA-22) and her combat participation in six amphibious assaults (1943-1945), including Makin, Kwajalein, Saipan, and Okinawa. The story focuses on the ship and her crew, officers and enlisted, as they land soldiers and Marines on fortified islands, under fire from Japanese shore batteries and under attack from submarines and kamikazes.

This is an exciting, historically accurate portrayal of courage, leadership, and seamanship. The book was made into a feature motion picture in 1956, starring Jeff Chandler and George Nader. 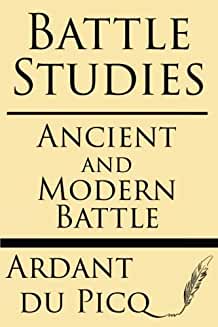 For years, this book was a basic text at French military academies, as highly regarded as the writings of Clausewitz and Jomini. Colonel Ardant du Picq (1821-1870) was a professional army officer, military theorist, and writer. He commanded an infantry regiment and was killed in action in 1870 during the Franco-Prussian War.

He wrote this book in 1868, but it wasn’t published in its complete form until 1902. Du Picq discusses the tactics and technologies of ancient and modern (19th century) warfare, but emphasizes the supreme importance of the soldier: “The man is the first weapon of battle. Let us study the soldier, for it is he who brings reality to it.”

Chapters explore the proper uses of cavalry, artillery, skirmishers, and aimed infantry fire, as well as the fluid dynamics of battlefield psychology and morale. Translated from the French in 1921 by two U.S. Army officers. 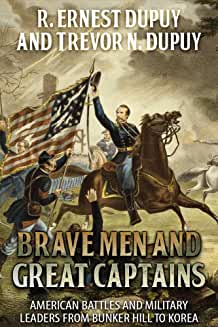 The authors are a father and son, Ernest Dupuy (1887-1975) and Trevor Dupuy (1916-1995), both U.S. Army colonels and decorated combat veterans, as well as eminent military historians, collaborating on this excellent examination of American military leadership from Bunker Hill to Korea. This was originally published in 1959. Combined they have written more than 40 books on military history.