From expanding veterans' access to VA health care to assisting with their post-service career path - and even giving wounded veterans a chance to skydive - MOAA honorees at Tuesday night's ceremony on Capitol Hill were celebrated for their unique efforts to support military members past and present, and their families. 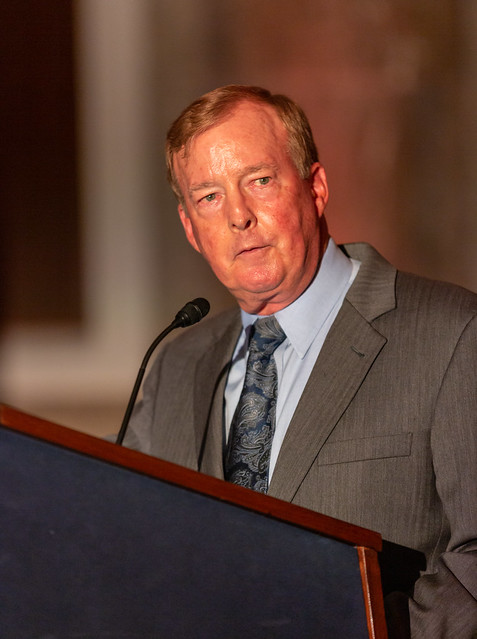 “Associations like ours would not be successful in advocating on behalf of our servicemembers, veterans, their families, and survivors without the help from all of you present this evening - and a host of others,” Atkins said from the Dirksen Senate Office Building. “The awards we present this evening recognize the highest caliber of leadership, dedication and love of country. They recognize a strong national defense, and most importantly, steadfast support for the uniformed men and women who make that strong defense a reality.” 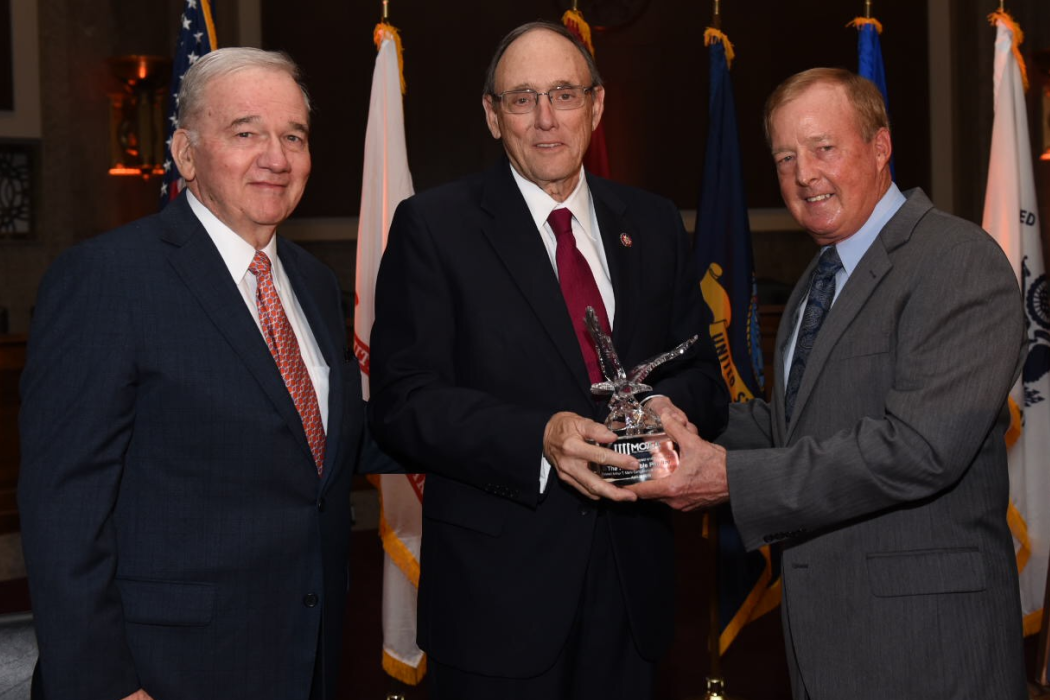 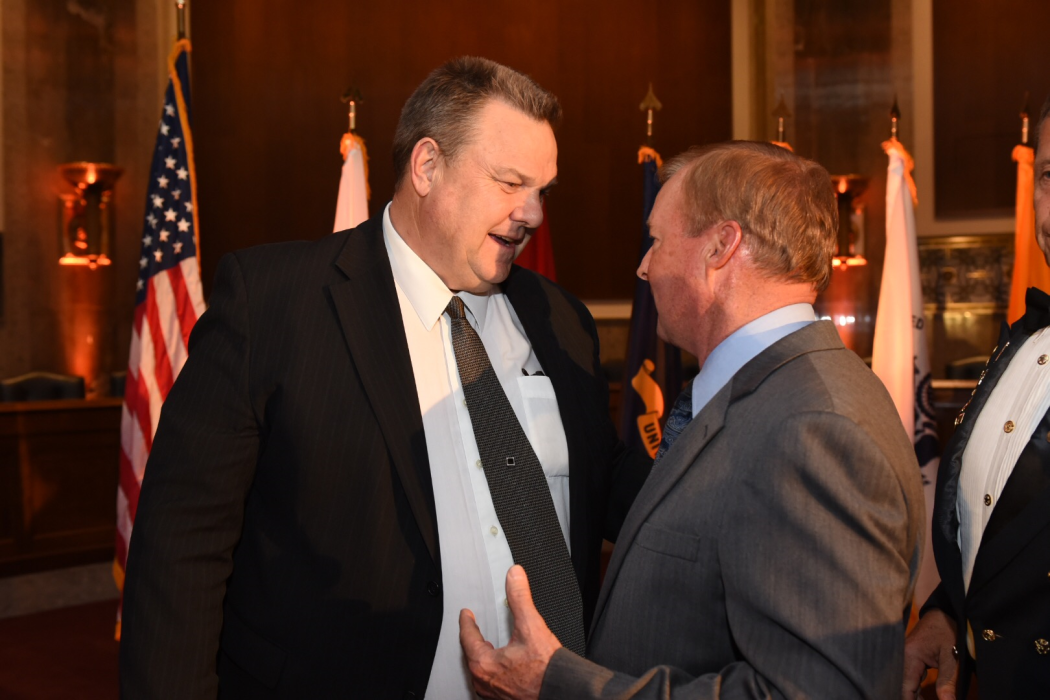 The award is presented to members of Congress who distinguish themselves in protecting the rights and interests of uniformed servicemembers, their families, and their survivors. Past recipients include Sen. Lindsey Graham and the late Sen. John McCain.

“I get up every day and think about how I can make life better for our nation's heroes,” said Roe, ranking member and former chair of the House Veterans' Affairs Committee. “It's a privilege.”

Dr. Roe, a Tennessee Republican and Army Medical Corps veteran, sponsored the VA MISSION Act, which President Donald Trump signed into law in June. The act includes a number of VA reforms designed to improve care and access to benefits.

Tester, ranking Democrat on the Senate Veterans Affairs Committee, thanked MOAA for recognizing his efforts. He lauded the organization for its feedback that helps shape legislation that benefits veterans.

Tester was a key player in the Senate passage of the VA MISSION Act as the only Democrat among the legislation's initial cosponsors. He was elected to his third Senate term in January. 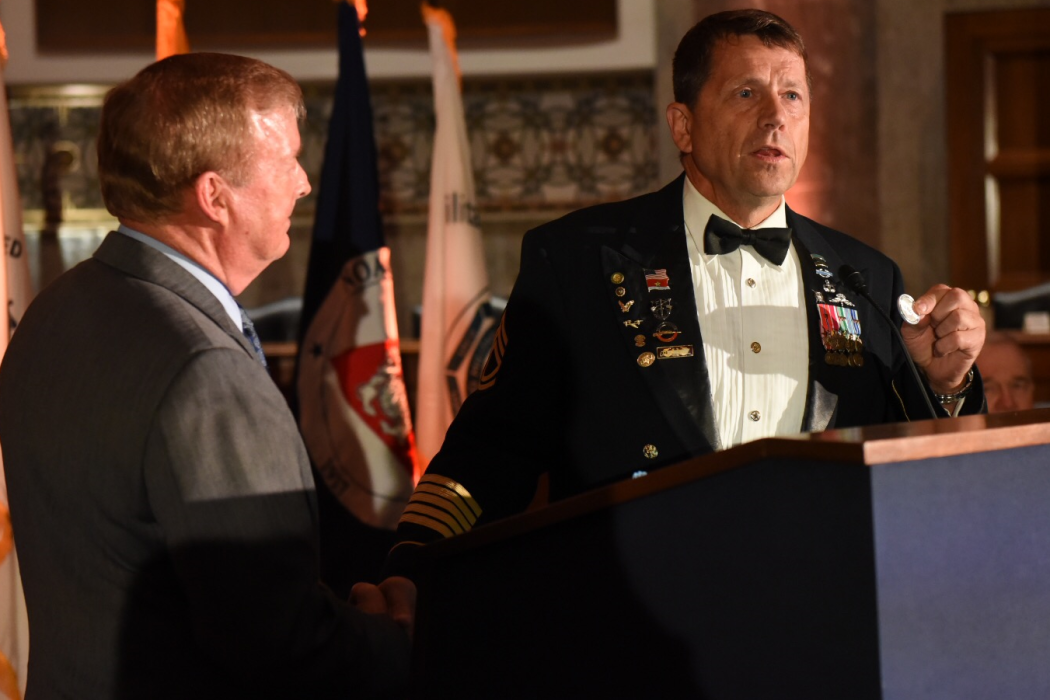 MOAA's Distinguished Service Award, which recognizes people or organizations that have helped people who serviced in the military, was presented to LinkedIn and to retired Army Sgt. 1st Class Dana Bowman. The award has been presented since 1997.

During the past year, professional networking site LinkedIn began offering a free premium membership to military spouses who are making PCS moves or whose spouse is leaving service. LinkedIn continues to offer one-year premium memberships to servicemembers and veterans, along with military-specific career programs, webinars, and other tools.

Bowman, a double amputee, was recognized for his effort to help wounded warriors through his nonprofit HALO for Freedom Warrior Foundation.

Bowman, a former member of the Army's elite parachute team the Golden Knights, collided with his partner Sgt. Jose Aguillon during a skydiving maneuver in 1994. Aguillon died instantly; Bowman lost both of his legs.

“I had a lot of experiences that helped me through my downfalls, my tragedy, my accident,” Bowman said. “I want to inspire these guys, give them a new experience and see them tell their stories. It's about everybody coming together.” 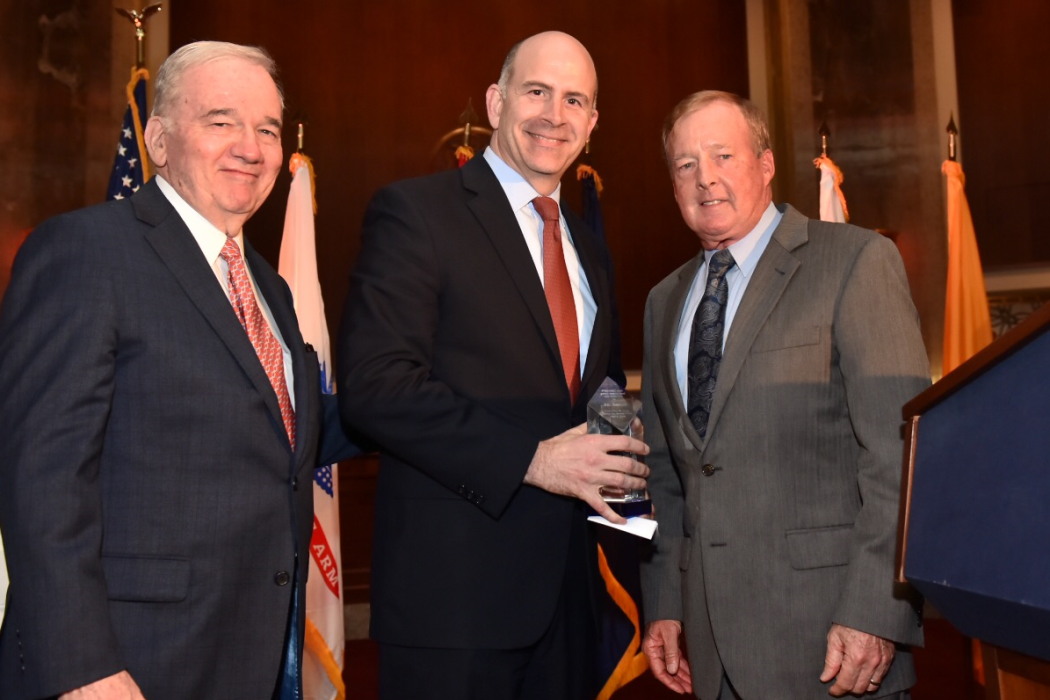 Finally, MOAA recognized three congressional staffers with its Colonel Paul W. Arcari Meritorious Service Award for their advocacy and support of issues affecting servicemembers, veterans, and the military. The award is named for the retired Air Force officer who led MOAA's government relations department for more than a decade.

“The role that you play is more important than ever,” McClain told MOAA members. “After all, your members are the ones who are most directly impacted by a lot of the decisions that we make up here. Your feedback - what works, what doesn't, what needs to be expanded, which programs need to be reformed - that formalizes those decisions.”

Learn more about each of the awardees: 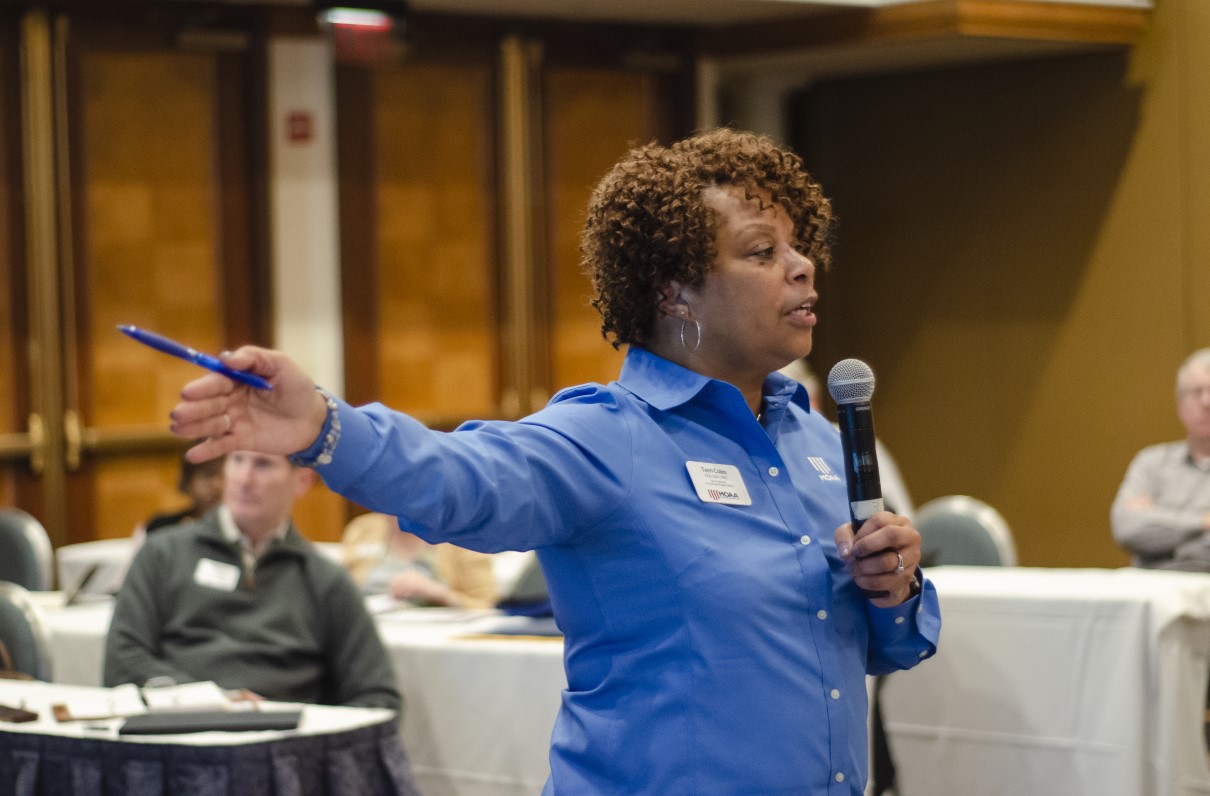 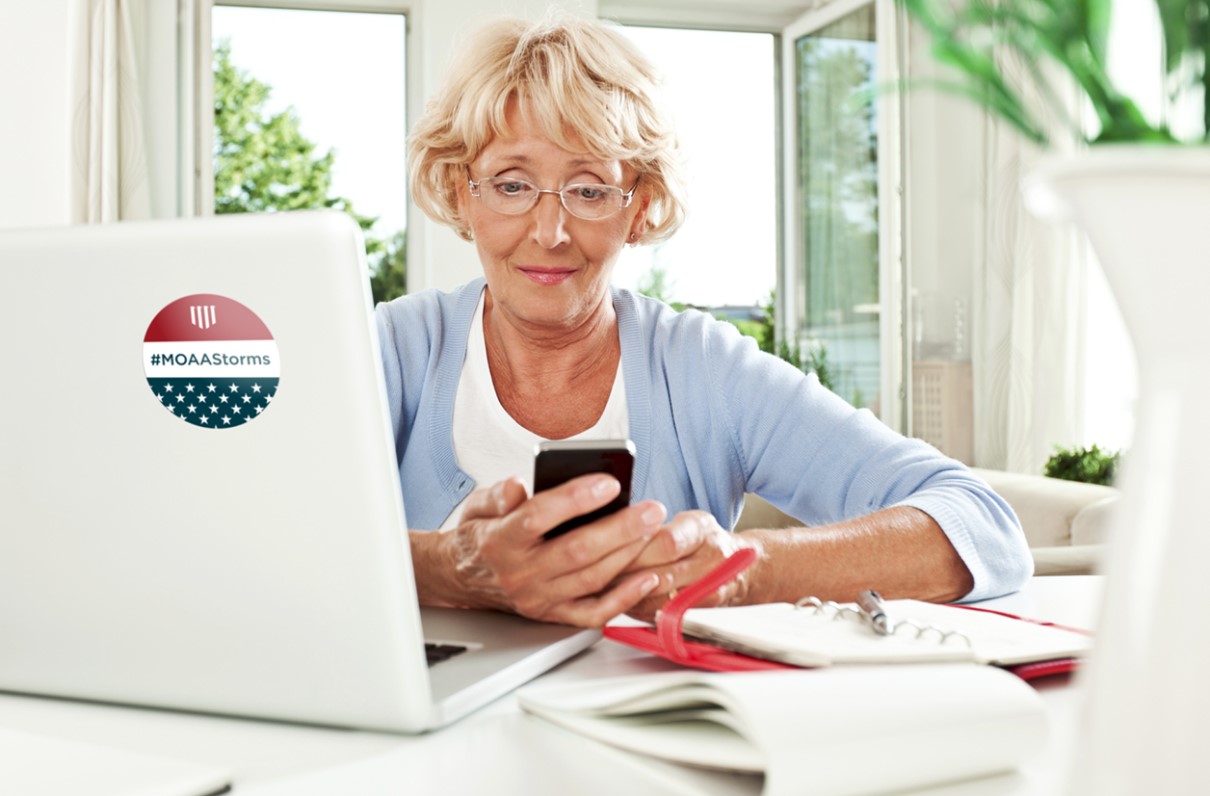