In between sets of shuttle sprints and kettlebell swings, some of the Army’s most elite physical warriors share their tales of service, stemming from their time in the cockpits of Black Hawks, or in research laboratories.

Swapping such stories – especially with fellow fitness enthusiasts during fitness competitions – is the Army’s latest effort to showcase how military members are able to participate in their hobbies while meeting military obligations. Officials hope the personal stories from members of the new U.S. Army Warrior Fitness Team will inspire young men and women to become the next generation of officers and soldiers.

“I think this team uses the fitness environment to connect what the Army is really like and what soldiers are really like,” said 1st Sgt. Glenn Grabs, a certified functional fitness coach who is leading development of the Army team.

“I hope it conveys it’s breaking down some of the common stereotypes that people have about the military,” he said. “Some people think soldiers don’t get paid, all soldiers live in a barracks room on base and have to get bald heads.”

The team was created in February, just after the debut of the Army’s competitive Esports video game team, which also has a recruitment angle. Both teams are creative ways the Army is hoping to connect with youth, since it missed its recruiting goal for the first time in a decade in 2018.

The Warrior Fitness Team will represent the Army at fitness competitions and health expos. Members will take part in “functional fitness” competitions, which test strength, balance and coordination, power, range of motion, and mobility. Team members will maintain their respective career fields but will be temporarily assigned to Army Recruiting Command’s Marketing Engagement Brigade at Fort Knox, Ky., to train and travel to events together.

Functional fitness has become popular through CrossFit gyms, Tough Mudder competitions and Spartan races, all of which test strength through unconventional movements, such as flipping a tire, versus isolated muscle exercises, such as barbell curls.

More than 250 people applied to try out for the Army’s functional fitness team. Of the 25 chosen to try out, 15 made the roster.

Of course the members are physically fit, but they also must be able to share their experiences, using their time in a variety of Army jobs to connect with people of all different backgrounds.

Capt. Alison Brager, an Army neuroscientist who studies how sleep patterns can enhance human performance, is the oldest member of the team at 34.

Fitness has always been part of Brager’s life, so she naturally gravitated toward functional fitness. She knew her age would make trying out for the Army’s team difficult, but she welcomed the challenge. 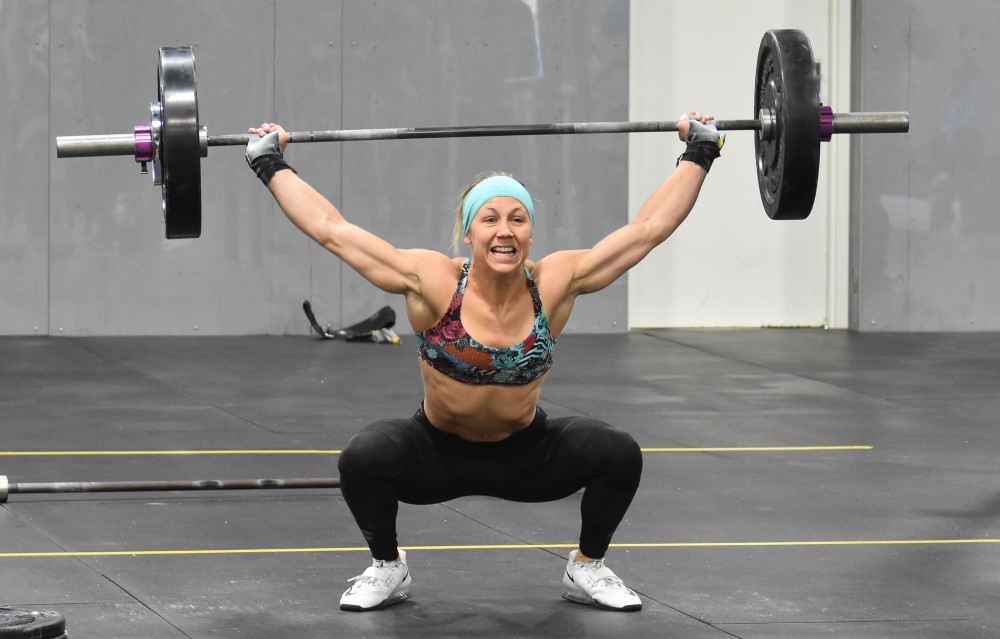 “If you’re in uniform and you are expected to be a soldier, that commitment to your physical fitness and mental fitness doesn’t change with age,” she said. “You’re still expected to be a soldier as much as the 20-year-old who can recover from everything. It doesn’t matter how old you are and what your job is in the Army, if you’re asked to be on the front lines, you have to train like you fight.”

She’s excited to compete, but also meet the public to educate people about the Army. The team is all about “just educating the youth and our younger soldiers who are excited to join the Army – teaching them the warrior ethos early in life,” she said.

Team member Capt. Brian Harris, an aeromedical evacuation pilot, participated in the team’s first competition – the Arnold Sports Festival in Columbus, Ohio, in February and March. The team placed first out of 32 teams in the CrossFit Endeavor competition.

Harris has been competing in functional fitness competitions since 2012.

Functional fitness appealed to Harris not just to test his power, but also his ability to think through and resolve challenges – much as he does in the military.

“It’s practical application,” Harris said. “You can pick up heavy things off the ground and you’re exposed to so many different ways to use your body as a machine, but there’s a psychological aspect. Every day you’re confronted with a challenge and have to overcome it. You’re continually challenging yourself.”

Insights on your workout plans from team members:

Amanda Dolasinski is a MOAA staff writer for MOAA. She can be reached at amandad@moaa.org. Follow her on Twitter @AmandaMOAA.