As he walked to his high school in Fayetteville, N.C., Robert Wilkie would often pause as he passed the Veterans Affairs hospital down the street. The brick building towered over the school and the nearby houses. An inscription on the front of the building read, “The Price of Freedom is Visible Here.”

“That means a lot to me,” Wilkie said, thinking of his father, an artilleryman stationed at Fort Bragg who was severely injured during combat in the Vietnam War.

After graduating from Reid Ross High School, Wilkie stayed in North Carolina to attend college at Wake Forest University. He went on to serve as an officer in the Air Force and Navy, and currently serves as a lieutenant colonel in the Air Force Reserve. Wilkie worked as the assistant secretary of defense for legislative affairs and undersecretary for personnel and readiness.

He caught the attention of President Donald Trump, who nominated him to serve as Secretary of the Department of Veterans Affairs.

In November, Wilkie sat down with Military Officer magazine to reflect on his first 150 days leading the massive VA health care system, which includes 9 million people across 1,700 centers. The exchange has been edited for clarity and brevity.

Q. One of the things you've made a point of doing is visiting VA centers across the country. As you've engaged with VA patients and patients at the centers, what's been their feedback?

A. I made a point to visit as many sites and states as possible, from Anchorage to Orlando to Nevada to Massachusetts, and I wanted to get a feel for two things. One, those who use VA centers. The other, the people who work at the VA.

So two things were pretty clear. One, we do have [an] incredibly dedicated workforce. They understand they have a special mission. The second part is what I have conveyed to Congress, that once a veteran gets into the system, [the veteran is] pretty happy with the service and the medical attention that [the veteran] gets, which runs counter to what you read in a lot of publications.

So, if that's the case, then what is the real obstacle to VA becoming the 21st century health care administration? It's probably administrative. It's getting people into the system, cutting down the number of hoops that an individual has to jump through to reach the VA. We've done a lot of things.

We just launched our new VA.gov, which consolidates hundreds of websites down to just a handful.… Our community caregiver program - we've gone from multiple programs to one to make it easier for those using our services to navigate. It is a question of bureaucracy, and that also entails modernizing our IT system …

Q. Are there other administrative efforts still in the works?

A. Oh, sure. The most important, in terms of IT, are the electronic health records. That is something that I had responsibility for first as the undersecretary of defense [for] readiness.

I use my father as an example. Multiple decorated combat soldier. Three Purple Hearts. … At the end of his career, he came out of service needing two knees, two hips and [had] lead in his body from Cambodia in 1970. As a result of that, [he] carried around an 800-page record, and there was one copy. We can no longer do that to our veterans.

Q. Will it make filing claims a smooth process?

A.  Well, that's already being done with our rapids claims process that has been put in place. We've reduced the number of outstanding claims by the tens of thousands just in the last year. That's been on track for a while, and we're very proud of our ability to answer those claims and questions rapidly. ... The electronic health record, because it involves the Department of Defense, it's going to take a little longer to implement.

Q. The GI Bill - people were having trouble with stipends. What is the status of that? How is the VA working to resolve it so that it doesn't happen again?(Editor's note: Read the latest on the GI Bill here.)

A.  Let's take a step back and describe what actually happened.

There was an increase in terms of - let's just use the word “COLA” - an increase in the housing allowance of less than half of 1 percent, so we're talking about $69 in most cases. The system could not handle that. …

We were directed by the Congress to recalculate that housing allowance based on the student who's already in the system and registered in South Carolina suddenly going to Boston for an internship or clerkship, and that brought an old system to a halt.

We have asked anyone who has a hardship to tell us. We have about 800 cases that have been identified across the country that we've put to the top of the list. No one has been evicted from schools. All of our universities and colleges are working with us with this delay. We know about them.

We just happen to be right now in spring registration, so there's a whole new influx of claims coming in for students who are coming into spring semester to start in June. But we've got a good handle on it. I received numerous complaints that veterans in New York City were being evicted coming from some elements of government up there and we asked them for details - couldn't give us any.

So, one of the things we have to fight here at the VA, we've had a tradition - and it's not a good tradition - of having the department run by anecdote. When, for a department this size, we need facts and figures because we are so big: 370,000 employees, $200 million budget, 173 hospitals, 1,200 clinics, not to mention the benefits that we handle.

We are doing these corrections deliberately and carefully, and we're doing everything we can to make sure that there's no hardships.

Q. One of your top priorities is improving customer service. Tell me where you're at with that, what are the things you've identified to improve it, how are you going to measure how it's being improved?

A. I mentioned that our problems are primarily administrative and bureaucratic. But if a veteran has a bad experience when the veteran calls for an appointment, then walks into a medical center or clinic and is not greeted properly, that could lose that veteran to the VA for a lifetime. So we are looking at how to better train, how to better compensate, how we make [the veteran's experience] more robust.

We have outstanding leadership in our veterans experience office that's run by Dr. Linda Davis, a retired colonel, someone that's seen the Army from every aspect, speaks the language, understand the culture and she is out there not only bringing more volunteers in the system, but making sure that the people we have on the payroll know how to communicate with the people we serve. I'm happy to say that in the last few months, the satisfaction rate for both patients and those who work in VA is on the upswing. We haven't seen that in decades. I think that is part of a cultural change, a change in terms of the temper of the organization, where the waters have been calmed and the problems of this department, certainly in the first six months of this department are behind us.

And I'm very proud to be part of an organization that I really believe has the most noble mission in the federal government.

Q. You've committed to Congress your willingness to and resolve some of the issues related to Blue Water Navy benefits. Where are you with that, how do you move forward, and what do you see as the next step?

A. Well, the way I move forward, I've been in constant contact with the leadership of Congress. I have said publicly and under oath that I rely on science.

We have to rely on science for everything that we do here because we are also custodians of the taxpayer dollar. I welcome all opinions.

But my position has been, not only rely on the science, you look at the history, but we also [look at] the funding mechanism. And if you go back to my testimony, my objection on the funding was that for the first time, we were going to charge veterans to pay for their own services by increasing the amount of money that our veterans had to pay on home loans, and that to me is not fair to those who have borne the battle. But again, I'm in constant contact with the leadership in Congress and we're working toward a solution.

Amanda Dolasinski is MOAA's staff writer. She can be reached at  amandad@moaa.org . Follow her on Twitter @AmandaMOAA. 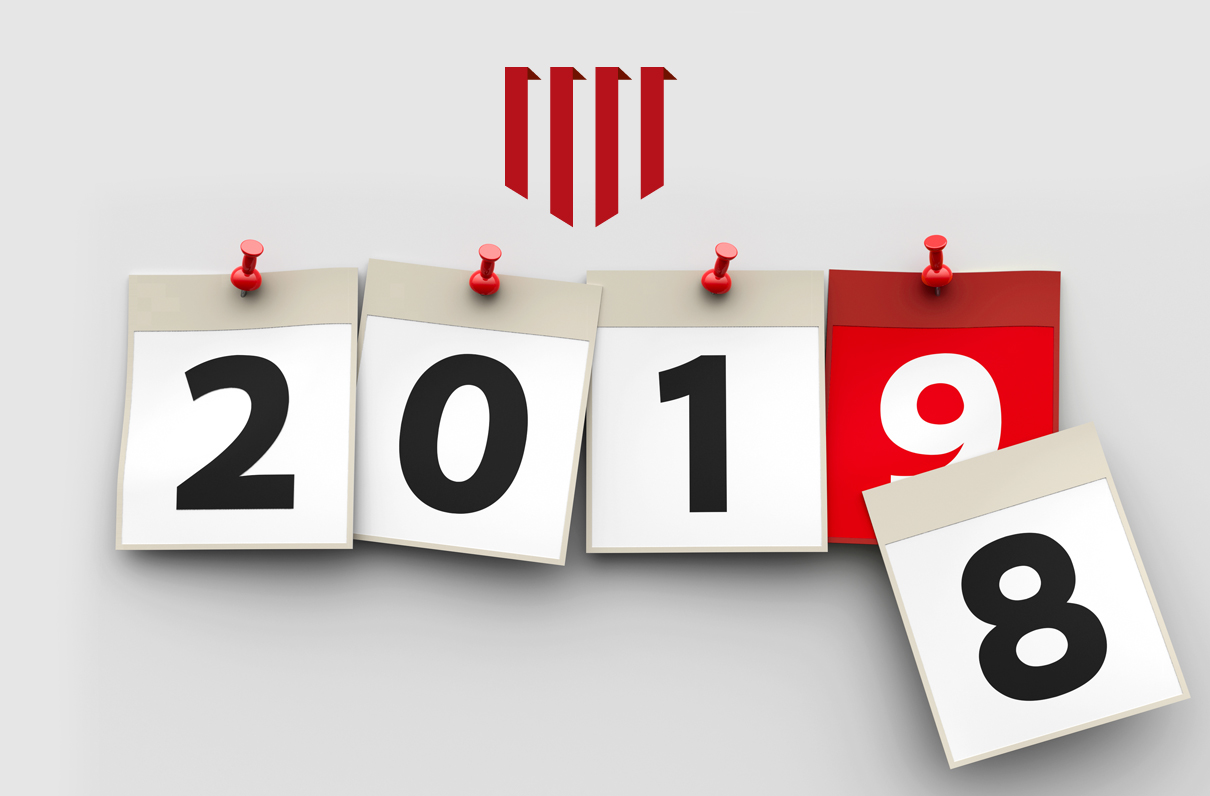 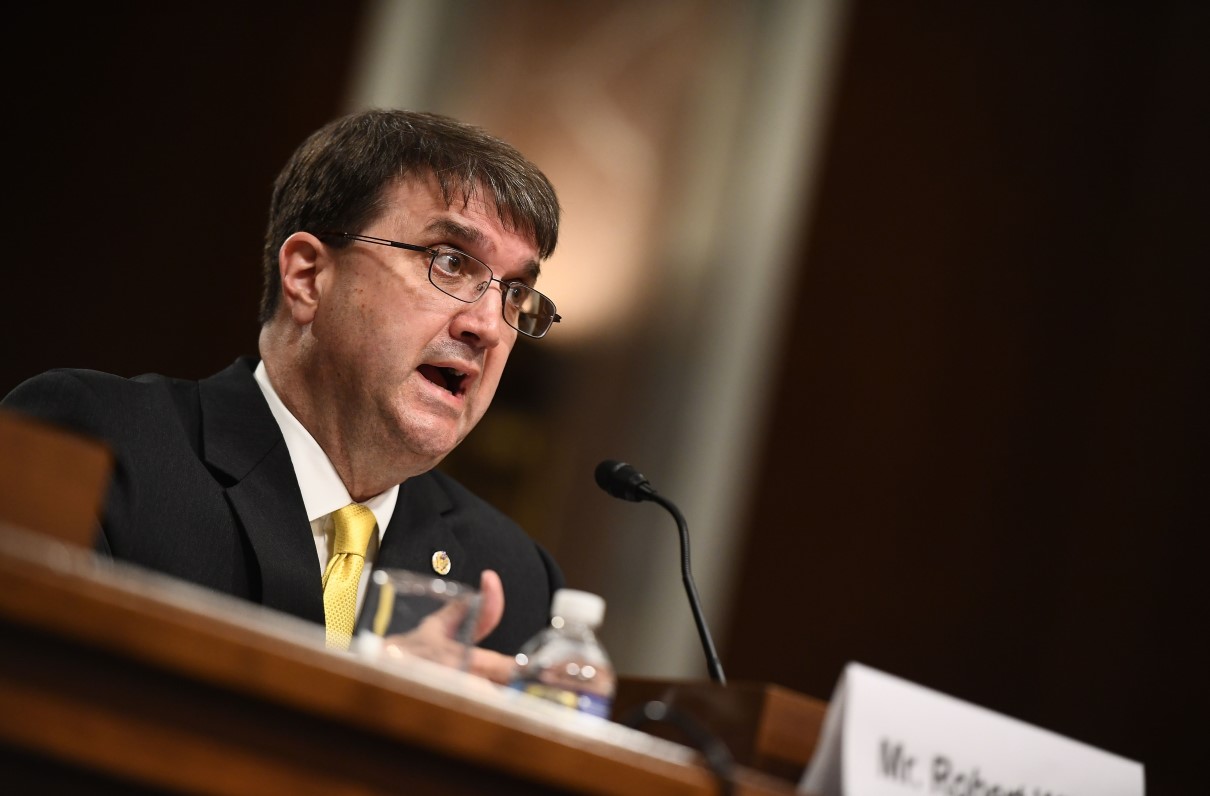 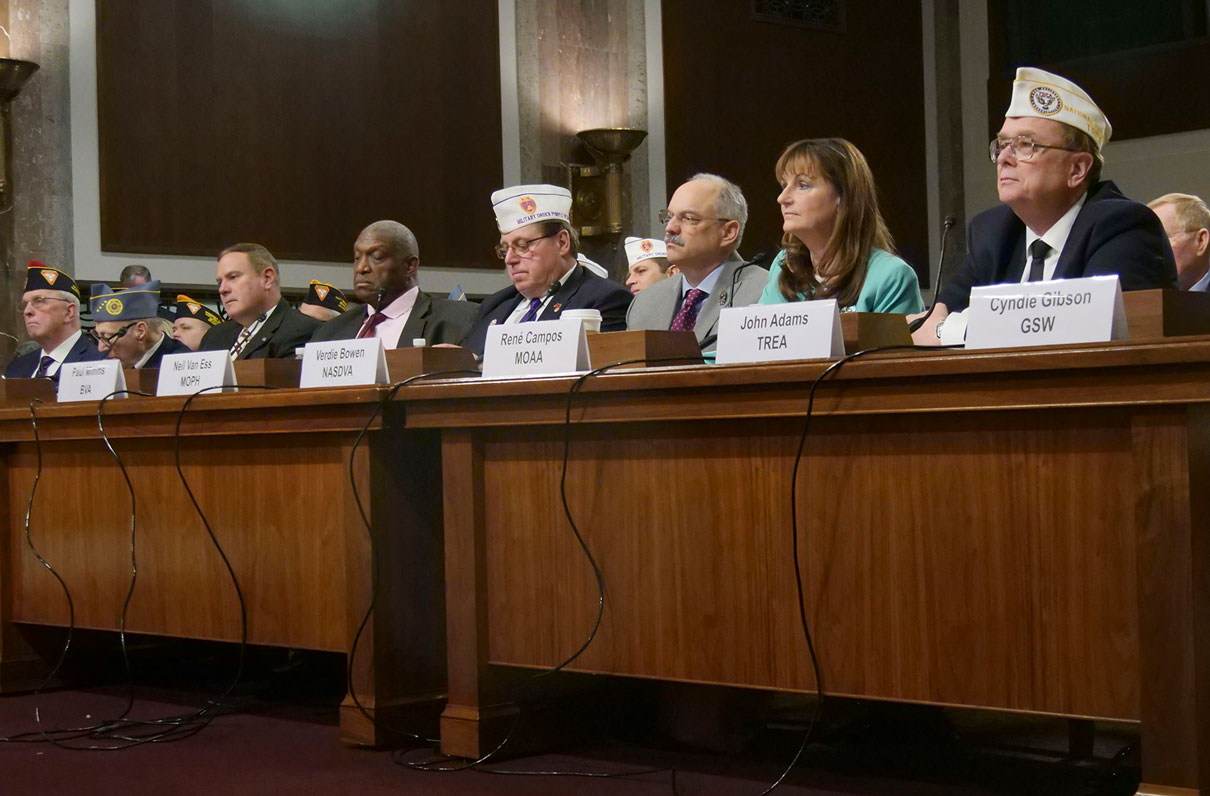