Army Lt. Col. Drew Morgan has long imagined what it would be like to travel among the stars and gaze at the Earth from space.

“The first thing I want to do is go to the window, called the cupola,” he said. “I can't wait to take a look out the window for the first time.”

Related: Army Doctor Will Make History During His 2019 Voyage Into Space

The observatory window on the International Space Station offers a 360-degree view. Morgan has long wanted to see his own planet from that unique vantage point, but never imagined he'd have the chance.

The emergency physician who was based out of Brooke Army Medical Center, Texas will be the first Army doctor to head into space. NASA will launch him to the International Space Station in July 2019, just a year after President Donald Trump announced the creation of a new Space Force.

“I think it emphasizes the importance of having a DoD presence in space,” Morgan said of the move. “This will generate a lot of discussion and the best way to have that.”

Morgan will launch aboard a Russian rocket and spacecraft as part of Expedition 60/61.

Morgan traces his own fascination with space to his childhood in Texas, where his father was a dental resident at Lackland Air Force Base. He recalls standing outside his family's home, where he could watch space shuttles transported from Florida to California via Boeing 747s.

“It definitely started when I was young,” he said. “While I did end up in the Army, I have always had an interest in aviation.”

When he was a fourth-grade student, Morgan wrote a letter to the late Navy Capt. Alan Bean, who was part of the Apollo program. Bean was the fourth person to walk on the moon.

“I was so thrilled when he wrote back,” Morgan said. “It was a life-changing moment that inspired me to become an astronaut.”

Following in Bean's footsteps seemed like a long-shot, so Morgan said he focused on what he knew he could achieve.

Inspired by his father's service and devotion to young airmen, Morgan decided to pursue a career as an Army officer. He was thrilled to learn he was not only accepted to West Point in New York, but that he would be studying medicine as he had hoped. 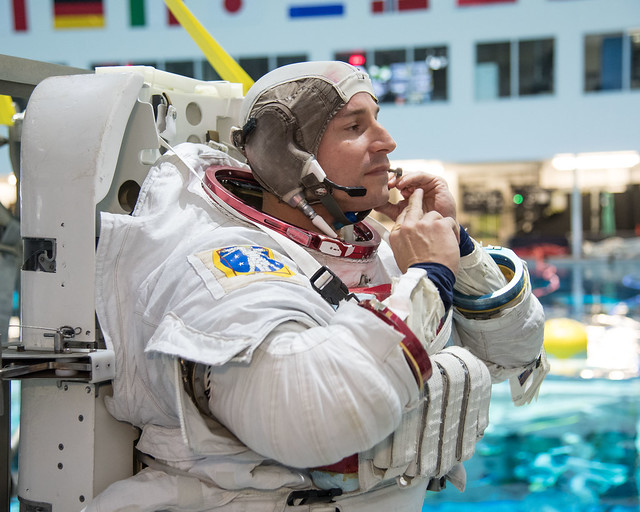 Morgan also joined the West Point Parachute Team, the Black Knights, and earned a Collegiate National Title in competitive skydiving. When he graduated in 1998, he attended the Uniformed Services University of the Health Sciences in Bethesda, Maryland.

His Army career began as an attending physician at Womack Army Medical Center at Fort Bragg, North Carolina. His next assignments, through the U.S. Special Operations Command, put him in direct support of combat operations in Iraq, Afghanistan and Africa.

It wasn't uncommon to for him to patch up a soldier in a far-flung country, using whatever clean tools he had. For Morgan, caring for troops in a harsh environment was his calling.

“One of the hallmarks of military medicine is practicing in austere environments - less-than-comfortable conditions, constrained resources, extremes of temperatures, lack of lighting, improvised equipment and patterns of injuries that don't occur in the normal industrialized environment,” he said. “I have always pursued every opportunity to practice medicine in that environment over the brick-and-mortar medicine environment.”

As Morgan continued practicing medicine on the battlefield, he saw an announcement from NASA when the agency was searching for the next class of astronauts. Since he'd accomplished his goals in medicine, Morgan figured he'd apply.

The application process lasted about 18 months and requires several interviews. Morgan made it through, cut after cut.

In 2013, he joined a class of eight people who became NASA's 21st group of astronauts.

“In the end, I was shocked I was selected,” he said.

When Morgan began his NASA training in Houston, he was tasked with testing a new spacesuit prototype. The current suit is decades old, he said.

He was also required to learn Russian, the only language aside from English spoken on the International Space Station and control room on Earth.

The Army doctor also spent time in a weightless room - nicknamed the zero-gravity vomit comet - to familiarize himself with the sensation. He went through spacewalk training by donning his suit and walking underwater to simulate microgravity.

Morgan credits his training as an officer with preparing him for next year's mission in space.

“There isn't one piece of who I am that didn't come from the military,” Morgan said. “I'm well-equipped to be an astronaut because the military trained me.”

Amanda Dolasinski is MOAA's staff writer. She can be reached at mailto:amandad@moaa.org. Follow her on Twitter @AmandaMOAA.