By 1939, the uneasy peace that followed World War I was crumbling. As international unrest steadily escalated, the Army Nurse Corps and Navy Nurse Corps increased their recruiting efforts to build up a presence in the Pacific. Many military nurses in Hawaii considered an assignment in the tropical paradise irresistible, the ultimate adventure. As ordered, they packed dress uniforms and summer frocks - plus gas masks, just in case.

In early December, World War I Army surgeon Dr. John Moorhead traveled to Hawaii to present a series of lectures on traumatic surgery. His lecture Friday, Dec. 5, described how to treat traumatic wounds with new techniques like aggressive debridement and irrigation, directly applying sulfanilamide powder onto an open wound, and not immediately suturing or closing it. As the surgeon launched into his presentation Sunday, Dec. 7, the doors to the room burst open to shouts: “Surgeons needed at Tripler ASAP!”

The quiet morning had erupted into all-out chaos and destruction, and nurses and other active duty and civilian personnel immediately rushed to their duty stations. Little did they know they soon would apply lessons learned from Moorhead's lectures.

What follows are nurses' insights reconstructing that day, compiled from letters, oral histories, and other first-person accounts. (For a complete list of sources, see the end of this article.)

At 7:55 a.m., only two of six nurses, 2nd Lts. Monica Conter and Irene Boyd, were on duty at Station Hospital Hickam Air Field when they heard engines roaring and then crashing. As Conter later recounted, “Numerous planes were diving ... each setting off an explosion and a great mass of black smoke.” The nurses could see waves of Japanese bombers. Then blasts rocked the 30-bed hospital, and they lost power.

The hospital was three blocks away from the barracks along Hickam's runway, where the bombs hit first, 2nd Lt. Sara Entrikin recalled. In minutes, injured men began to arrive. But so did nurses, physicians, corpsmen, and volunteers, who moved patients downstairs in the dark. Staff rendered first aid and dispatched serious cases to Tripler.

An hour later, the Japanese dropped bombs again, shelling buildings, automobiles, and fleeing pedestrians. Hickam Hospital shook once more as a bomb landed 60 feet away. As fumes and smoke streamed into the building, nurses realized their gasmasks and helmets were back in their quarters. Pharmacy staff prepared morphine in syringes that held 10 doses each, and nurses performed triage, administering morphine and tetanus antitoxin. They marked the letters “M” and “T” on the foreheads of those they had medicated; there were no attempts to maintain health records.

Deafening noise came from planes crashing into ships, bombs bursting in every direction, machine guns strafing from aircraft, and the return fire of antiaircraft artillery. The sounds of screams prevailed, further dampening everyone's hearing. Within minutes, the thick choke of burning petroleum had replaced the tropical fragrances of plumeria and hibiscus. The morning, once clear and bright, grew hazy with billowing black smoke.

Without electricity, nurses felt their way around in the dark. Smoke and debris left a gritty feeling in their mouths, but water was not always available; furthermore, many feared the water supply had been poisoned. They saw, touched, and smelled blood in all stages of clotting. With bare hands, they cared for hundreds of soldiers, sailors, airmen, Marines, and civilians.

Chief Nurse Lt. Grace Lally, USN, was dressing for church when she heard machine-gun fire and planes flying too low. From the vantage point of USS Solace, anchored in the East Loch of Pearl Harbor, she saw a dive-bomber hit the smokestack of USS Arizona (BB-39). The battleship was fully submerged in nine minutes, killing 1,177 sailors and Marines.

Emergency care commenced immediately on board the Solace, which was equipped with operating rooms, labs, diagnostics, and 432 beds. Navy Lt. Agnes Shurr later recalled how Solace's sailors, who were “in their dress whites waiting to go ashore on liberty,” shifted gears to board launches and rescue men in the water amid boiling fuel. Solace “received casualties almost immediately,” and nurses “worked through the day without stopping.”

When Navy Lt. Teresa Duggan saw ships in flames, she was grateful the entire fleet was not in port. Hundreds of young men sustained burns as they were blown or jumped from burning ships into boiling water or flaming oil, so the hospital ship “soon had a full patient load.” This was the first time she had administered morphine without an order.

When Navy Lt. Ruth Erickson - who later in her career would become the 10th director of the Navy Nurse Corps - heard planes roaring too close overhead, she instantly determined the aircraft were foreign. She dashed through a shrapnel shower in the smoky haze from her quarters to Naval Hospital Pearl Harbor. By 8:25 a.m., all battle stations, wards, and operating rooms were fully functioning. Some injured sailors were transported by launches; others swam and crawled in. “How they ever managed, I'll never know,” said Erickson.

Navy Lt. j.g. Helen Entrikin, Sara's twin sister, realized “the regular operating rooms were ... backlogged,” so she ran through the hospital collecting narcotics and supplies, and converted a dressing area into a mini-operating theater.

Colleague Navy Lt. j.g. Lenore Terrell described how “ambulatory patients immediately left the hospital to get back to their ships.” Some left to help “rescue their buddies,” then slept “on the floor under their beds to make room for them.” She described the spirit of cooperation among hospital staff as “unbelievable.”

At 7:45 a.m., Army nurses and corpsmen had wheeled orthopedics patients onto the porch of Schofield Barracks Station Hospital to watch football. The spectators waved at the low-flying aircraft until they recognized the rising suns on the planes. Bombing, followed by machine-gun strafing, commenced. Rushing to wheel their charges back into the building, Army 2nd Lt. Myrtle Watson was tackled to the floor by a patient. She saw two heavy bullets lodged in a door frame, right where she had stood previously; they would have cut her off at the knees had her patient not intervened. Nurses cut patients out of traction, piled mattresses around them, and began treating incoming wounded.

The commotion woke Army nurse anesthetist 2nd Lt. Mildred Irene Clark, who would later become the 12th director of the Army Nurse Corps. She recalled the Japanese pilots were flying so close she could hear radio communications between them. She ran to the hospital, where all nine operating rooms soon were busy. She moved tirelessly from one patient to the next, administering anesthesia, plasma, IV fluids, and medications. Nurses provided other forms of comfort as well, such as joining men in prayer, reciting Psalms, and closing the eyes of the dead.

Army 2nd Lt. Anna Urda was already at Tripler General Hospital at Fort Shafter - as a patient with a facial infection - when the bombing started. When she saw a flash and explosion at the pineapple cannery fuel tanks, she knew Pearl Harbor was under attack. Urda changed into her nurse's uniform and reported for duty. “Now I was in charge of the women's ward, where I [had been] a patient in the last hour,” she recalled.

Roommates Army 2nd Lts. Harriet Moore and Marguerite Oberson followed the noise outside; a Japanese pilot waved at them from above. “We felt lucky he didn't want to bomb a hospital,” Moore said. Later that day, Oberson's fiancée was killed, but she continued working.

The attacks and the staggering number of critically wounded young men - many in their teens - were horrific enough to shock anyone, combatants and caregivers alike. However, nurses reported many seriously injured men refused treatment, telling the nurses instead to treat those who needed it most, or pleading with clinicians to save their colleagues first.

By the end of the day, fatalities from two hours of airstrikes had risen to 2,400. Most of the dead were military men, the majority from USS Arizona, with another 429 from USS Oklahoma (BB-37). Despite the trauma of that day, Terrell reflected, “It brought out the best in people.” She could not recall any nurses who “fell apart.” Despite dealing with fear for their loved ones' safety or even grief, the Army and Navy nurses dedicated themselves to their jobs by working ceaselessly.

Lally later described how she mustered the courage to face and treat so many seriously wounded patients: “If they can smile, I guess we can. And look, they are smiling.” 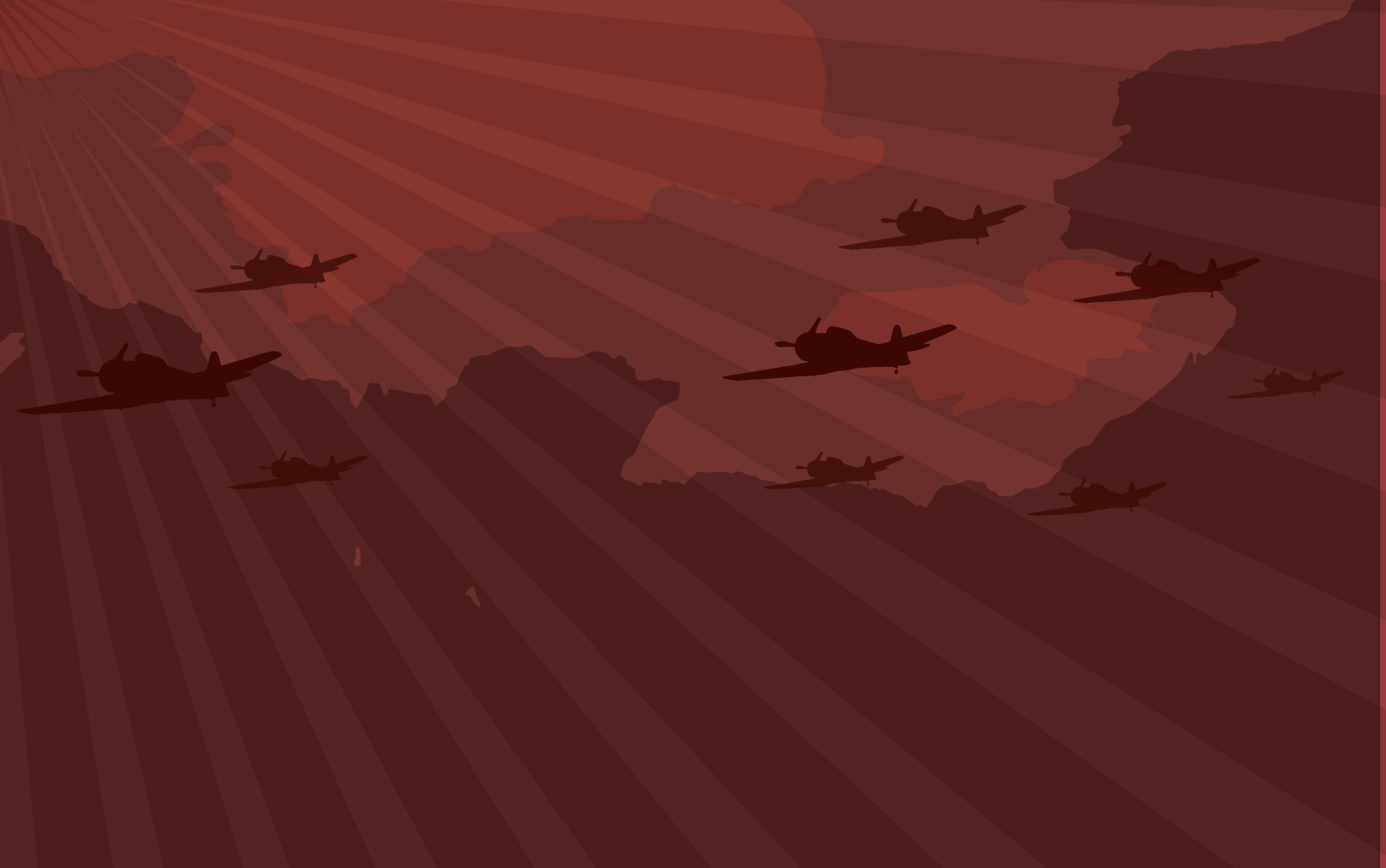 A look back at Pearl Harbor 75 years after the attacks. 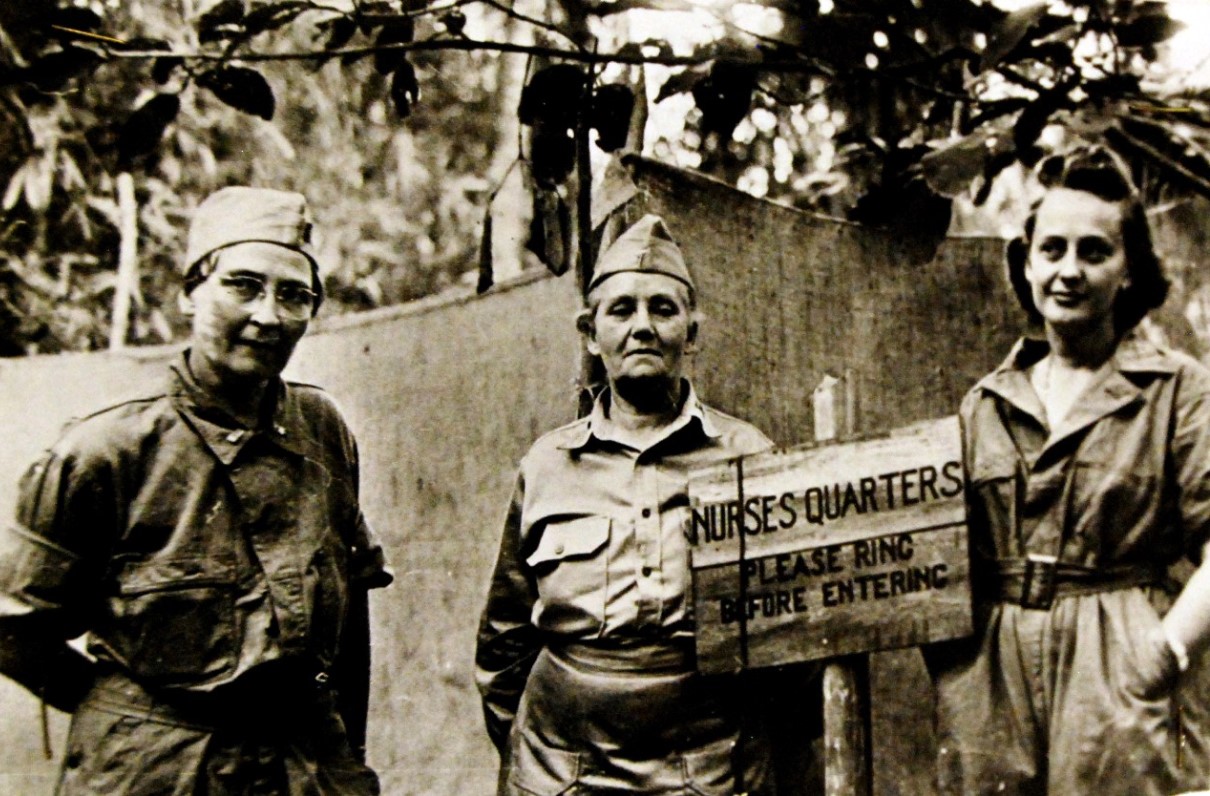