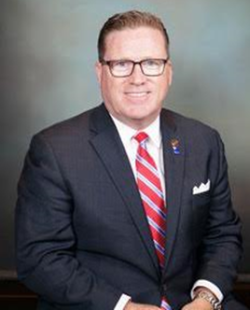 Prior to joining American Corporate Partners, Tim was a U.S. Marine who specialized in electronics while serving his country. As a Marine, Tim served in Guantanamo Bay, Cuba, attached to the minefield maintenance unit.

After leaving Cuba he finished his enlistment with the 8th Engineers Battalion in Camp Lejeune, N.C. After returning home, he went on to attend Kingsborough Community College.

His civilian career began in 1985 on the floor of the New York Stock Exchange as an electronics technician with the Securities Industry Automation Corporation (SIAC). While working on the floor he was approached to become a clerk with the specialist firm handling the stock of Westinghouse. In 1992, Tim set out on his own and became an independent floor broker. He nurtured and grew his business for seven years, purchasing a seat and becoming an active member of the Exchange Community before selling his business to Sanford Bernstein.

After staying on with Sanford Bernstein for a year, to ensure a smooth transition, he went on to manage LaBranche Financial Services and then became a partner at Prime Executions, managing seven seats and a full service brokerage unit. While an Exchange Member, Mr. Cochrane served as a senior Floor Official, a director of the Floor Members Emergency fund and he was appointed by the CEO to serve as a member of the NYSE Hearing Board and as an Exchange political liaison.

Away from the NYSE, in 2007, Tim ventured into the Real Estate world and started Empire Facilities and Project Management, a full service facilities management group. Adding to the firm, he also founded Empire Managed Properties as a subsidiary of EFPM to facilitate property management and real estate brokerage.

Today, Tim is the SVP of American Corporate Partners, a national nonprofit organization focused on helping returning veterans find their next career through one-on-one mentoring, networking and online career advice. At ACP, Tim helps manage the relationships of over 85 Fortune 500 companies and is responsible to continue to introduce new companies to provide mentors. Tim brings ACP’s mentorship program to tens of thousands of servicemen and women. He has built ACP’s national presence through speaking engagements and interviews in media outlets to include Bloomberg Television, CBS, FOX, Cheddar, WABC Radio, numerous print and trade magazines, blogs and social media.

Tim strongly believes in community activism. He has been part of the executive leadership of numerous political campaigns in New York City, as well as state and federal levels. He has served as a NYC Community Board Member and ran for a Congressional seat in 2008 for the 13th Congressional District. His philanthropic efforts include serving as Trustee and Chairman of Development for Daytop Village Inc., which provides substance abuse treatment for teens and adults; Board member for Samaritan Inc.; trustee for the YMCA Expansion Board and was a Founding Member of the Sisters of Life Advisors. For two years he was the Director of Development for Xaverian High School and Tim also served as an Officer of the Cathedral Club of Brooklyn, whose purpose is, in part, “to promote the moral improvement of its members.”