*We've removed Minot, N.D. from the list of "Worst" PCS destinations. Although this article is meant to be a lighthearted poke at PCS locations in general, we don't want to discourage the residents of Minot after suffering from a devastating flood a few years ago.

It doesn’t matter what branch of service you call your own, there are places you dream of being stationed — and others, well, not so much.

In short, you don’t want to PCS here:

Fort Polk — or Fort Puke,as it is known in some circles — is home to the Joint Readiness Training Center. Interestingly enough, there exists an “I hate Fort Polk” Facebook page where one member recently stated that “things get better in direct proportion to the distance you put between yourself and Fort Polk.” Harsh? Perhaps, but there might be some truth to the claim if having a good time is high on your priority list.The place is not known for its stellar nightlife.

The good thing about Fort Polk? If you get in your car and drive 196 miles to the west, you’ll find yourself in Houston. Now that’s more like it.

Fort Leonard Wood is a training installation, the Army’s Maneuver Support Center of Excellence. Ask anyone who has been stationed there and they will tell you the name of the post should be “Fort Lost in the Woods.” Those who aresingle or married or who have a significant other suffer equally while stationed here.

An Internet search on one site seems to confirm the obvious: No nightlife found in Waynesville, Missouri. For that, you’ll need to head over to St. Louis, a whopping two hours’ drive away.

On the plus side, this makes Fort Lost in the Woods a great place to save money.

Located in the southern Arizona desert is MCAS Yuma, the Marine Corps’ premier aviation training base. You will find sand, noise, heat, and more sand. One website enticing visitors to the city states the obvious: “OK, it’s not Vegas or New York, but …”

But nothing. If nightlife is important to you, consider hopping one of the daily flights out of Yuma International Airport to Phoenix or Los Angeles. Avoid travel to the drug cartel/crime-ridden south of the border for the time being. You’ll just have to buy your authentic tequila on base.

The good news? If you do find yourself stationed there, you will eventually leave.

GTMO is the oldest US Naval base and the only one located in a country where the U.S. doesn’t maintain diplomatic relations. Those stationed on the tiny island receive hardship pay — and for good reason. You’re stuck on an island, inside a barbed-wire fence, with prisoners and iguanas that ironically, have more freedom to come and go than you do. It’s easy to see why GTMO rounds out our top five places you don’t want to be stationed. 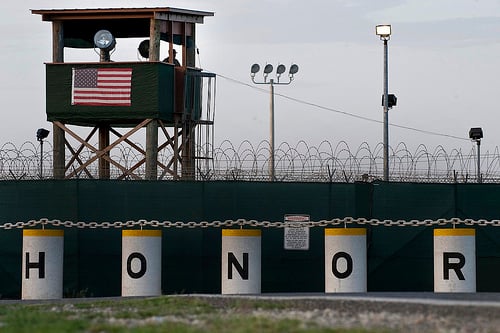 About the author: Janet Farley is author of The Military Spouse's Complete Guide to Career Success (Impact Publications, 2007) and The Military-to-Civilian Career Transition Guide (Jist, 2004).