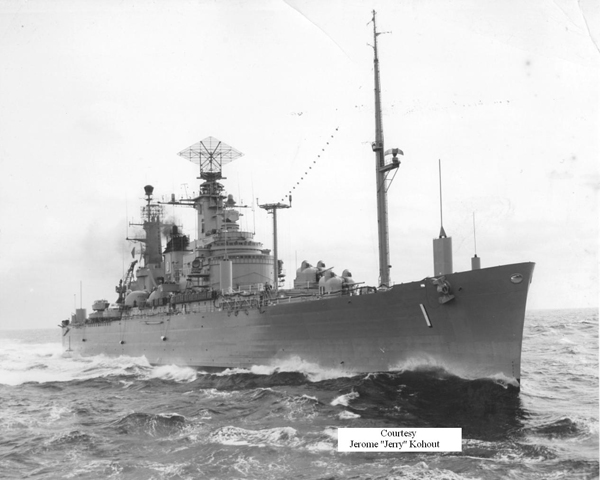 The USS NORTHAMPTON (CA-26) scholarship was established in 1985 by the USS NORTHAMPTON (CA-26) Reunion Association. The association consists of former officers and enlisted men who served and survived the sinking of the NORTHAMPTON in 1942. They formed the reunion association to retain their bond of friendship developed through their naval service aboard ship. They initially established a NORTHAMPTON (CA-26) scholarship fund to provide a living memorial to benefit children through advanced education, and in memory of the 49 shipmates who lost their lives in the sinking of the ship by Japanese naval forces in the Pacific during a continuing engagement on the night of November 30, and early morning December 1, 1942. The initial fund was subsequently transferred to the Military Officers Association of America, to administer.

The ship was named after the city of Northampton, Massachusetts. It was sponsored by Mrs. Calvin Coolidge, wife of then President of the United States and it was commissioned on May 17, 1930. In 1931, after a shakedown cruise and training with units of the Atlantic and Pacific Fleets, NORTHAMPTON was transferred to the Pacific Fleet and later homeported in Pearl Harbor, Territory of Hawaii. She was at sea December 7, 1941 when the Japanese naval air forces struck Pearl Harbor. After performing search operations as part of a task force under ADM William “Bull” Halsey, USN aboard USS ENTERPRISE in December, 1941 and January, 1942, NORTHAMPTON participated in many battles in the Pacific campaign from February through October 1942 including the Battle of Midway in June 1942. She was awarded five battle stars for these combat operations

The month of November proved to be critical for the ship. During the battle of Tassafaronga on November 30, 1942, shortly before midnight, NORTHAMPTON and other ships were engaged in a fierce battle with Japanese surface forces attempting to reinforce their land forces on Guadalcanal. During the engagement, she was struck by two torpedoes, tearing huge holes in her port side. She began to take on water and list. Three hours later, she began to sink—stern first. The Captain ordered that the ship be abandoned. So orderly was the evolution that the loss of life was surprising light. All survivors were picked up within an hour by U.S. destroyers. NORTHAMPTON lost 49 officers and men that night. The ship is considered “on station” because she rests on the bottom of the waters off Laguna Point. Her efforts during this engagement resulted in her being awarded her sixth battle star. The spirit of the ship is carried on by all who have been associated with her.

A second USS NORTHAMPTON was built and commissioned in March 1953.

She was a Tactical Command Communications Ship CLC-1. In 1961, she was redesigned CC-1 and became the Presidential Command Site Afloat. Presidents Kennedy and Johnson were to be taken aboard in case of an attack or disaster. The CLC/CC-1 was decommissioned in 1970 and in 1980 sold and scrapped. The shipmates of the CA-26 and CLC/CC-1 have joined together as the USS NORTHAMPTON Reunion Association and continue to support the Scholarship Fund.