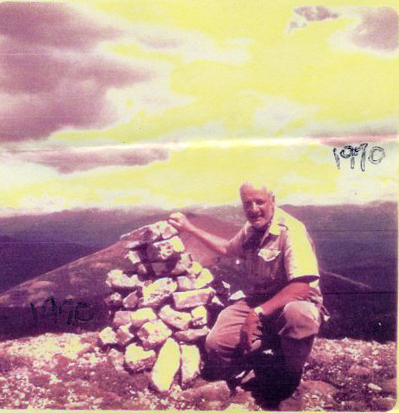 In 1916 on September 9,
was born a chap named Ellsworth Stein.

Ellsworth grew up in Rochester town,
and became a tool and die maker of great renown.

As a Boy Scout and leader for 60 years or more,
he taught many a lad to appreciate the great outdoors.

An officer in World War II was he,
and retired from Kodak and the military.

With his parents and later alone,
he lived eighty years on Bonesteel Street til one day he fell in his home.

He moved to St. Ann’s Heritage where the care is real fine
and the people there really liked Ellsworth Stein.

A member of Genesee Valley Hiking Club since 1945,
he’s done a lot to keep GVHC alive.

Both local and afar on water and land, he’s led many a trip,
and in GVHC and local clubs formed many a close friendship.

A bit gruff at times, most say he had a heart of gold,
though when necessary, his friends he’s been known to scold.

Good advice he was always ready to provide,
take it or leave it – you could decide.

Known for his ability to get things done
and for accomplishing tasks once he’d begun.

His friends think a lot of him – that’s plain to see
and he’s an important part of GVHC history.

So three cheers for Ellsworth Stein, he was quite a guy;
he’s done lots for others – to that we all certify.

We cherish the good times he’s shared with us all
and helped us remember – “Life can be a ball!” 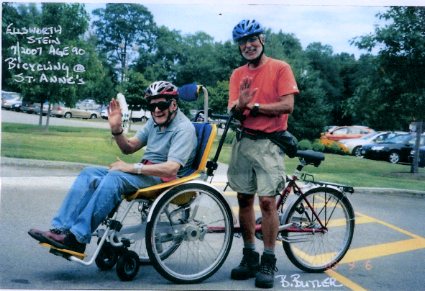