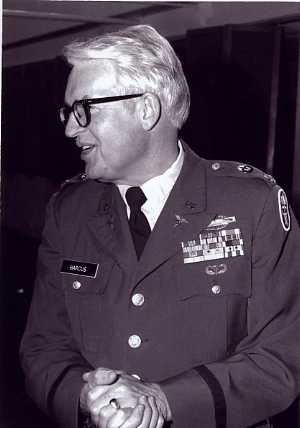 LTC Harcus served in the military for 32 years. His service included two tours in Germany and one year in Viet Nam. He received most of his education through the military. He was in the Medical Service Corps.

He was stationed at Madigan Army Medical Facility, Fort Lewis, Washington when he met Ramona, his future wife. Following his death, she wanted to do something by which Alan could be remembered. The most appropriate remembrance, it seemed to her, should be related to education. As a retired teacher, she strongly believed that the most important thing we can do for the youth of our nation is to see that they get a good education.