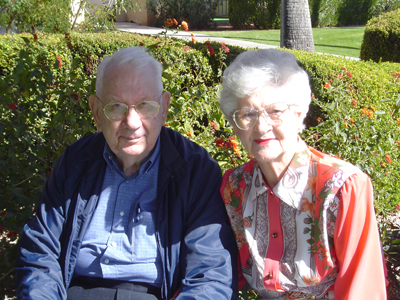 Max’s military career began when he was drafted in 1942. He went through Officer Candidate School and was commissioned in 1943 at Fort Sill, Oklahoma. Fort Sill became a familiar location, as he would be there five more times in the span of his career. During his 27-year Army career, his assignments took him to the Philippines, Germany, Korea, Japan, Puerto Rico, and Viet Nam. In 1955, he was assigned to the 5th Army Headquarters at Fort Sheridan, Illinois, where he me Verlice. Max retired from active duty to the Colorado Springs area in 1969. In 1977, he and Verlice married in El Paso, Texas. Then years later, they visited friends in Phoenix area and liked it so much they decided to stay and move into a life care retirement center, which they both enjoy.

Max and Verlice support the MOAA Scholarship Fund “because we want to help worthy students get the education they need to succeed in life.”