Arthur Frederick Gleim, Jr., known as Fred by his family and friends, was 25 years old when he was killed in action in Vietnam on August 4, 1970. A native of California, Fred lived most of his life in Palo Alto. He was a graduate of Pacific University in Oregon and attended the Graduate School of Business at the University of Santa Clara. His family was devastated by his loss. He was survived by his wife Dagmar, his parents Arthur and Marjorie Gleim, brother Bruce, sister Georgie and grandfather V.J. Wilson.

Fred, inside a bunker 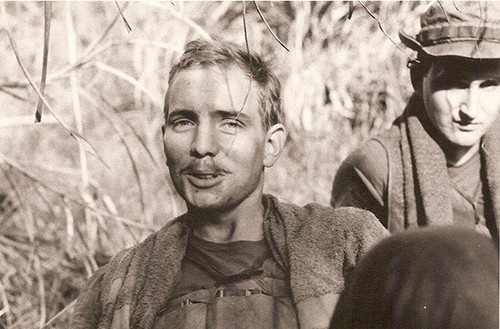 Fred in the field, last picture from Vietnam