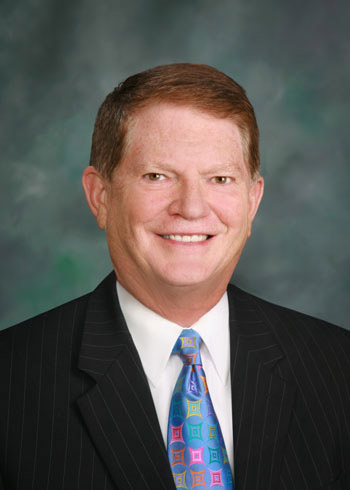 Rear Adm. Buchanan holds a Bachelor of Science degree in naval engineering from the U.S. Naval Academy in Annapolis, Md., as well as a Master's in Business Administration from the University of Nebraska in Omaha, Neb. He attended the Senior Executive Program in National Security at Harvard University's John F. Kennedy School of Government.

Buchanan currently serves as a Director and Secretary of the Government Security Committee for Wartsila Defense Inc. of Chesapeake, Va. He is on the Advisory Council of ThanksUSA, a nonprofit organization providing scholarships to military spouses and children. He is also a trustee with the Athletics & Scholarship Program of the Naval Academy Foundation. He also serves on the Service Academy Selection Board for the 16th congressional district of the State of Florida. He is the Employment Pillar Chairman for the Sarasota and Manatee County Mission United under the auspices of Sun Coast United Way.