When Hurricane Michael, one of the strongest hurricanes ever to hit the United States, made landfall in Florida, one military base took more than its share of punishment. Every structure on the installation, from military housing to the marina, sustained damage. Many of the buildings were considered “a complete loss,” according to the installation commander.

Congress will have a difficult time figuring out how to pay for the repairs. 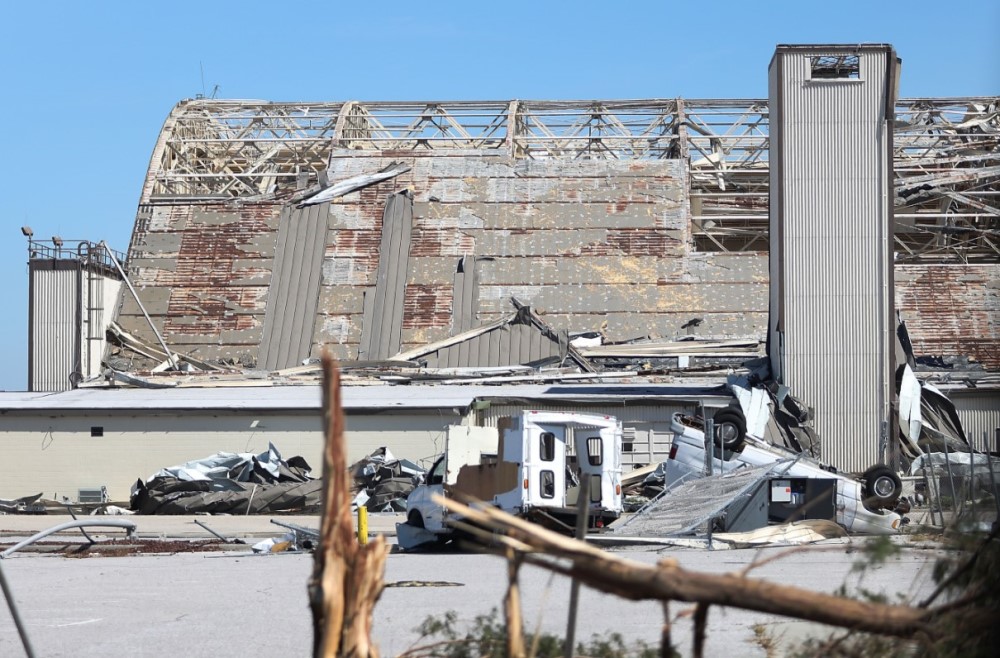 A damaged airplane hangar is seen on the grounds of Tyndall Air Force Base, Fla., after Hurricane Michael passed through the area on Oct. 12. (Joe Raedle/Getty Images)

Tyndall AFB, home to the F-22 training program, was forced to evacuate personnel and relocate some equipment before the storm made landfall.

The F-22 is the only fifth-generation fighter jet in operational service, and as many as 22 of the installation's 55 jets were left at the base. DoD has yet to say exactly how many were left behind or how extensively they were damaged.

According to DoD officials, the aircraft were left behind for maintenance or safety concerns.

Secretary of Defense Jim Mattis said he expects all of the aircraft to be repaired. That may be wishful thinking, as the estimated cost of the aircraft left behind at Tyndall is roughly $7.5 billion.

Congress is currently operating under a two-year budget deal that expires at the end of 2019. If lawmakers can't come up with a new agreement, DoD faces an automatic $71 billion cut to its budget in 2020.

Even if a new budget deal is realized, leaders on the Armed Services Committee say they expect a relatively flat - if not lower - defense budget in the near future.

How will Congress cover the cost of the largest expected military pay raise in almost a decade, fix a base that's home to 11,000 airmen and their families, and continue operating in hot and cold combat zones across the world?

One of the first places bean counters will look will be at health care fees. Lawmakers may look at generating revenue for DoD by increasing copays and fees for TRICARE to offset the necessary spending.

For instance, not only did pharmacy copays go up in 2018, but mail order copays for generics went from zero to $8. That affected millions of 90-day prescriptions to the tune of $32 per prescription per year.

[RELATED: The Outlook for TRICARE Fees in 2019]

By law, the annual military pay raise is tied to the increase in private sector wage growth. For 2020, it's projected to be the largest in a decade. The actual number will be announced at the end of October. To help pay for repairs, Congress or the administration may request a cap in military pay.

MOAA fought for years to eliminate a 13.5 percent wage gap. Reinstituting pay caps could renew a practice that inevitably leads to a recruiting and retention problem for the services, something the military certainly doesn't need as the Army missed its recruitment numbers for the first time since 2005.